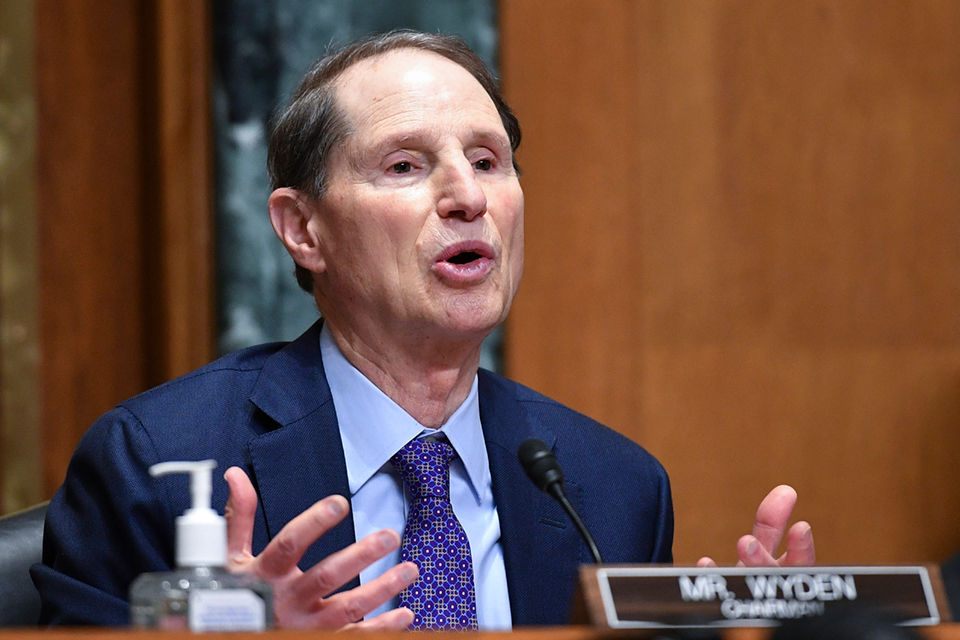 Wyden, who was first elected to the Senate in 1996, won the Democratic primary with 90% of the vote and faces two candidates in the general election, Republican Jo Rae Perkins and Oregon Progressive Party candidate Chris Henry.

Wyden, 73, chairs the powerful Senate Finance Committee and also sits on the Energy and Natural Resources, Budget and Intelligence Committees.

As legislative accomplishments, he points to his work on clean energy tax credits — including a key role in the passage of the Inflation Reduction Act — prescription drug price reduction measures, tax reform and boosting the semiconductor manufacturing industry.

Wyden is known for holding town halls in each of Oregon's 36 counties, with thousands of those gatherings taking place over the years.

He previously served in the U.S. House of Representatives, representing Oregon’s 3rd Congressional District from 1981 to 1996.

His Republican opponent, Perkins, has never held political office. Perkins, 66, from Albany, Oregon, previously made unsuccessful runs for the Senate in 2014 and for the 4th Congressional District in 2016 and 2018. She received 33% of the vote in the Republican primary.

Perkins, who has a background in the financial services industry, calls herself a “Main Street American” and has voiced support for QAnon conspiracy theorists. She questions the validity of President Joe Biden's 2020 victory, opposes COVID-19 mask and vaccine mandates and does not support abortion for any reason.

Third-party candidate Henry, a truck driver and airplane mechanic, also ran for Oregon Commissioner of Labor and Industries this year but was defeated in the May primary.