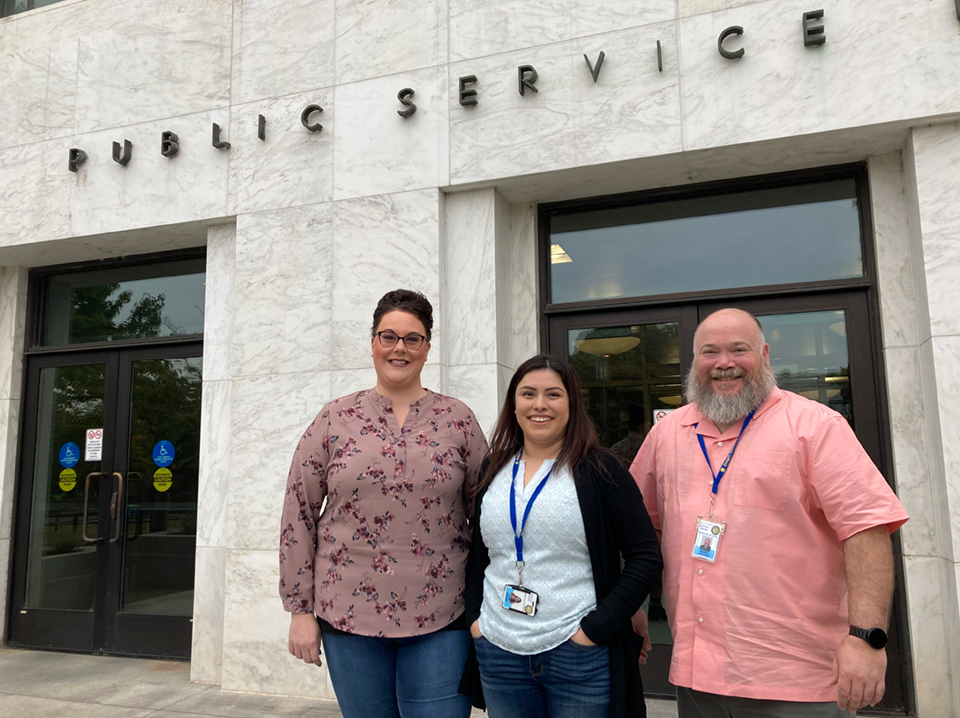 SALEM, Ore. (AP) — As complaints about elections, many of them unfounded, pile up around the country, investigators tasked with dealing with them find themselves on the front line of defending the integrity of America’s system for choosing local, state and national leaders.

In blue states like Oregon and red states like Idaho, elections officials say investigating the complaints is critical for maintaining voter confidence. Many are dealing with a sharp increase of complaints in the runup to the 2022 midterm election after unfounded claims of rampant voter fraud in 2020.

In Oregon, the front line crosses the desk of Alma Whalen, a 28-year-old who oversees election law investigations, campaign finance disclosures and compliance for the state's elections division.

At least 204 accusations have been filed this year, according to a complaints log obtained through a public records request. The complaints include accusations of campaign finance violations, public employees campaigning while on the job, and someone yelling about signs on lawns.

Almost 20% of the accusations are about purported crimes. Details on those are exempt from disclosure under Oregon law and weren’t included in the document.

Helping Whalen sort through hundreds of complaints are Russ Buttram, who spent 20 years in the Marines and the next five as executive director of operations for a school district, and campaign finance expert Amanda Kessel. Their cubicles are next to Whalen's in the elections division office in Salem, Oregon's capital city.

Buttram started the job this year because "this seemed like a place where I could make a difference, where the work was important.”

Written on a whiteboard in Whalen's cubicle, next to her to-do lists, is the phone number of an FBI agent to call in case of trouble.

“Not only are we seeing more requests for investigation and more cases that we’re having to work on, we’re facing a lot of pressure from people to come up with a certain decision that favors them,” Whalen said, adding that some people try to barge into the office to make demands.

On her bookshelf is an inspirational slogan that once adorned an Oregon newspaper: “No favor sways us, no fear shall awe.”

Investigators like Whalen are becoming more in demand, and more important, as elections and political campaigns become more contentious and divisive. For the first time in Oregon, Whalen's position received full funding from the Legislature in 2021. In the 2023 legislative session, lawmakers will be asked to provide funding for two more positions, said Ben Morris, spokesman for Secretary of State Shemia Fagan.

“Having dedicated staff for investigations is critical,” Morris said.

Trust in America’s elections was shaken by former President Donald Trump and his allies claiming widespread fraud in 2020, but there is no evidence to back up those allegations. Numerous judicial rulings have rejected Trump’s unfounded claims.

In Idaho, a Republican stronghold, Ada County Clerk Phil McGrane is in charge of elections in the state's most populous county. Neither he, nor the Idaho secretary of state’s office, has an employee dedicated exclusively to investigating election complaints, McGrane said.

But the secretary of state works with the attorney general's office on them, said McGrane. McGrane is likely Idaho's next secretary of state, having won the Republican nomination. McGrane said he believes that the 2020 election was conducted properly and that Joe Biden won the presidency.

In Ada County, which encompasses the state's largest city of Boise, McGrane's elections staff investigates complaints, which are often about campaign finance.

“It is important that we do these investigations,” McGrane said in a telephone interview. "And I think now, more than ever, the whole issue of voter confidence has been rattled."

"It’s really important, as election officials, for us to pursue those cases so we can show that we're following through.”

Another fairly common complaint in Idaho is felons voting before completing their sentence, McGrane said. He added, though, that voter fraud is rare.

“I’ve seen two competing narratives as I campaigned over this last year: there’s rampant fraud and rampant cheating or the alternative, that there’s no fraud and no cheating," he said. “And the problem is, neither of those is true.”

“Cases do exist, but they’re not huge in volume,” he said. "Our elections are working properly. The system is working. And part of that is having people investigate these situations and hold people accountable when the law has been broken.”

"The public cares about it. It impacts every person who is interested in voting or wants to vote,” she said.

As for attempts at intimidation, she said: "Ultimately we hold the line. And I think that’s something election workers all around the country are doing.”