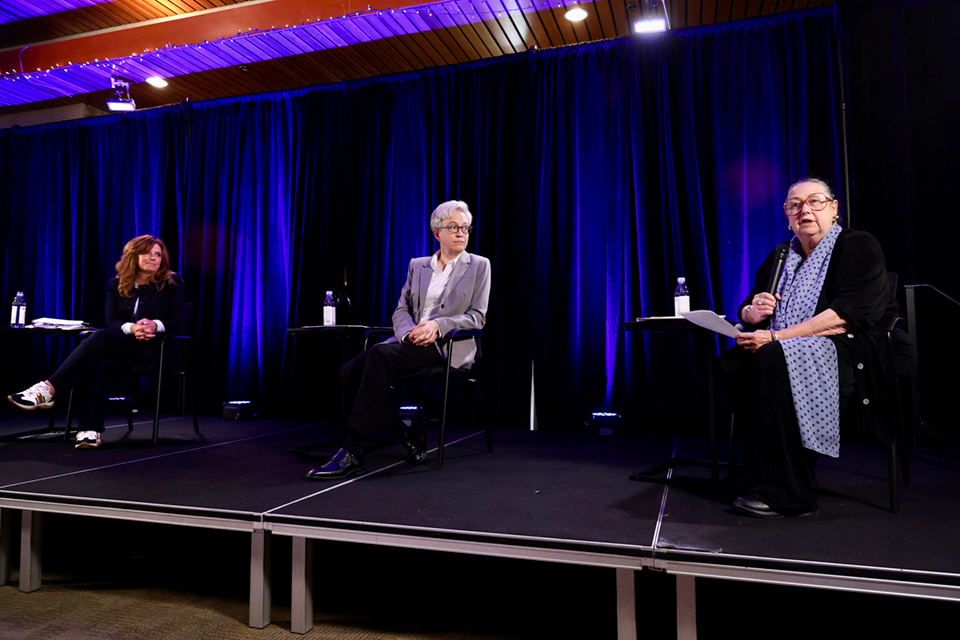 LAKE OSWEGO, Ore. (AP) — Progressive Jamie McLeod-Skinner made seven-term Rep. Kurt Schrader the first Democratic congressman to lose his reelection bid this year when she defeated him in their May primary.

His ouster from Oregon's 5th District, along with new boundaries that make the district a little less blue, is complicating Democratic efforts to hold the seat in the November midterm elections.

The 5th District isn't the only surprisingly close contest for Democrats in Oregon: The party is under siege in a closely watched gubernatorial race and the newly formed 6th Congressional District is also competitive.

“It seems like there’s more opportunity for Republicans in Oregon than they’re used to having, and of all the competitive seats this is the most competitive,” said Kyle Kondik, an elections analyst with the nonpartisan University of Virginia's Center for Politics.

“Oregon has been a headache for Democrats this election cycle," he added.

Rapid growth made Oregon one of just six states to gain an additional seat in the U.S. House following the 2020 census. The state’s population jumped by more than 10% in the past decade to 4.2 million people, giving it the new 6th District but also radically changing the outlines of the neighboring 5th District.

The 5th's new boundaries cut out the state’s central coast and shift the district dramatically to the east, stretching from tony suburbs in Portland’s southeast to central Oregon, a rural and more politically conservative region that also includes the left-leaning city of Bend.

McLeod-Skinner, who lives in central Oregon, has some name recognition from an unsuccessful 2018 congressional run in the 3rd District before redistricting drew the area into the 5th District. Chavez-DeRemer is a newcomer on the national stage, but earned a reputation for bipartisanship and budget transparency as mayor of Happy Valley, a rapidly growing suburb at the far eastern edge of Portland's metropolitan area.

As buzz around the open seat grows, outside interests have opened their checkbooks.

The funding has resulted in a wall-to-wall barrage of TV ads and stacks of election flyers to voters in a district not used to such attention.

Democrats retained a slight voter registration advantage in the newly drawn district, but to win both candidates must court unaffiliated voters, who make up a third of the electorate. The district as it is currently drawn would have gone for President Joe Biden by just under 9% in 2020 — not a significant difference from how it voted under the old boundaries.

“On paper, it’s a close district, it’s an open seat and it’s a year where Republicans have a lot of advantages,” said pollster John Horvick, vice president of DHM Research. He said homelessness and crime are “the main issues that voters are going to take into the voting booth," perhaps even more than abortion rights, which are protected by Oregon's Constitution.

"If this were a neutral year, you probably would expect the Democrats to have a good chance of holding it. But ... I think that the environment is just more favorable towards Republicans right now.”

Against that backdrop, attorney and consultant McLeod-Skinner has sought to highlight Chavez-DeRemer's contradictory statements on abortion and doubled down on the issue on the campaign trail.

Chavez-DeRemer tweeted in May that she would “be in favor of passing legislation like the heartbeat bill," which would ban abortion after six weeks — a time when most women don't know they're pregnant. But in an interview with KGW-TV this month, Chavez-DeRemer said she supported abortion up until the end of the first trimester — or 12 weeks — and insisted, under follow-up questioning, that she had not changed her position.

In an interview with The Associated Press, Chavez-DeRemer said she would not vote for a federal ban on abortion it came before her as a congresswoman and she supported abortion in the first trimester in instances of rape, incest or to protect the health of the mother.

“I don't want to see it on the floor of Congress,” she said.

McLeod-Skinner said in a recent debate that although abortion is protected by Oregon law, it was “disingenuous” to think a bill to ban abortion at the national level wouldn’t come to the floor of Congress.

“It will fall on Congress to make this decision. We’ve seen it queued up,” she said.

Chavez-DeRemer has tried to move away from abortion by hammering on issues that have recently plagued Oregon, like homelessness, opioid addiction and escalating crime in Portland. She paints her opponent as a far-left radical who wants to defund police and frequently employs GOP talking points about inflation, out-of-control government spending and the need to get out from under “one-party rule.”

With the district so narrowly split between parties, the outcome in the election may come down to suburban women who are concerned about both quality-of-life issues like crime and homelessness but who also want to preserve abortion access, said Christopher Stout, an assistant professor of politics at Oregon State University.

“I think suburban women are really concerned about the Dobbs decision and the effect it’s going to have on their reproductive rights... but they're also concerned about crime and homelessness,” he said.