$40K Awarded to Woman Injured by Portland Police at Protests 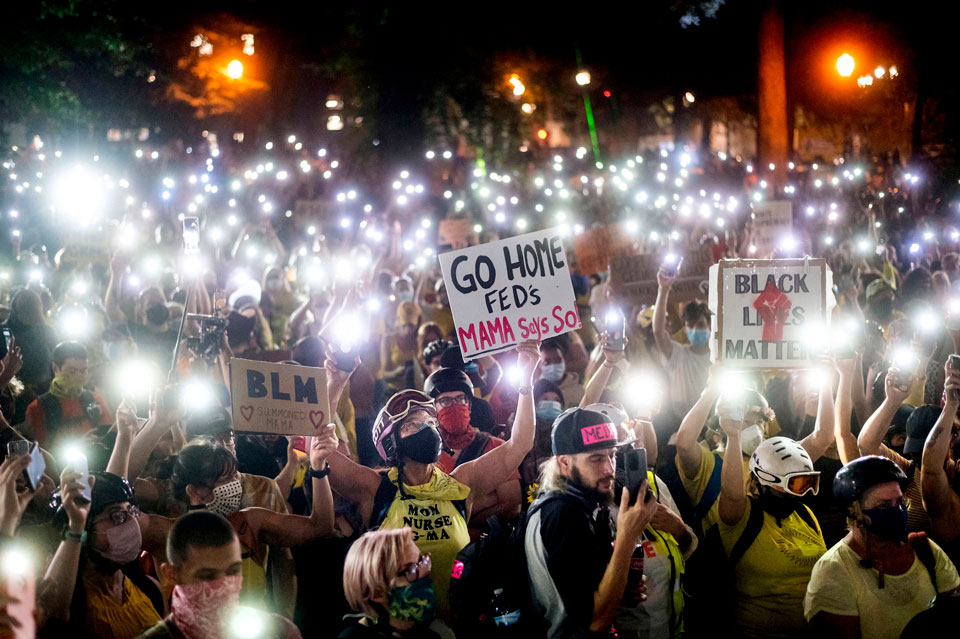 PORTLAND, Ore. (AP) — A jury on Tuesday awarded $40,000 to a woman who sued the city of Portland, Oregon, over police use of force at a 2020 protest against police brutality, agreeing police used unreasonable force against her and committed battery.

Erin Wenzel sued the city for assault, battery and negligence, claiming that on Aug. 14, 2020, an officer “ran at her and violently slammed into her with a nightstick” while she was leaving the area as police had instructed, Oregon Public Broadcasting reported. After she stood up, she said another officer pushed her.

Jurors heard from medical experts during the trial who confirmed her arm was broken and that she has PTSD, at least in part, because of the incident.

This was the first civil trial from the Portland 2020 racial justice protests to reach a jury. After the killing of George Floyd by Minneapolis police in late May 2020, protesters in Portland clashed nightly with Portland police and federal law enforcement officers from the U.S. Department of Homeland Security and the U.S. Marshals Service.

More than 50 similar lawsuits are pending against the city, and nearly two dozen Portland city attorneys and risk managers, as well as attorneys for plaintiffs involved in the pending lawsuits, at times tuned in to watch the proceedings.

The jury awarded Wenzel $14,106 for the battery claim and $26,166 in non-economic damages. They decided that the police did not assault her and awarded no damages for that claim. Wenzel had asked for $450,000.

Wenzel testified she didn’t think the police would use force against her since she was complying with their orders, likely negating the assault claim.

The jury also said the city was not negligent in how it trains police officers.

The officers who pushed Wenzel were never identified and there is no known video of the incident. During the six-day trial, the jury heard from Wenzel who said she was at the protest as a medic and that her helmet was marked with a red cross. She also testified that she never threw anything at the police or participated in vandalism.

After police rushed the crowd of protesters and pushed the group to disperse, Wenzel said she moved in the direction they had ordered.

Several officers testified they believed that protesters who moved slowly during dispersals were often providing cover for other protesters to escape and they were therefore allowed to use force.

Detective Erik Kammerer testified moving slowly or dispersing on its own does not warrant use of force but also said officers pushed intentionally slow walking people out of the way.

The U.S. Department of Justice specifically cited that logic as violating bureau directives.

Before the trial started, Multnomah County Circuit Court Judge Katharine von Ter Stegge limited admissible evidence to the approximately two-hour window Wenzel was at the protest. That meant video of Portland police pushing dispersing protesters on other nights couldn’t be used to show the city was likely aware of and took no action to stop officers from using the tactic.

The jury agreed that it is not acceptable for officers to push protesters for dispersing too slowly and that the city should be required to cover resulting medical expenses. The jury appeared less willing to award sizable monetary amounts for severe emotional distress and pain, a decision which could factor into settlement negotiations for the dozens of lawsuits pending against the city.