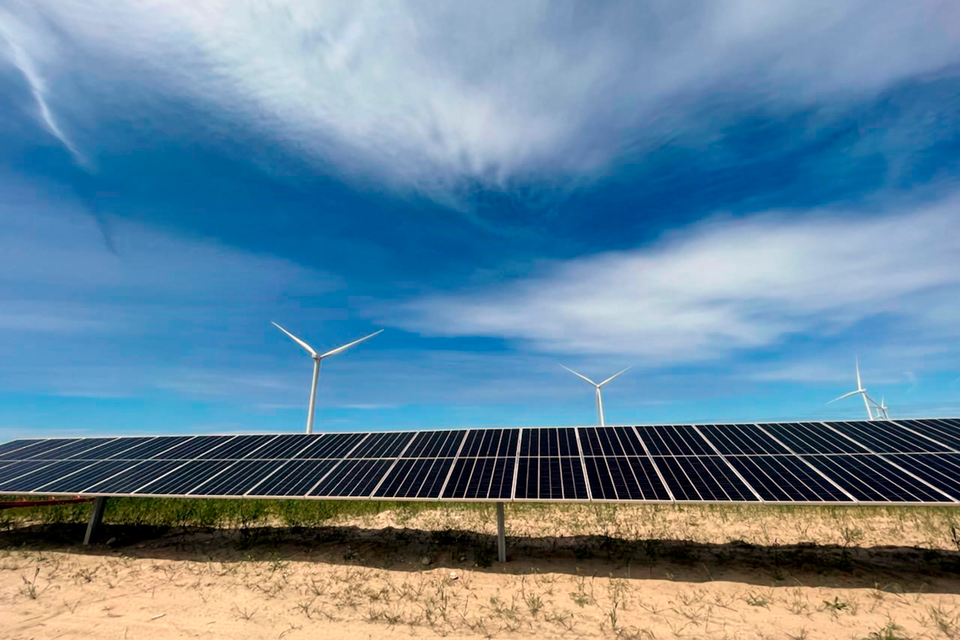 PORTLAND, Ore. (AP) — A renewable energy plant being commissioned in Oregon on Wednesday that combines solar power, wind power and massive batteries to store the energy generated there is the first utility-scale plant of its kind in North America.

The project, which will generate enough electricity to power a small city at maximum output, addresses a key challenge facing the utility industry as the U.S. transitions away from fossil fuels and increasingly turns to solar and wind farms for power. Wind and solar are clean sources of power, but utilities have been forced to fill in gaps when the wind isn't blowing and the sun isn't shining with fossil fuels like coal or natural gas.

At the Oregon plant, massive lithium batteries will store up to 120 megawatt-hours of power generated by the 300-megawatt wind farms and 50-megawatt solar farm so it can be released to the electric grid on demand. At maximum output, the facility will produce more than half of the power that was generated by Oregon's last coal plant, which was demolished earlier this month.

On-site battery storage isn’t new, and interest in solar-plus-battery projects in particular has soared in the U.S. in recent years due to robust tax credits and incentives and the falling price of batteries. The Wheatridge Renewable Energy Facility in Oregon, however, is the first in the U.S. to combine integrated wind, solar and battery storage at such a large scale in one location, giving it even more flexibility to generate continuous output without relying on fossil fuels to fill in the gaps.

The project is “getting closer and closer to having something with a very stable output profile that we traditionally think of being what’s capable with a fuel-based generation power plant," said Jason Burwen, vice president of energy storage at the American Clean Power Association, an advocacy group for the clean power industry.

The plant located in a remote expanse three hours east of Portland is a partnership between NextEra Energy Resources and Portland General Electric, a public utility required to reduce carbon emissions by 100% by 2040 under an Oregon climate law passed last year, one of the most ambitious in the nation.

“The mere fact that many other customers are looking at these types of facilities gives you a hint at what we think could be possible,” said David Lawlor, NextEra’s director of business development for the Pacific Northwest. “Definitely customers want firmer generation, starting with the battery storage in the back.”

Large-scale energy storage is critical as the U.S. shifts to more variable power sources like wind and solar, and Americans can expect to see similar projects across the country as that trend accelerates. National Renewable Energy Laboratory models show U.S. storage capacity may rise fivefold by 2050, yet experts say even this won't be enough to prevent extremely disruptive climate change. 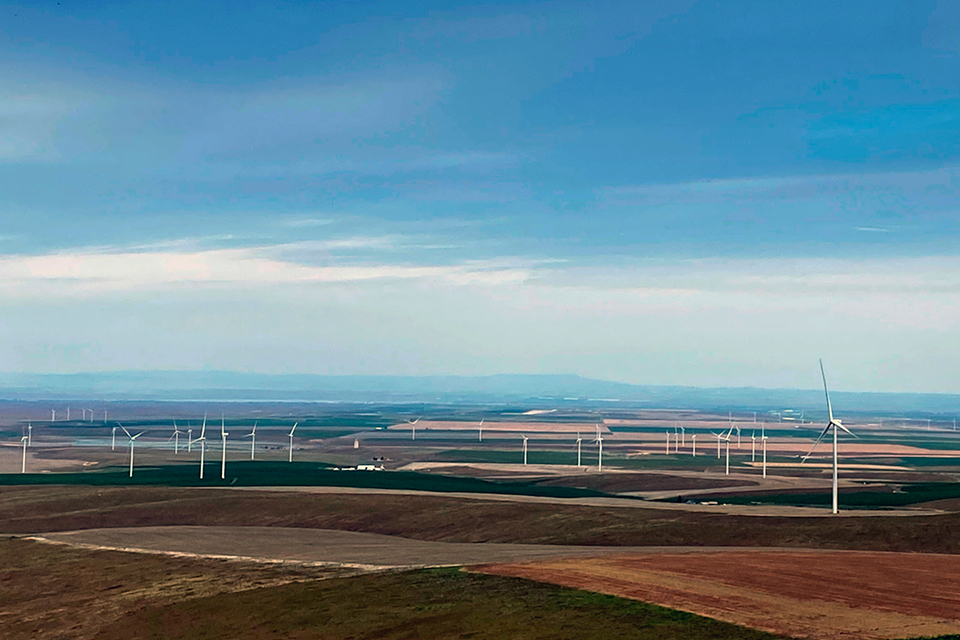 In this photo provided by Portland General Electric, windmills are seen at a renewable energy facility in Lexington, Ore., May 24, 2022, that combines solar power, wind power and massive batteries to store the energy generated there. The Wheatridge Renewable Energy Facilities was commissioned Wednesday, Sept. 28, 2022, and is the first utility-scale plant of its kind in North America. Clean energy experts say the project, which can power 100,000 homes, addresses some key challenges facing the industry as the U.S. transitions away from fossil fuels. (Sarah Hamaker/Portland General Electric via AP)

Batteries aren't the only solution that the clean energy industry is trying out. Pumped storage generates power by sending huge volumes of water downhill through turbines and others are experimenting with forcing water underground and holding it there before releasing it to power turbines.

But interest in batteries for clean energy storage has grown dramatically in recent years at the same time that the cost of batteries is falling and the technology itself is improving, boosting interest in hybrid plants, experts say.

Generating capacity from hybrid plants increased 133% between 2020 and 2021 and by the end of last year, there were nearly 8,000 megawatts of wind or solar generation connected to storage, according to the U.S. Department of Energy's Lawrence Berkeley National Laboratory, which is managed by the University of California.

The vast majority of such projects are solar power with battery storage, largely because of tax credits, but projects in the pipeline include offshore wind-plus-battery, hydroelectric-plus-battery and at least nine facilities like the one in Oregon that will combine solar, wind and storage. Projects in the pipeline between 2023 and 2025 include ones in Washington, California, Arizona, Idaho, Iowa, Illinois and Oregon, according to Berkeley Lab.

Many researchers and pilots are working on alternatives to lithium ion batteries, however, largely because their intrinsic chemistry limits them to around four hours of storage and a longer duration would be more useful.

“There is no silver bullet. There’s no model or prototype that’s going to meet that entire need ... but wind and solar will certainly be in the mix," said PGE's Sheeran.

"This model can become a tool for decarbonization across the West as the whole country is driving toward very ambitious climate reduction goals.”