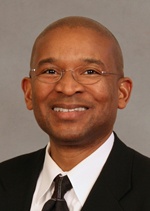 The Washington State Department of Social and Health Services has named Troy Hutson as assistant secretary.
Hutson joined the state's largest agency as the head of the Economic Services Administration.
The agency, with an annual budget of $1.5 billion, oversees over a dozen major federal and state programs that reduce poverty and hunger, helps people become economically self-sufficient, and ensures parents live up to the responsibility of supporting their children.
These programs include Washington's Temporary Assistance for Needy Families Program, food stamps distribution, Child Support Enforcement and Paternity Establishment, Refugee and Immigrant Assistance, General Assistance for the Unemployable, Emergency Assistance, and Washington Telephone Assistance.
His own experience as an immigrant and a recipient of medical and food assistance, gives Hutson a unique perspective and connection to those who his organization serves.
"My vision for our organization, now and in the future, is that we are seen as critical parts of the fabric of the communities we serve," Hutson said. "We are just as important as the employers, transportation systems, health care and housing organizations that make up our neighborhoods."
Though he joined DSHS just a few months ago, Hutson's commitment to public service began much earlier.
An immigrant from Guyana, South America, Hutson and his three siblings were raised by a single mother. After receiving his diploma in agriculture in the West Indies and working at a research station in the Amazon, Hutson borrowed money for a plane ticket and arrived in New York in 1986.  His first job in America was at a fast food restaurant to repay this debt.
He joined the U.S. Army and was sent to Washington State where he began a 19-year health career.  He served as an army medic at Fort Lewis and later staffed a military hospital in Riyhad, Saudi Arabia during Operation Desert Storm.
Hutson graduated from Seattle University with a Bachelor of Science degree in Nursing and a minor in English.  He then received a commission into the Army Nurse Corps as a lieutenant and served in the Army Reserve.
After serving as a registered nurse at veterans hospitals in Long Beach, Ca. and Seattle, Hutson attended the University of Washington where he received his law degree in 2000.
He has served as a policy analyst, legal and clinical policy director, and vice president for the Washington State Hospital Association. Immediately before joining DSHS, he was the founder and executive director of the association's Health Work Force Institute in Seattle.
The institute, under Hutson's leadership, brought together health industry, government and political leadership to focus strategically on research, educational capacity building, diversity, youth, retention and leadership development for the health workforce in Washington State.
Hutson was a gubernatorial appointee to the Washington State Adult Education Advisory Council and the Workforce Training and Education Coordinating Board.  He has also served on the Customer Advisory Committee for the state Board of Community and Technical Colleges, the University of Washington School of Law Alumni Ambassador program, and as an Advisory board member of Seattle University and the University of Washington Schools of Nursing.