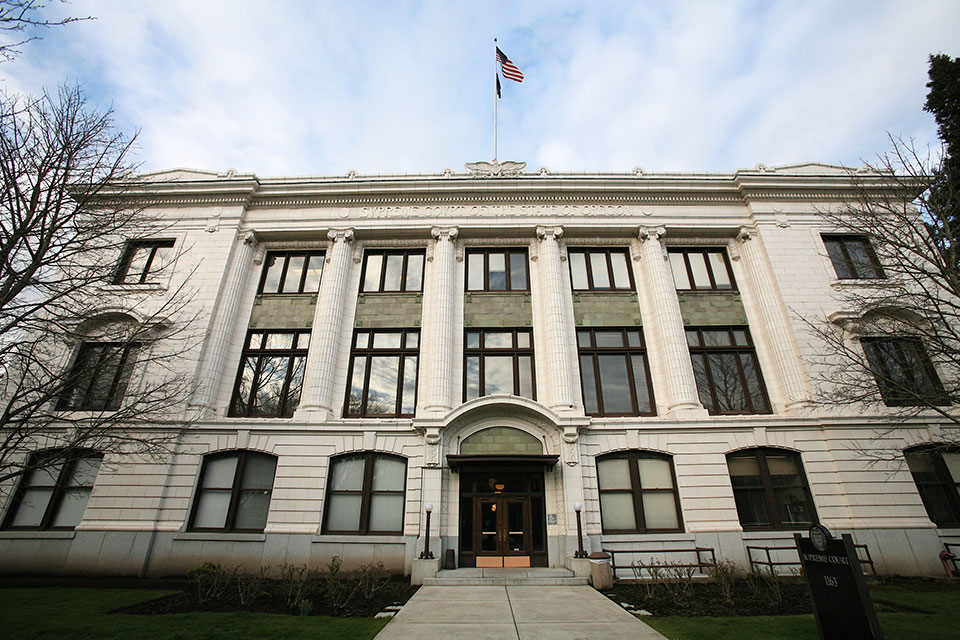 SALEM, Ore. (AP) — The Oregon Court of Appeals ruled Wednesday that Gov. Kate Brown was within her authority to grant clemency during the coronavirus pandemic to nearly 1,000 people convicted of crimes.

The attorneys took particular issue with Brown’s decision to allow 73 people convicted of murder, assault, rape and manslaughter while they were younger than 18 to apply for early release.

The legal action alleged Brown granted clemency to people who had not sought early release through the standard legal process. Most of the people receiving clemency were either medically at risk during the early stages of the COVID-19 pandemic or had helped with wildfire fighting efforts during the historic Labor Day fires of 2020.

Marion County Circuit Court Judge David Leith rejected most of the challenger’s arguments but ordered the parole board to halt all release hearings for the 73 juvenile offenders. The governor then appealed the ruling.

While the attorneys and crime victims argued that Brown’s actions were an overreach of her authority, the Appeals Court said it was also clear there was emotion at stake because crime victims felt they were “denied justice.”

“The power to pardon, sitting within a singular executive – be they monarch, president, or governor – has always been controversial,” the opinion states.

Still, the Appeals Court judges said they were “not called here to judge the wisdom of the Governor’s clemency … that is a political question.” Instead, the judges said their job was to narrowly rule on whether the governor could legally take the action that she did, and on that front they found her actions legally sound.

“Hurt – no matter how sympathetic – does not translate to authority to challenge and displace commutations that accord with the constitutional powers afforded the Governor,” the Appeals Court opinion states.

Perlow told Oregon Public Broadcasting after the ruling that the governor’s actions amounted to a “violation of victims’ rights,” and she hoped the incoming Oregon Legislature would enact limits on the governor’s clemency powers.

Marteeny, the other district attorney who brought the case, said he thought the public could take action if they disagree with the Appeals Court decision.

“This opinion explains that ‘ultimately, it is the voters ... who hold the power to limit clemency actions,’ ' he said.

“Today’s decision recognizes that the Governor had the authority to commute the sentences as she did,” Rosenblum said in a statement. “I am pleased that the Court of Appeals gave our appeal the attention it deserved and expedited their consideration of it.”

In a statement released after the ruling, a spokesperson for Brown emphasized that the Parole Board would independently decide “whether a person has been held accountable” and can be safely released, The Oreognian/OregonLive reported.

“We are a state and a nation of second chances — sentencing children to life sentences and near-life sentences without a second chance is not the kind of justice that most Oregonians believe in,” said the governor’s press secretary, Liz Merah.

The legal wrangling over juvenile offenders comes at a time when neuroscientists and lawmakers have started to change their views on criminal justice. For many years, Oregon allowed juveniles in some cases to receive sentences of life without parole.

In 2019, the Oregon Legislature passed a bill that made changes to the juvenile justice system by eliminating life sentences without parole for youth offenders. It also allowed them another hearing to review their case after serving half their sentences.

After that bill became law, Brown signed an executive order allowing it to apply retroactively to juveniles convicted between 1988 and 2019.

District attorneys across the state have criticized that decision as dangerous and traumatizing to crime victims.

A preliminary report by the Oregon Criminal Justice Commission earlier this year found some people released early from prison because of the COVID-19 pandemic were not more likely to commit crimes.