Washington Voters Weigh in on Dozens of State Primary Races 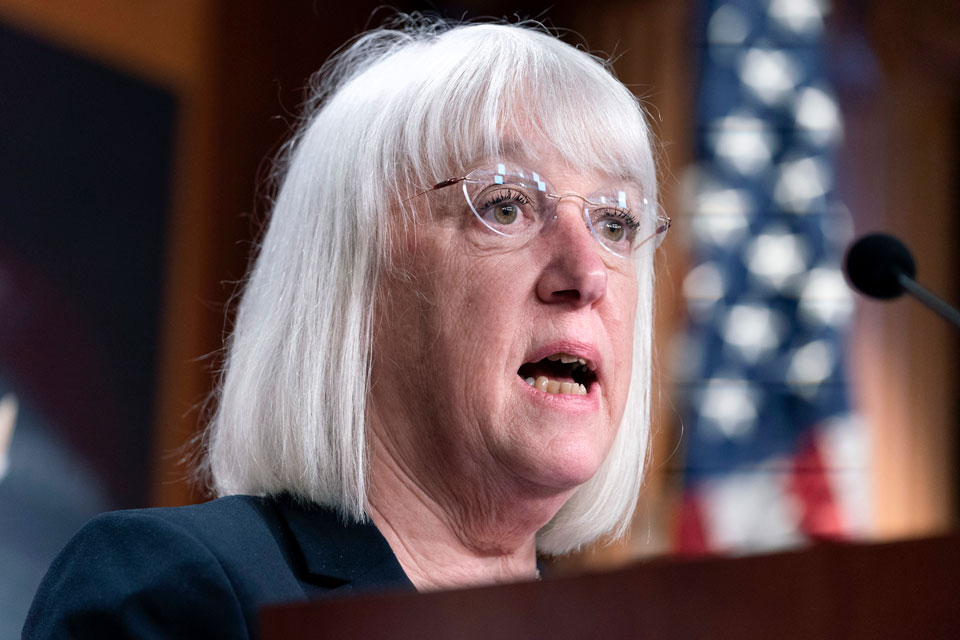 OLYMPIA, Wash. (AP) — Washington voters on Tuesday were deciding the top two candidates in races for the U.S. Senate, Congress and the secretary of state's office.

A key match is the 8th Congressional District race, where incumbent Democratic Rep. Kim Schrier easily advanced with about 50% of the vote. Seeking the second spot, former state attorney general candidate Matt Larkin had nearly 16% of the vote in early returns, just ahead of King County Council Member Reagan Dunn, a former federal prosecutor whose mother once held the seat, who had 15%. 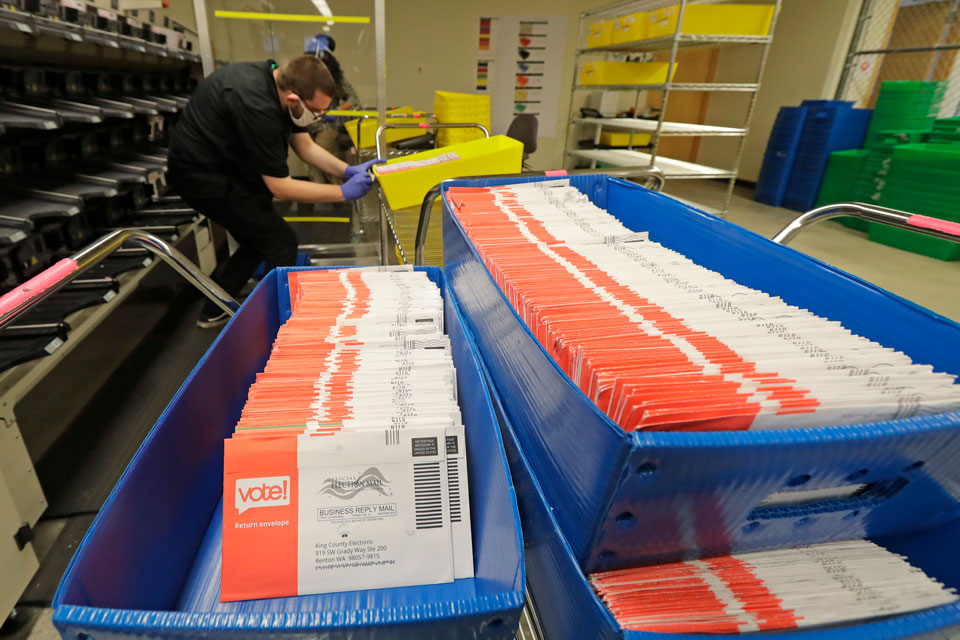 Vote-by-mail ballots are shown in sorting trays on Aug. 5, 2020, at the King County Elections headquarters in Renton, Wash., south of Seattle. Washington state voters will winnow the field of candidates in dozens of races in the state's primary on Tuesday, Aug. 2, 2022. Washington is a vote-by-mail state, and voters must have their ballots postmarked and in the mail by Tuesday, or they can drop them off at drop boxes by 8 p.m. Under the state's primary system, the top two vote getters advance to the general election in November, regardless of party. (AP Photo/Ted S. Warren, File)The other nine U.S. House seats are also contested in the primary, with the incumbents seeking re-election. Two are of particular national focus because the incumbents have drawn interparty challenges due to their votes to impeach former President Trump in the wake of the Jan. 6 attack on the U.S. Capitol by a pro-Trump mob that supported the president’s efforts to overturn the 2020 election.

In the 3rd Congressional District in the southwestern part of the state, six-term incumbent Rep. Jaime Herrera Beutler and Democrat Marie Gluesenkamp Perez were the top two vote getters in early returns, with Gluesencamp Perez capturing nearly 32% of the vote and Herrera Beutler coming in with over 24%. Joe Kent – a former Green Beret endorsed by Trump – was at 20%.

Rep. Dan Newhouse, the four-term incumbent in the 4th Congressional District in central Washington, was leading with just over 27% of the vote in early returns, followed by Democrat Doug White, who had about 26%. Loren Culp, a former small town police chief who lost the 2020 governor’s race to Democrat Jay Inslee but refused to concede and won Trump’s endorsement in February, was just under 22%. 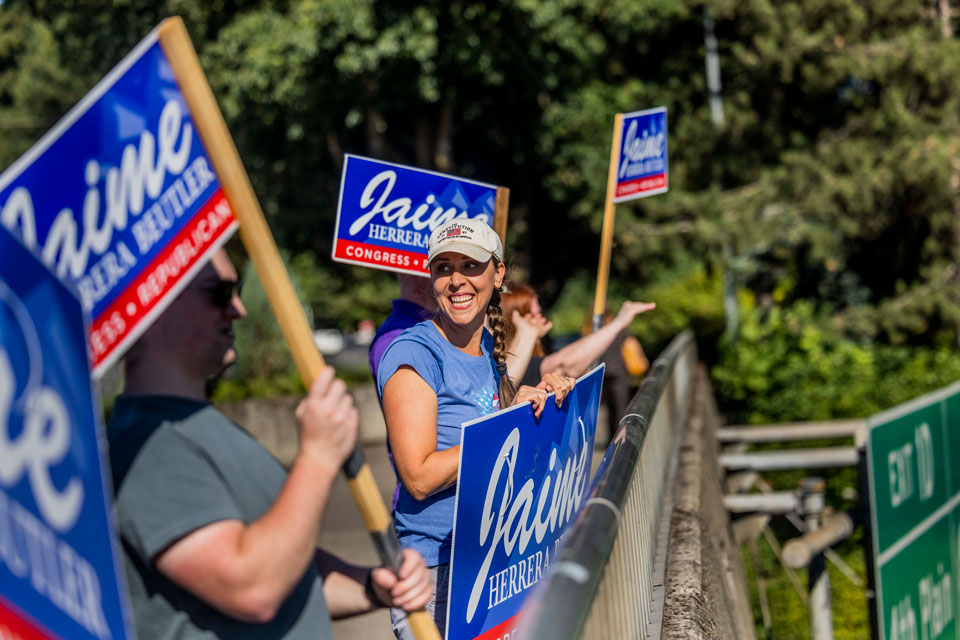 Democratic Sen. Patty Murray easily advanced to the November ballot as she seeks a sixth term, as did Republican Tiffany Smiley, a first-time political candidate from Pasco, Washington.

In a statement, Murray said she was “grateful” for the support from Washington voters.

She said this wasn't a normal midterm election because: “Our daughters and granddaughters have lost the right to make their own health care decisions, and today’s extreme Republican Party continues to push lies that the 2020 election was stolen, threatening our democracy.”

Democratic Secretary of State Steve Hobbs – appointed by Gov. Jay Inslee last November – faced several challengers as he attempts to hang on to the office for the remaining two years of former Republican Secretary of State Kim Wyman’s four-year term. He had 41% of the vote in early returns, followed by nonpartisan Pierce County auditor Julie Anderson, who had captured nearly 13%. There are multiple Republicans in the race, with candidate Bob Hagglund at just over 12.3% and Sen. Keith Wagoner at about 12%.

All 98 seats in the state House are up for election, as are 25 of the 49 in the Senate, with several expected to be competitive in November. But more than half on the primary ballot offer no real contest at all. Of the 123 total legislative races, 29 incumbents ran unopposed. In 42 seats, there were only only two candidates running, all of whom automatically advance to the November ballot under the state’s primary system, in which the top two vote-getters in each race advance to the general election, regardless of party.

While voters began receiving their state primary ballots in the mail weeks ago, Tuesday was the last day for voters to get them in drop boxes or postmarked for mail delivery. In some of the more competitive races, results may not be known for days as most counties will update vote counts only once a day.