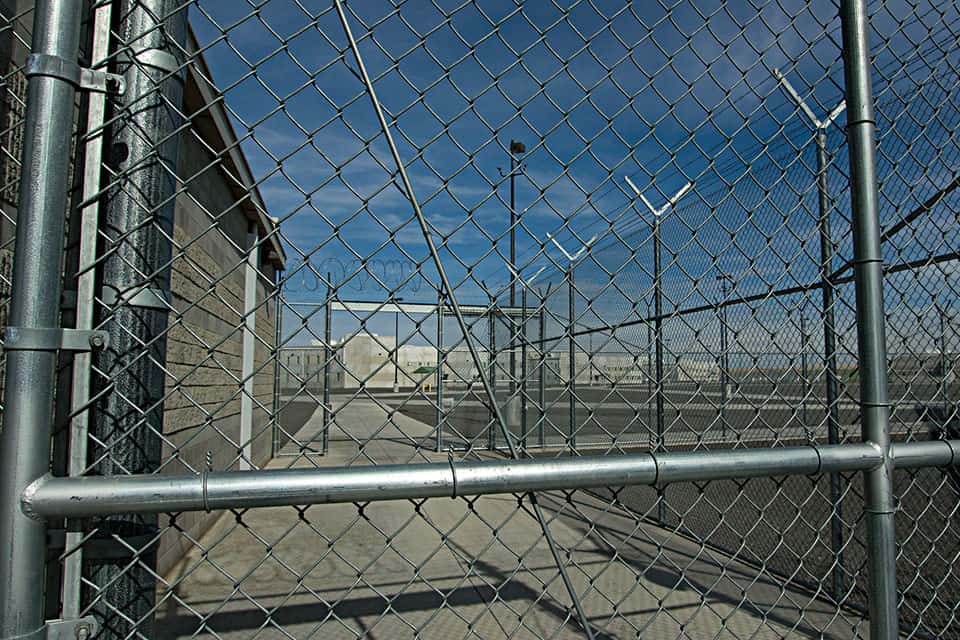 PORTLAND, Ore. (AP) — A growing number of people incarcerated at the Sheridan Federal Correctional Institution sent urgent notes to their attorneys last week complaining of guards from other federal facilities coming in to toss their cells and indiscriminately beat people. Several sources complained of food taken, papers torn up and brutal beatings.

“We were extracted the other day by (Special Operation and Response Teams) from across the nation and told that ‘we did this’ and ‘this is your own damn fault,’” wrote one unnamed person in custody at the facility, whose account was one of several included in court documents filed by the federal public defender, Lisa Hay, on Sunday.

The notes were included in an emergency court filing obtained by Oregon Public Broadcasting.

A number of the people who were allegedly targeted have previously filed lawsuits over conditions inside the facility, according to Hay’s latest filing.

“So we are being RETALIATED against for filing this petition against the prison for mistreatment and excessive Lockdowns?” the person wrote to Hay.

The accounts from inside the prison, which is located in Yamhill County, detail allegations of teams of prison staff wearing a type of body armor known as “stab-vests” and shirts that read “Sheridan Disruption Unit,” engaging in unit-by-unit, cell-by-cell violence during the last two weeks in July.

Since the beginning of the pandemic, a growing number of people inside the Sheridan prison have filed habeas corpus petitions and other complaints against the Bureau of Prisons, arguing the conditions inside the facility constitute cruel and unusual punishment, in violation of the Constitution. Many have complained that days-long lockdowns and inedible food have become the default at the facility. Others with severe medical conditions, such as cancer and diabetes, have complained for years about an utter lack of adequate medical care.

“People that spoke up for themselves and their fellow captives were dragged to the ground and beaten,” wrote another person whose account of the last two weeks of July was included in the court documents filed Sunday.

“We watched helplessly through the window as several men were dragged from the building in handcuffs, one black man was hogtied with handcuffs linked backwards to his leg-shackles lying facedown on a stretcher,” the unnamed person wrote. “From over a hundred feet away, through a dirty window frosted over with our breath, I could see the blood dripping off his head onto the ground.”

According to Hay, the declaration filed on Sunday “provides alarming evidence that a contingent of BOP employees were brought to FCI Sheridan from out of the District and have taken it upon themselves to inflict summary punishment against FCI residents in retaliation for complaints about conditions and the Lawsuits.”

Hay declined to comment about the case or the allegations made by her clients.

Courtney Withycombe, an investigator with the federal defender’s office, wrote that reports of violence at the prison were unusual and frightening.

“Residents there believe they are being retaliated against for alerting their attorneys and filing federal claims to describe the unconstitutional conditions under which they are being held,” Withycombe stated in court documents. “The reports describe brutal violence, threats, destruction of property, and psychological abuse. In particular, the reports name specific inmates who were beaten, bloodied, intimidated, and in at least one case rendered unconscious and removed on a stretcher.”

Indeed, the accounts from those inside the prison paint a disturbing series of events.

Another person in custody who is cited in the declaration filed Sunday described what happened when BOP officers entered their unit. The person said the officers pulled people out of their cells “smashing them against the wall, screaming into their ear.”

“One inmate, (name redacted), told them ‘get the f#$k off of me’, and I watched, helplessly through my window, as the 5 police picked him up, 4 feet in the air, and slammed him into the ground,” the man in custody wrote. “I watched the cops get on top of him, and saw their arms cocking back as they punched him over and over and over.”

The man wrote he saw the officer take the man into the showers, where there are no cameras.

“I could hear his screams from across the unit,” the man wrote.

Other attorneys with clients inside FCI Sheridan have also reached out of the Federal Public Defender’s office to report their clients’ allegations that they were retaliated against, Hay stated in her court filing.

“One attorney reported his client’s statement that guards were ‘retaliating against people who complain and frequently mention the lawsuit. He said they are being unusually cruel.’”