Northwestern US Heat Wave Could Have Hottest Day on Tuesday 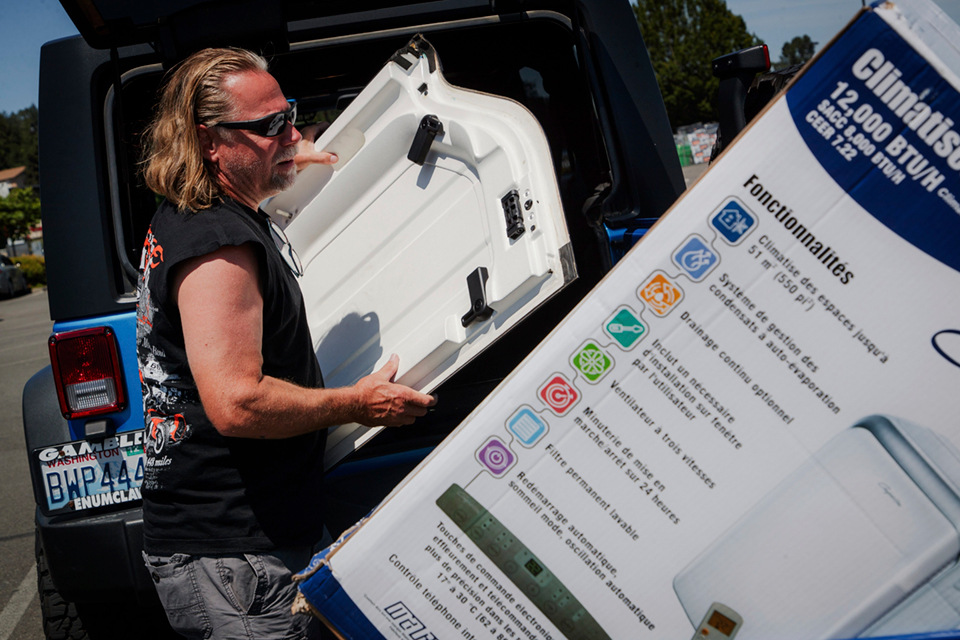 PORTLAND, Ore. (AP) — The temperatures in Portland, Oregon, could top 100 degrees Fahrenheit (37.8 Celsius) on Tuesday, making it likely the hottest day of a week-long heat wave for the Pacific Northwest region that rarely sees such scorching weather.

While interior parts of the states often experience high temperatures, those kind of hot blasts do not happen nearly as often in Portland and Seattle.

“To have five-day stretches or a weeklong stretch above 90 degrees is very, very rare for the Pacific Northwest,” said Vivek Shandas, professor of climate adaptation at Portland State University.

As the northwestern U.S. heated up, the hot spell on the East Coast appeared to have broken, with few areas east of the Mississippi River under heat advisories.

Tuesday's forecast highs in Philadelphia, New York and Boston were all in the mid-80s (about 29 Celsius).

Residents and officials in the Northwest have been trying to adjust to the likely reality of longer, hotter heat waves following last summer's deadly “heat dome” weather phenomenon that prompted record temperatures and deaths.

In response, the Portland Housing Bureau that oversees city housing policy will require newly constructed subsidized housing to have air conditioning in the future.

A new Oregon law will require all new housing built after April 2024 to have air conditioning installed in at least one room. The law already prohibits landlords in most cases from restricting tenants from installing cooling devices in their rental units.

The measures were in response to the heat wave in late June and early July 2021, when about 800 people died in Oregon, Washington and British Columbia. The temperature soared to 116 degrees F (46.7 C) in Portland and smashed heat records in cities and towns across the region. Many of those who died were elderly and lived alone.

While temperatures this week are not expected to get that high, the anticipated number of consecutive hot days raised concerns among officials. 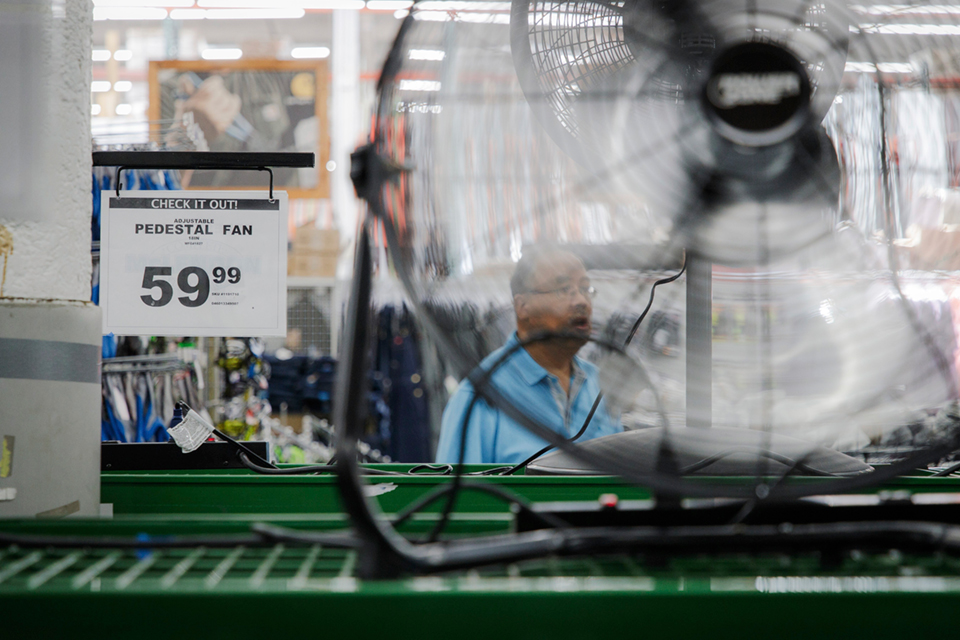 Stacks of air conditioners, fans and other cooling equipment line the entrance of McLendon Hardware in Renton, Wash., on Sunday, July 24, 2022. The Pacific Northwest is bracing for a major heat wave, with temperatures forecast to top 100 degrees Fahrenheit (37.8 Celsius) in some places this week as climate change fuels longer hot spells in a region where such events were historically uncommon. (Kori Suzuki/The Seattle Times via AP)

Portland, Oregon, could top 100 degrees F (37.8 C) on Tuesday and temperatures across wide swaths of western Oregon and Washington are predicted to be well above historic averages throughout the week.

“It’s nothing we haven’t seen before in terms of the magnitude, but the duration of the event is fairly unusual,” said John Bumgardner, a meteorologist at the National Weather Service office in Portland.

Portland’s Bureau of Emergency Management is opening cooling centers in public buildings and installing misting stations in parks. In Seattle, community centers and libraries will serve as cooling stations.

Officials hope the outreach efforts will help people facing the greatest heat risks — including older people, those living alone, people with disabilities, members of low-income households without air conditioning and people without housing.

Jenny Carver, Multnomah County’s Emergency Manager for the Department of County Human Services, said her work has focused on “ensuring that these sites are as low-barrier as we can make them.”

“We ask folks to just give a name and we don’t check any identification,” said Carver.

“We make as many resources available as we can.”

Overnight temperatures in the Pacific Northwest may not go below the 70s, said Treena Jenson, the Portland warning coordination meteorologist for the National Weather Service.

“In the urban areas we have the urban heat island effect that tends to keep temperatures warmer a little bit longer and can cause more heat impacts,” she said.