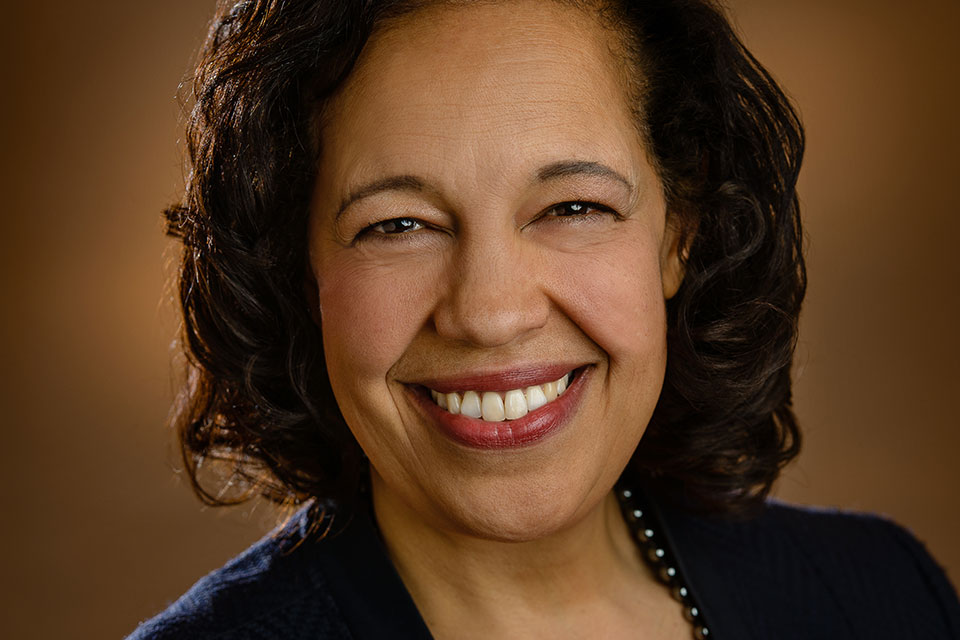 The new CEO of the Oregon Community Foundation is an Oregon native with a background in federal-level leadership.

On June 28, the OCF board named Lisa Mensah its next CEO, only the fourth in the foundation’s almost half-century of operation.

Mensah has served as the president and CEO of the Opportunity Finance Network for the past five years. Prior to that, she was Obama's successful pick for under secretary of rural development within the U.S. Department of Agriculture, where she served for two years.

OCF described Mensah as “widely considered an expert on access to capital in distressed and low-wealth communities and on the role of finance in social, economic, and racial justice.”

The daughter of an immigrant from Ghana, Mensah holds a masters from the John Hopkins University School of Advanced International Studies. She began her career in commercial banking, then spent 13 years at the Ford Foundation, ending her time there as deputy director of economic development.

“My optimism is not unfounded,” Mensah told The Skanner.

“I have seen things work.”

The Skanner spoke with Mensah about her vision for OCF, where she will begin her tenure in September. This interview has been lightly edited for length and clarity.

The Skanner News: What appealed to you about a leadership position at the Oregon Community Foundation (OCF)?

Lisa Mensah: First of all, Oregon. The first appeal is in the O. I always say I’ll talk to anybody from Oregon. So when I started my conversations, it was about my home state, which I love. But I think when I learned that it was a foundation committed to advancing opportunity across the state, advancing opportunity in both rural and urban areas, that appealed to me because those have been really my life’s work – real solutions to advancing opportunity. And when I learned what OCF had been doing at a hard time in our state, working across the pandemic, working on issues of housing, working after the fires, being a resource for the state in a powerful way, that really appealed to me.

Working in every county in Oregon is very rare. What struck me about OCF was having a staff that’s resident throughout the state, not just trying to do everything from Portland.

What struck me about the OCF was its nimbleness in a pandemic, that when people weren’t even in the office, (OCF) was still being a strong partner to state government. And what struck me about it was its breadth. Working on issues of housing, but also funding musical instruments for kids. Those are some early impressions I had – breadth of work and exciting history of partnership.

TSN: You are the daughter of an immigrant. How has that influenced your professional trajectory?

LM: My dad was from Ghana, and he came to Oregon in the 1950s, before Ghana was even independent. I think the first influence was that my dad was very visionary, and he knew that very few people get a chance to make big changes, and I think he instilled in all of us siblings that urgency to use what you’re given to really improve the world. And he said that’s actually why he chose engineering. He was an Oregon State Beaver, and he was an engineer. He said engineers help make the world better.

And so I got a heavy dose of “take nothing for granted” and “make the world better.”

But I also lived in Ghana as a child, and I think I’ve had an abiding interest in questions of development. Who is poor and why? Because it’s been around me. Not everybody gets dealt the same hand, and that’s true globally and that’s true within our country. It gave me a real hunger to work on the deep solutions to inequality and poverty.

TSN: How did you go from working in banking to serving as the undersecretary of rural development under Obama?

LM: My experience in banking and the whole side of it that I did at the Ford Foundation – which was really investing in rural communities by supporting lending organizations – was actually the perfect background for that side of the agriculture department, which really operates more like a development bank. It was a surprise to me that there was a $215 billion portfolio of rural investment, housing and infrastructure and business, and so it was actually a very nice connection with my experience.

In my time at the USDA, I had a chance to work in all 50 states and territories, and this was a very old portfolio. The Department of Agriculture’s been around since Lincoln, the portfolio is about 80 years old. So I saw actually the loans and the investments at that time reaching broadly. I think one of the things that I enjoyed was seeing how funding was often prioritized for extremely small rural communities, and sometimes that correlated with extremely poor communities. But what I enjoyed was making connections between Department of Agriculture funding and groups and communities that wanted to work in areas of deep poverty, which often have a racial lens.

These are programs with complicated histories and rules, and I got a chance to really lean into my experience, which is connecting rural areas of high poverty with bigger resources.

TSN: What do you think you will bring from your experience with the USDA to your new position at OCF?

LM: I got a chance to see rural communities in 37 states directly, and to work across the country. And I really learned to have no preconceived stereotypes, to get in and listen to the real lives of people, and what those people are changing. When you’re at the Department of Agriculture, you bring resources to communities, many of whom have struggled but many of whom have so much to build on. I found that I was often shattering people’s notions in rural communities by really having to be an advocate for rural America, and to really say, There is so much beauty, so much potential and absolutely no resources to give out on areas which have seen a lot of underinvestment. So that really sticks with me: You’ve got to get in, see what’s happening, see what is there to build on. Listen first, and then if you have the blessing of having resources, it is really exciting to join resources with people on the ground who have smart ideas about what’s needed. And I think I will bring that same attitude of listen first, have a lot of hope, and then help the resources that you have the chance to guide get into the right hands.

TSN: How do you see the pandemic as shaping the kind of work you’re going to be doing at OCF?

LM: There’s no question that a global pandemic, which also caused a recession, which is also hitting at a time when we’re already struggling with things like climate shifts – it shapes both the level of the challenge, it reveals the level of the challenge, but it also reveals the scale of solutions that are necessary. And in crisis, you see people and solutions that also rise to the top.

It’s great to have to work in an urgent fashion, because you see the resources you really have.

For me, I think I have become even more of a warrior for combating inequality in a country where we have a lot of tools to combat inequality. I think when you’re sitting at a very rich philanthropy, how exciting to link arms and give people some hope that there’s more to do in combating the problems we all saw.

TSN: In your opinion, how can we best gage the success and impact of community-focused initiatives, like the Oregon Black Student Success Community Network?

LM: I love it when people look for the gems of success and hope. So much of our media is focused on what doesn’t work and on crisis and challenge, so I think we’re not very trained to look for what is working. And I think we often judge things very early, and we often don’t stick with our best work over a long time.

I like it when we take the time to gage success appropriately. When you’re up against big systemic problems and challenges, the solutions often aren’t quick. So I take hope with people, track what’s working on the individual level, but also take the time to really admit that when the problems are hard, the solutions and investments need to be pretty big and lasting over time.

To me, it’s great to see investments in things like housing, and then to also see what wealth gets built over time – for instance, we’re talking about getting people into home ownership, or  getting stable so that their lives get more financial stability.

I would be eager to judge success, both of the first thing: Did we create a housing unit or a home ownership opportunity? But also it’s good to look (at the impact) over time.

TSN: What excites you most about taking on this position?

LM: First, it’s coming back to this beautiful state. I never really left. I have my family and friends here and come back every year, but being back in Oregon is – both its beauty and its people and its potential, that’s who I am, it’s in me, and that’s very very exciting.

This is a fascinating institution. I have spent 13 years in a major philanthropic institution, the Ford Foundation, and I loved those years. But this is very different. OCF is still growing. The Ford donations were nearly a hundred years ago. OCF is still engaging and growing donors. That has huge potential. It means that you’re not only waiting for an investment corpus to grow, but you’re still calling on people to come and build and put your resources together to help transform a state that needs it. And I think that’s a very unique combination. It isn’t just one family’s interest, and one board’s interest. It’s a very unique model to say there are hundreds and hundreds of living donors who can be called on to help in a joint endeavor. That’s a very rare kind of campaign.

And I feel that in this time where local solutions are going to be so important to the country, seeing things work, and having a chance to be part of an institution that can really have a transformative impact on a beautiful but relatively small-in-population state, it’s an exciting combination of a state that I love, a fascinating institution, and a timing in our country where helping a local philanthropic institution just bloom will be very exciting.