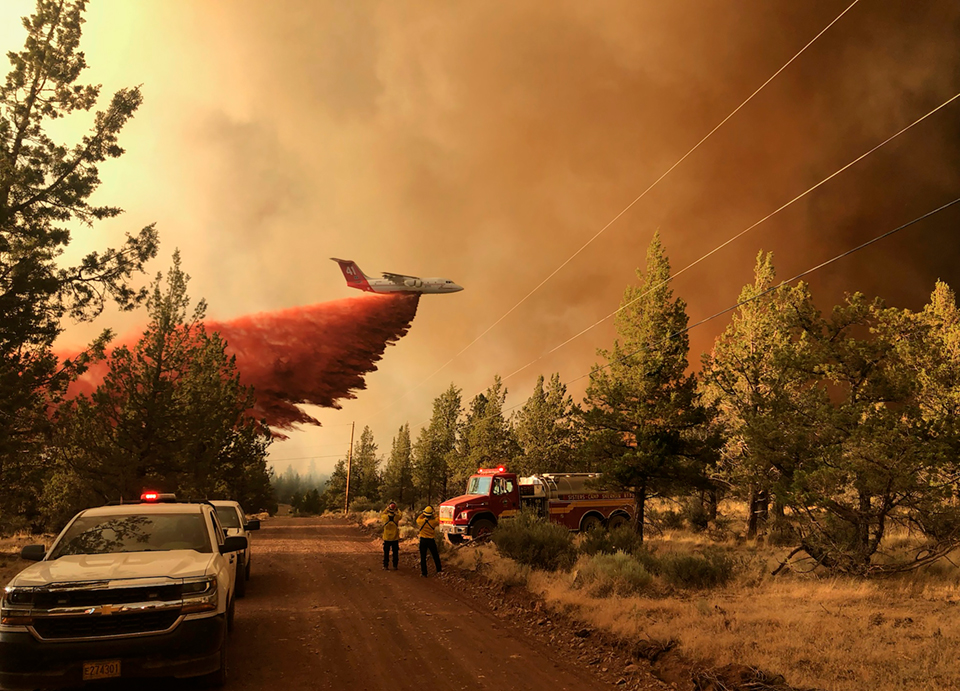 Their findings have been published in a report that highlights youth feelings of distress, anger and frustration about perceived adult and government inaction.

Stressed about shelter and safety

In a briefing on Tuesday hosted by the Oregon Health Authority, three young people spoke about how climate change has affected their mental health.

High school student Mira Saturen expressed the terror she felt when the Almeda Fire swept through the area near her hometown of Ashland in southwestern Oregon in September of 2020. The blaze destroyed more than 2,500 homes.

“It was a terrible and stressful couple of days as details about the fire trickled in,” said the 16-year-old. Her fears were heightened by the fact that her father works for the fire department. “He was out fighting the fire for over 36 hours, which was super scary for me."

Gov. Kate Brown in March 2020 directed OHA to study the effects of climate change on youth mental health. In its report, the agency says its research was “designed to center the voices of youth, especially tribal youth and youth of color in Oregon.”

The report underlines that marginalized communities are more likely to experience adverse health effects from climate change, and notes that “emerging research is showing similar disproportionate burdens in terms of mental health.”

Te Maia Wiki, another high school student in Ashland, touched on this.

“For me, it’s important to mention that I’m Indigenous,” she said. The 16-year-old’s mother is Yurok, an Indigenous people from Northern California along the Pacific coast and the Klamath River.

“In my mother’s generation, when she was growing up, she would go to traditional ceremonies and have smoked salmon that was fished traditionally by our people on our river which we have fished at since time immemorial,” Wiki said. “In my lifetime, eating that fish, seeing that smoked salmon in our ceremonies, is scarce. This is a full spiritual, emotional and physical embodiment of how I am stressed out by this and how this impacts me.”

OHA partnered with the University of Oregon Suicide Prevention Lab to review literature, conduct focus groups with young people, and interview professionals from the public health, mental health and educational sectors. The interviews were conducted shortly after the extreme heat wave that slammed parts of Oregon in the summer of 2021.

While focusing on Oregon, the report underlines broader concerns about youth mental health in the United States amidst growing rates of depression and suicide nationwide.

Climate change and the coronavirus pandemic have further exacerbated an already alarming youth mental health crisis. The number of high school students reporting persistent feelings of sadness or hopelessness increased by 40% from 2009 to 2019, according to a Surgeon General’s Advisory issued in December. Citing national surveys, the same advisory noted that suicide rates among young people ages 10-24 increased by 57% between 2007 and 2018.

Despite the crisis, study participants also expressed a sense of resilience.

“One of the biggest, bittersweet takeaways from our focus group is that we’re not alone in this,” said 23-year-old Mecca Donovan during Tuesday’s briefing. She said for young people with “all of these crowded thoughts,” having more opportunities to talk could help with mental health.

Lead author Julie Early Sifuentes, with OHA’s Climate and Health Program, said she hopes the study “generates conversations in families, in schools, in communities and that it informs decisions in policy making.”