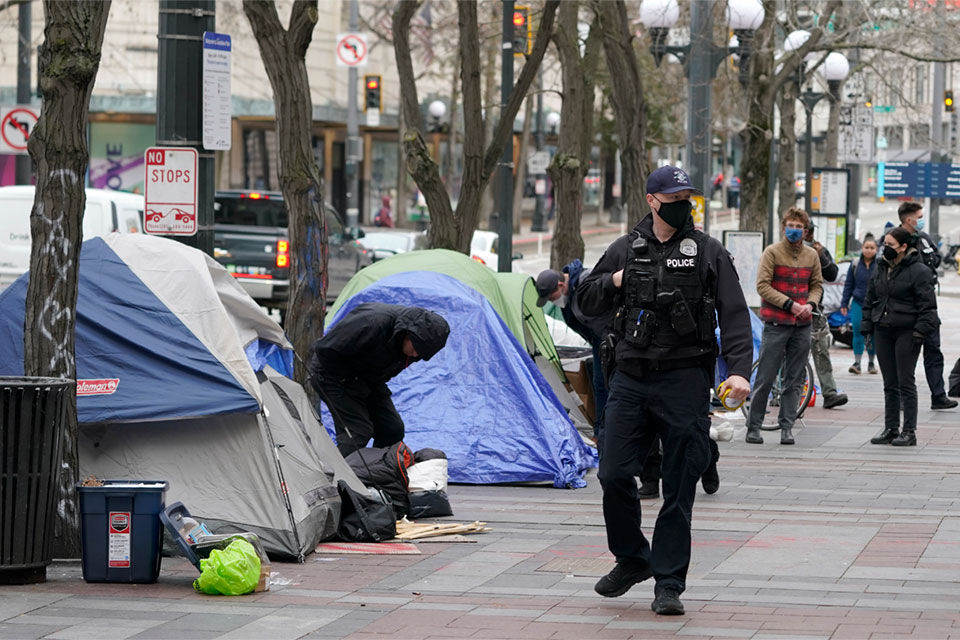 SEATTLE (AP) — Seattle will create a database of homeless camps and provide more than $100 million to a regional group trying to tackle the region's ongoing crisis of people without homes, the city's mayor announced Tuesday.

"We must reject the status quo where people are left to suffer unsheltered on sidewalks and in parks,”

Mayor Bruce Harrell said in announcing his plan to address the ongoing homelessness crisis in the city.

Seattle, like many West Coast cities, has faced a vexing problem of unhoused people for decades. Harrell was elected last year on a platform of addressing public safety and the issue of homeless camps in public spaces like parks. He vowed to move people into housing with on-site services.

Critics of Seattle's efforts to move people out of camps have said the city has not created enough housing and transitional services for people who are removed from encampments.

Harrell said Seattle is spending $173 million in its 2022 budget to fund his homeless action plan. That represents a sharp increase in city funds devoted to homeless issues; in 2018, the spending was $77 million, the KING5 television station reported.

And Harrell says said $572 million – enough to build 1,551 new units – has been earmarked for affordable housing projects. The figure includes state and federal resources in addition to $138 million in taxpayer money, according to Harrell's new plan.

The city’s goal is to offer shelter with a bed ready and waiting for every person living in a homeless encampment before any potential sweeps.

According to Harrell's plan, authorities will survey, inspect, and verify encampment sites and provide a publicly accessible map of encampment concentration by neighborhood citywide.

There are more than 40,000 people in King County experiencing homeless, according to the King County Department of Community and Services. City officials reported 763 tents and 225 RV encampments throughout Seattle as of May.