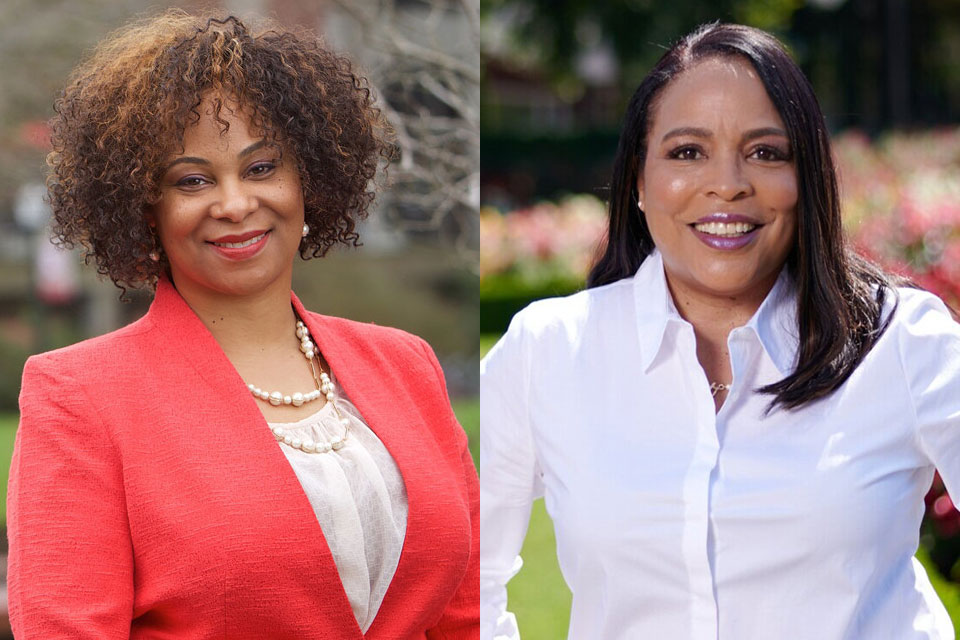 “I think moreso than the delay, it’s the decision-making process and the underestimation of the breadth and depth of the problem” at issue, Rep. Janelle Bynum (D-Clackamas) told The Skanner. “I think Oregonians are pretty forgiving people, except when a problem was either avoidable or could’ve been handled a little differently and then communicated to the public.” 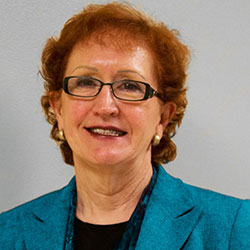 Clackamas County Clerk Sherry HallThe delays began with a printing mistake on ballots sent out to Clackamas County voters, which caused a high volume of ballots to be rejected by tabulating machines. Although county clerk Sherry Hall told the Clackamas County Board of Commissioners about the issue two weeks before the May 17 primary – which was the final day for eligible ballots to be postmarked – she did not accept their offer of assistance. Hall has been criticized for not acting with greater urgency then and in response to Secretary of State Shemia Fagan’s election night request that Hall submit her plan for the recount. Hall responded with her plan a week later.

Hall outlined how thousands of rejected ballots would be duplicated by hand and then processed by machine, with non-emergency county staff assigned to the count and approved for overtime this weekend. She assured Fagan the county would certify election results by its June 13 deadline.

In the meantime, the state’s third-most populous county is still awaiting election results. And as voting rights have been eroded in other states, particularly for voters of color, Black leaders in Oregon are worried the ballot fiasco in Clackamas will shake voters’ confidence in what has been held up as a successful model of exclusively by-mail voting. 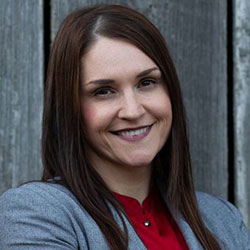 Oregon Secretary of State Shemia Fagan“As we develop more voting savvy and voter inclusion platforms, we can’t have us doing this hard work of including people in the electorate, and then make it seem like we don’t care if their vote is counted in a timely fashion,” Bynum said.

Bynum also worried that the delay could also undermine public trust in state institutions, already rocked after the Oregon Unemployment Department’s inability to process a higher volume of claims at the start of the pandemic.

“We just came out of dealing with the employment department’s inability to scale up when we knew we had a problem, and so as a legislator this seemed very similar to me,” she said.

Bynum has called for a legislative inquiry into the failings at the county election office, “You can’t anticipate every problem, but the point is, what are my quality control procedures that are in place, and then how do I communicate and set expectations so that I can get the proper amount of help if I need it?” Bynum said. 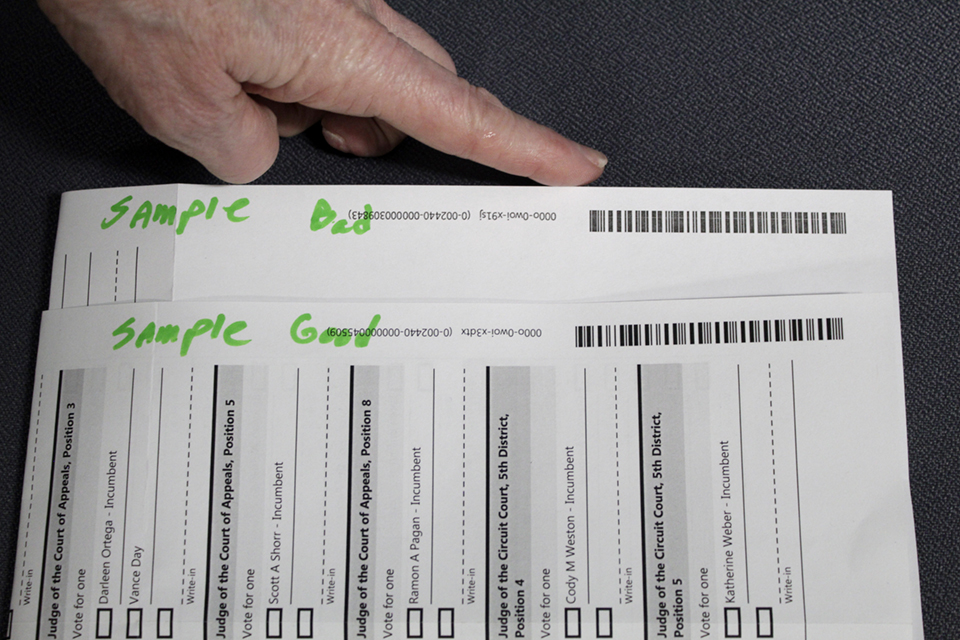 An election worker at the Clackamas County Elections office shows barcodes on ballots that is bad, top, and good on Thursday, May 19, 2022, Oregon City, Ore. Ballots with blurry barcodes that can't be read by vote-counting machines will delay election results by weeks in a key U.S. House race in Oregon's primary. (AP Photo/Gillian Flaccus)She noted that voting infrastructure differs by county. Hall, for example, is elected, while many other county clerks are appointed; Hall’s seat will be challenged in the November general election by Catherine McMullen, a program specialist for Multnomah County Elections.

(Hall’s status as an elected official prevents the secretary of state’s office from taking over the recount, Fagan – herself a Clackamas County resident – has stated.)

“Multnomah County has a director of elections, so their delivery of election services is far more sophisticated than what we have in Clackamas County,” Bynum said. “I hope to learn the different technologies different counties are offering. If there’s legislative infrastructure that needs to be provided – whether it’s through legislation itself, or through investing in elections administration – those are the things I would be looking at in trying to figure out the different ways different counties are handling this very important responsibility.”

Loretta Smith is running to represent Oregon’s new sixth congressional district, which includes parts of Clackamas County as well as Polk, Yamhill, Marion and Washington counties. She appealed to the governor to intervene in Clackamas County.

Like Bynum, Loretta Smith is awaiting her own campaign’s primary results.

“There are doubts and questions being raised about the fate of American democracy,” Smith said in her May 20 letter to Gov. Kate Brown. “In Oregon, it is of the utmost importance that neither candidates for public office nor voters be held in suspense indefinitely following an election.”

Smith took issue with Hall’s approach to the count.

“This is not acceptable because a democratic process is supposed to be open, transparent, and accountable to the people,” Smith said.

“I object to the vote tallying going underground and becoming a clandestine event.

"My campaign has not been given notice on when we can observe this process or explanation of what is happening in real time. Candidates must have our observers in the room and the press must be in the room to give the average citizen access to this governmental process per the U.S. Constitution’s First Amendment.”

There have already been alleged irregularities with the count: Jamie McLeod-Skinner, who beat incumbent Kurt Schrader in the Democratic primary to represent Oregon's 5th District, complained to Fagan about unequal access to the Clackamas County elections office. According to McLeod-Skinner, on May 19, a representative from Schrader’s campaign was allowed in a full hour before a representative for her own campaign – which was also an hour before the office officially opened.

In the past week, critics that include a former staff member and a former Oregon secretary of state have gone on record stating Hall has shown a pattern of incompetence, mismanagement, poor work ethic and lack of concern for the office she holds. Hall’s 20-year tenure as county clerk has been marred by controversy, from technical mistakes like failing to include some races in the correct election literature, to failure to act when alerted to an issue with ballots. Hall has been fined for improperly engaging a county employee in her own campaign activities during work hours, and during her tenure, one of her elections staff was found guilty of tampering with submitted ballots.

“As you know this county has a history of ballot tampering and election misconduct,” Smith wrote. “To allow the Clackamas County clerk to re-construct all ballots is unconscionable, unheard of and without precedence.”

Smith asked Brown to invoke a state of emergency in order to intervene in the county elections office.

Because results will likely not be certified before June 13, any legislative review would likely be pushed until September, Bynum said.

“The reason I said something was because I didn’t want everybody in the legislature to just throw their hands up.

"I wanted to say, ‘Ok, this is something we really need to talk about.’”

She added, “What I have found in watching the last couple elections in Clackamas County is there’s a whole body of knowledge of election science and there are people who are really, really skilled in what components of your election system help voter access, and even, what are some components of legislation or rhetoric that can suppress voter turnout? There’s a real science to it.”

Bynum said she welcomes further discussion of how Oregon votes, and whom it serves. She expressed concern that the state’s system of closed primaries might disenfranchise unaffiliated voters.

“Confidence in our voting system, in my opinion, must be restored,” Bynum said. “Especially for minority communities, and even those in the minority of political parties, to be quite honest.”