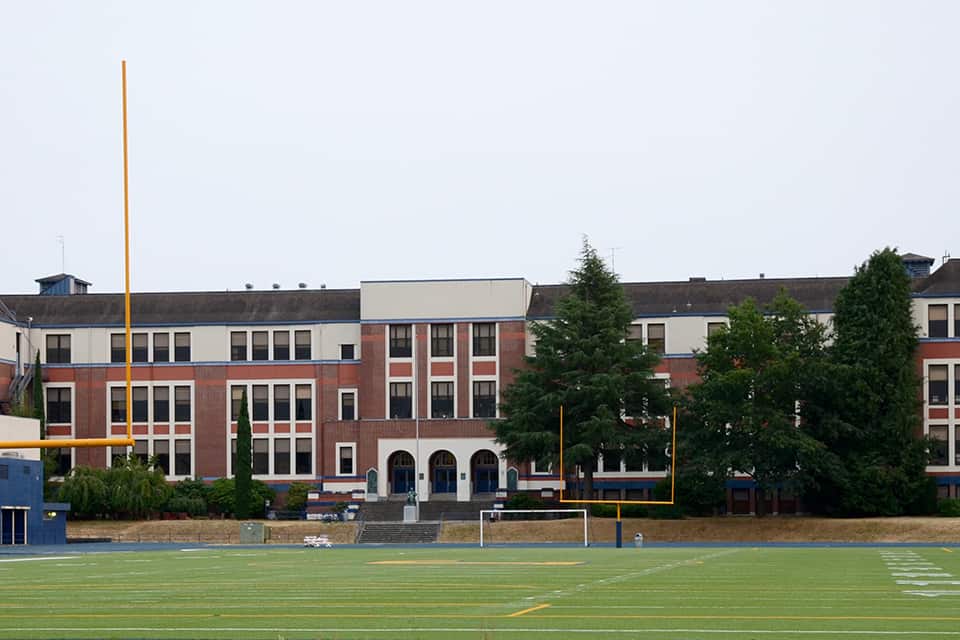 Jefferson High School Middle College for Advanced Studies is long overdue for modernization. With the renewal of a school improvement bond in 2020, Portland Public Schools is now moving into the master planning stage for the north Portland campus, the only public high school in the state with a majority Black student enrollment.

Now known as Jefferson High School Middle College for Advanced Studies, the North Portland magnet school is open to students who are also eligible to attend Grant, McDaniel or Roosevelt high schools. Attendees have the option to take courses at Portland Community College’s Cascade campus across the street.

One of the biggest questions is whether the school will preserve and upgrade the historic main building, and build a new campus around it, which was the approach for McDaniel, Roosevelt, Franklin and Grant high schools, or if the community would prefer a complete rebuild, similar to Lincoln and Kellogg high schools.

“One of the things we heard from the community is that there’s been a lot of things that have been bulldozed away because of unfair practices and institutional racism in the Black neighborhoods in Portland,” David Mayne, bond communications manager for Portland Public Schools, told The Skanner.

“There is a sense of wanting to preserve something that was a centerpiece to that community.

"But then I’ve heard other people say ‘Look at Lincoln! We want that.’”

In fall 2019, a conceptual master planning committee of Jefferson alumni, educators and other community volunteers met four times to discuss an early-stage vision for the new Jefferson High. At the time, Jefferson’s enrollment was just over 600 students. Volunteers made suggestions on a projected student population of 1,700, a number the district continues to work with. 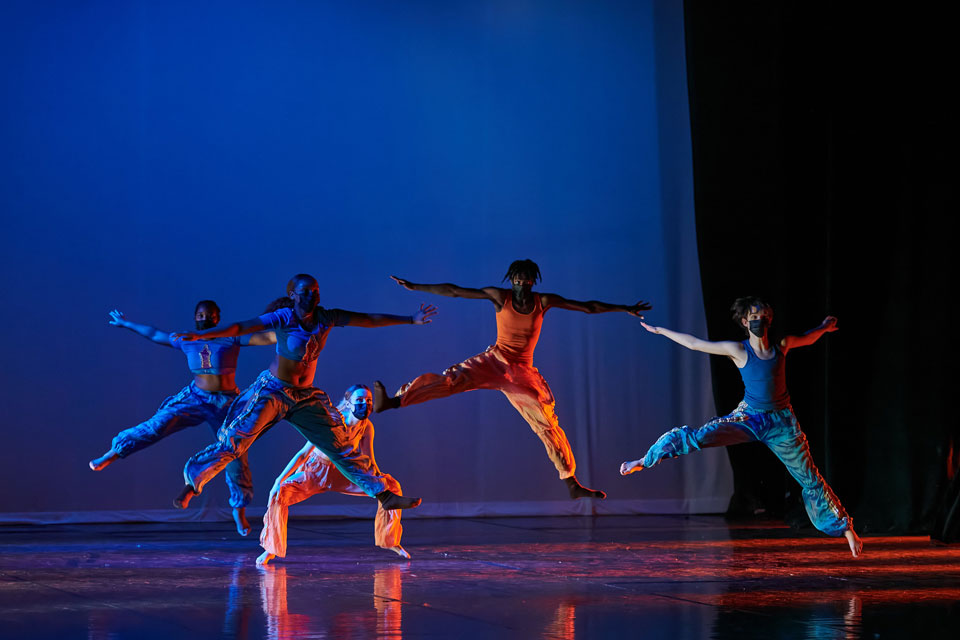 As Jefferson High School Middle College for Advanced Studies begins the master plan for its modernization, designs will likely highlight the school's many strengths, including the school's prestigious dance program. (Photo/courtesy PPS)Members of that committee were in agreement that the I-shaped main building, constructed in 1909, would remain, and that they wanted to keep the outdoor track Nike donated to the school in 2014. They also acknowledged the challenges posed by the school’s long, narrow campus, including the fact the main building itself is placed unusually far back from the entrance to accommodate a new-reoriented Emerson Street.

PPS is now seeking volunteers to serve on the Jefferson Master Planning Committee, which will provide a much more in-depth set of recommendations.

“We want folks who will basically be ambassadors or representatives to their community,” Mayne said.

“We want the committee to reflect the community in terms of businesses and ethnicity and neighbors – parents, teachers, students, alumni, community partners. I can tell you we have a really passionate team on this project who really are just so excited about transforming that school and the community with it.”

PPS has said that while the JMPC will review the conceptual master plan, they will not be required to follow its recommendations.

“It’s deciding what goes where, what things work in the old building that you want to preserve, what areas of instruction that Jefferson is particularly focused on that we want to continue to support and highlight, and how do we do that?” Mayne said. “How is the flow between buildings done? All of that is done during the master planning stage. It lays out the school and the campus, and ways to make it more functional and better.”

Mayne said that each of the high schools PPS has modernized so far has seen enrollment skyrocket.

“You see a level of pride.

"With all the schools, starting with Roosevelt, we heard there’s less vandalism, there’s just a sense of ‘People care about us, they built this for us and want us to succeed.’”

All the new school designs were created with stability in mind, Mayne said, with solar panels and in some cases, living earth roofs. In addition, renovated high schools now have “makers spaces,” open to any class for hands-on learning activities.

PPS is currently on a 30-year plan to modernize all of its schools. Pending a bond renewal in 2024, Wells and McDaniels high schools will begin modernization.

The master planning process will likely take into account a burgeoning cultural intolerance for celebrating prominent historic figures who were also slave-owners.

In June 2020, a statue of Thomas Jefferson that long resided on Jefferson High’s campus was toppled by protestors – a development greeted by many alumni who agreed they had not learned the full story of the school’s slave-owning namesake until after they graduated.

Last year, the former Woodrow Wilson High school was renamed after Ida B. Wells, a Black trailblazing journalist; Wilson was a Ku Klux Klan supporter. Soon after, Madison High School was renamed for beloved principal Leodis McDaniel in response to a community-led campaign. Proponents of the Madison rebrand took issue with the fact such a diverse school bore the name of the nation’s fourth president, also a slave owner.

The closing date for master planning committee volunteers is May 20, and those interested can apply at www.pps.net/Jeffersonbond.

“How often do you get the chance to design something that will last a hundred years?” Mayne said.

Jefferson High will hold a drop-in open house-style meeting May 17, 4 to 7 p.m., in room B27. Community members are invited to learn about the school's modernization process and to share their input. Childcare, translation services and food and drink will be provided. For more information, visit www.pps.net/JeffersonBond.