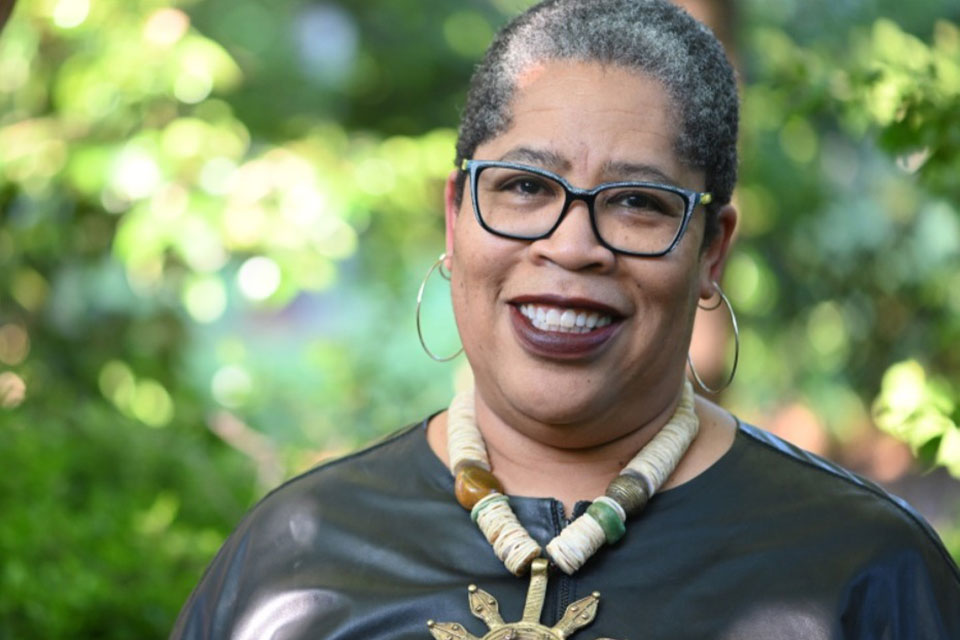 After more than 30 years of teaching and scholarship on intersectionality in education, Washington native Cynthia Dillard has returned home to serve as dean of Seattle University’s College of Education.

Dillard holds a Ph.D. in Educational Leadership and Language, Literacy and Culture from Washington State University, and was most recently the Mary Frances Early Professor in Teacher Education at the University of Georgia. Dillard tells The Skanner why Seattle University, a private Jesuit school with a student enrollment of about 7,500, is a progressive hub on the cusp of exciting changes – and why an equitable education system must include “inviting Blackness to show up.”

This interview has been edited for length and clarity.

The Skanner News: What excites you about serving at Seattle University?

Cynthia Dillard: This institution was and is in the midst of a pretty radical change that I thought would be really interesting to be a part of. One, we have our first lay president here, Eduardo Peñalver, who is a Cuban American scholar and a brilliant law scholar. And his vision for Seattle University was something that just carried me. It was all the things I’d been working on for a long career of 30-plus years – justice, fairness, innovation, diversity, equity, inclusion not just in words but in deeds. Relationships between Seattle’s university and Seattle. So all of those things that Eduardo was bringing made me think, to have a president like that would be amazing. And then to be a dean in an administration like that would be amazing. It allows us then that space to do similar kinds of critical work in education. That’s part of the reason why I’m here. It’s home, too.

TSN: How did this path in education get started for you?

CD: When I began to think about careers, it really wasn’t education at all. I’d come from a family where my father was a teacher and honestly I tried my best not to be a teacher, partly because I could also see the conditions that teaching placed you in in terms of salary, hard work, late nights, being engaged in students’ lives and the lives of their families and communities. So it was not a profession that I thought I wanted to be a part of.

I started as a communications major. I thought I wanted to be a broadcast journalist. So I went to the University of Washington to start in that way, but once I got there I realized the place where I loved to be was with young people. Any opportunity, whether it was in the local coffee shop or in the department store where I was working part-time, if young people came in in a small group, that was where I gravitated towards.

Then at one point I thought, okay, maybe doing something with young people would be important.

I was working at that time in JC Penny in west Seattle and young people would come in from West Seattle High School, from their diversified occupations program, and vocational program, and they would ask to do displays in our store just for practical experience in marketing. I loved my time with them. And the more time I spent with them, the more I loved my time with them. I loved what they did, how they thought, their joy, and that’s what sent me back to Central Washington University to get my undergraduate degree in marketing education. That was where it started.

TSN: You hold an advanced degree in literacy education. That is something we struggle with in Portland, where reading proficiency scores show we are failing to serve Black students. What is your approach to literacy education?

CD: As a person who’s been in education for a long time, I’ve been through all of those movements of education: whole language to phonics-based to literature- and literacy-based education. I don’t know that there’s one thing that fits all children, but what I do know is that all children deserve to be able to read the word and read the world.

For me, it’s a critical literacy perspective that’s necessary. It’s not so much focusing on the particular ways that you get to that, but it’s on focusing on the idea that you’ve got to help kids be able to read what they’re seeing, read what they’re coming to know, critically look at texts to see who’s the protagonist, to see what the issue is, to add their own perspectives to things that they’re reading. To create new endings for stories that have been told both in their books but also about them as a people. So I think it’s a critical literacy perspective or approach that we need, but there’s going to be lots of ways to get there.

A really good example, if you watched the Oscars on Sunday, of course the big to-do was about Will Smith (slapping) Chris Rock, and their interaction behind Jada Pinkett Smith. On the one hand we could certainly read that as men protecting their women, that’s one read. We could read that interaction as folks not really paying a lot of attention to Jada and what happened to Jada, but instead acting out a particular form of harm and violence towards one and other, in both the case of Chris and the case of Will Smith.

Helping students be able to read carefully from a basis of knowledge is really key for me. 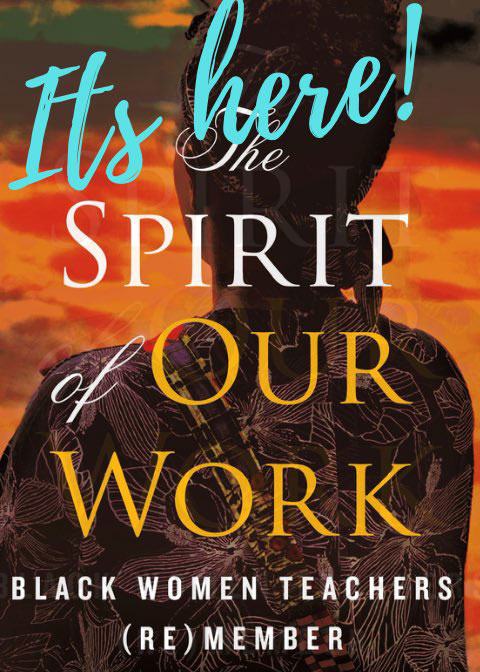 TSN: In your most recent book, The Spirit of Our Work: Black Women Teachers (Re)member, you write about bringing American teachers into classrooms in Ghana to observe.

CD: While I had data from lots of other kinds of people, it was the Black women who I think had the most to say about the kind of teacher education that would really be useful and helpful if you really wanted to center Blackness, and you wanted to center all the other intersections as well. So that’s what this book is about, it’s just beautiful stories of Black women who spent a bunch of time in Ghana with me. And they (had the opportunity for) critical study about that place, and about those heritages, and they spent time watching teachers who have never been displaced from their own heritage and culture, and children who were the same.

And they probably learned more about teaching and learning in those five or six days that they spent in schools in Ghana than they probably have learned in their entire teacher education. Partly because (they were observing) just masterful teachers who were not working against these questions of marginality, and not working against these questions of not being centered. Not working against not having a history book. That experience helped them to then come back to create different kinds of conditions for education at multiple levels here in the United States.

TSN: What did this time in Ghana teach you about shortcomings in teacher education in the U.S.?

I would argue that for most of us, even the generations now who are going through school, Blackness is not invited into the room.

So that’s one thing that our teachers have got to get better at: inviting Blackness into all facets of the space.

Secondly, schools have got to be thought of in a different kind of way. We have to think of schools as sanctuaries for students. If we think historically, Black schools, particularly in the 20s, 30s and 40s, during segregation, were definitely schools of sanctuary for us. They had Black teachers, we learned Black content, we learned our anthems, we learned our ways of being. We learned our languages. But schools are not those same sanctuaries post-integration for Black students. So how do we set up schools as a kind of sanctuary space? I’m speaking of for Black students, but I think that’s true of all students of color, and then all white students as well. How are those (classrooms) spaces of care and concern? How are they spaces of safety and health and wellness? How are the people in there modeling that kind of behavior? How are they places we all want to be?

The last piece for me is that we somehow have to reclaim the goodness of these heritages. In the same way we don’t usually invite Blackness, we don’t believe that it’s useful or good. And so part of what we’ve got to do is that kind of reclamation of various heritages, and cultural knowledge, in addition to disciplinary knowledge, and math, science, social studies. How do we reclaim heritage and education as one important piece altogether?

Because for any student who’s coming into the space, they’re being affirmed about something. White students have typically been affirmed by the education that they’ve received, because they're everywhere within it. Which makes sense for them. But for those who have been most marginalized by education and society, what we also find is that there is no claim to goodness of their heritages and cultures. We’ve got to get to this claiming before we can get to the point where we actually are able to have education that is much more equitable. And frankly, much more interesting. Much more necessary.

What I watched and not just in Ghana, but even in my experiences in higher ed and teacher ed all of these years, is that my white students will also resonate with an education that is much more truthful. There is a point of resistance and certainly uncomfortableness, but my job as an educator is to say, ‘This will not be comfortable. You will not be centered here. But if you stay in this church long enough, you will be healed by this process.’ And that’s what happens for them.