Black Filmmaker Explores Oregon as a Backdrop, Lands at Sundance 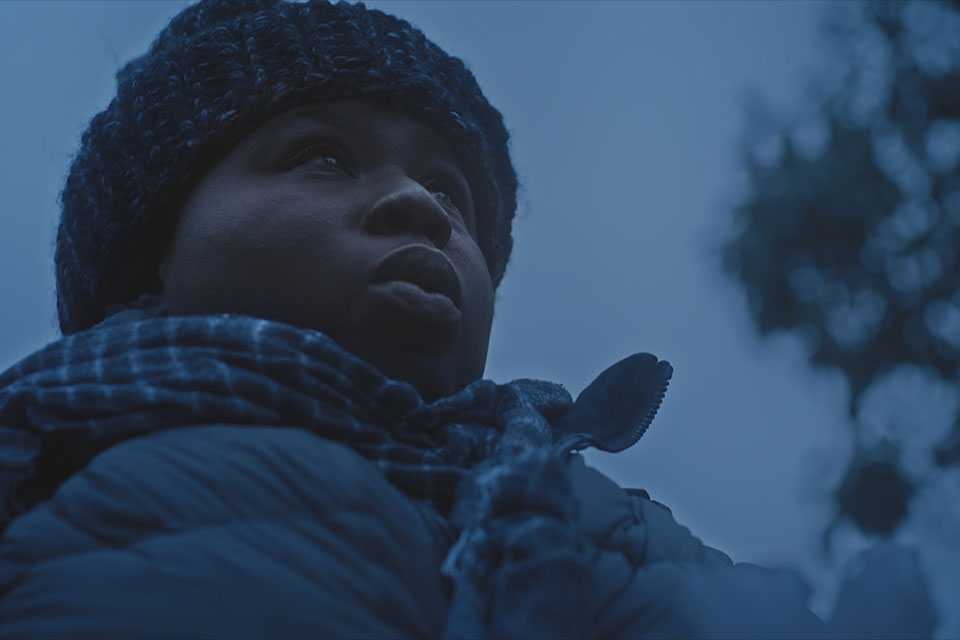 Shariffa Ali was a guest artist with the Oregon Shakespeare Festival when the pandemic hit. Born in Kenya, raised in South Africa, and currently based in New York, Ali remained in Ashland at the invitation of artistic director Nataki Garrett. Theaters were shuttered, so Ali used the time to move outside of live performance and explore another visual medium. 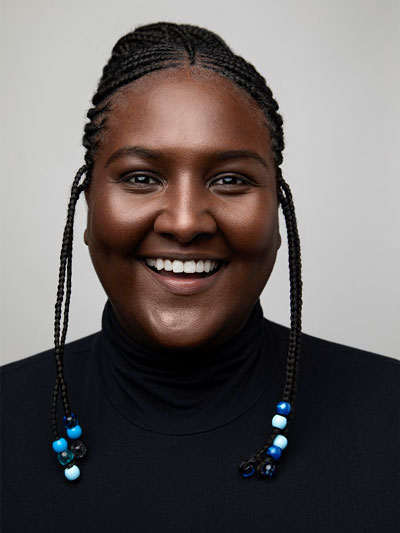 Shariffa AliDuring this forced sabbatical, Ali created her first film, Ash Land. With a $20,000 Outdoor Adventure Film Grant through the Oregon Made Creative Foundation, Travel Oregon, and the Oregon Film Office, Ali and her team followed up with an ambitious film short. You Go Girl! follows Audrey Jenkins (Tiffany Mann) on parallel journeys: As a standup trying to win over a seemingly unreceptive comedy club audience in Brooklyn, and as a reluctant hiker ascending a trail somewhere in the mountains of Ashland, Oregon – something she specifically swears in her comedy set she would never do. Despite her reluctance, Audrey is receptive not only to the landscape but to encounters she has with fellow hikers along the way.

The stunning work was an official selection at the Sundance Film Festival this year, and Ali hopes to return to Oregon for additional film projects in the fall.

The Skanner spoke with Ali by phone. This interview has been edited for length and clarity.

The Skanner News: You Go Girl! was conceived during the pandemic. How did it come about?

Shariffa Ali: Conceived and shot during the pandemic. In fact, we were invited to make this film after applying for a grant through Travel Oregon (the Outdoor Adventure Film Grant).

The grant was centered around the outdoors belonging to everybody, and especially for BIPOC filmmakers. (The theme explored) the very idea that nature belongs to all of us.

Black and brown people are not often depicted in nature.

I had been in Oregon in the year leading up to the grant, because I am an artist in residence at the Oregon Shakespeare Festival. I’m actually a theater artist by training, and I had just had a show in 2020 that had opened to critical success, only to close as the pandemic hit Oregon. And rather than return to New York, I actually took refuge and sheltered in place in Oregon. The artistic director of OSS, Nataki Garrett, invited me to remain in artist housing and curate and craft projects for the online platform. That was my first foray into filmmaking.

And so as someone who was all of a sudden without a medium, without an art form, in a pandemic, surrounded by these mountains, I wanted to not only conjure and create artistically, but I spent a lot of time outside, a lot of time on those trails, a lot of time at waterfalls and at national parks.

This film is very much informed by that space and time in Oregon.

I am so grateful because now having made not one but two films about that time, I feel I can always explain to my children, or whoever, that this is what it was like to be an artist discovering themselves in the midst of the pandemic.

TSN: You have said this film began as a love letter to your mother, to her passion and quirks.

SA: She is fortunately still with us, and she is in all intents and purposes a nature-lover herself, and an avid hiker and just someone for whom the world, despite the obstacles she has had to overcome, the world softens to her in an interesting way. She’s exquisitely beautiful, incredibly intelligent, and grounded and charming and has had a myriad of careers throughout her life – from an air hostess in the 80s to being a business development consultant throughout much of my childhood and upbringing, and now she’s a wine importer, she imports wine from South Africa and Kenya.

I realized the mother is the marinade – what we are soaked into.

Our mothers are soaked into our bones. The piece for me was one, a testament to that relationship, and also two, a journey around, what does it mean to step into one’s own personhood, when you don’t have your mom in the frame of reference constantly? Who are you? Who do you become? Often in my culture I think that there is a lot of fear around dishonoring the parents or dishonoring your mother, and I think that by that same token, paying homage or honoring them, were things I wanted to discuss and do in the piece.

TSN: You Go Girl! alternates between a comedy club in New York and an increasingly difficult hiking trail in southern Oregon. How did you decide on that contrast as a framing device for the film?

SA: I think in the same way that she is climbing up this mountain, in the great outdoors, she is also on a hike as far as the comedy set goes. She is walking that lonely walk of trying to win a crowd of strangers over, and trying to get them into the palm of her hand, and she grows increasingly more comfortable in that space of the stage, the crowd warms to her. And on the other end, she is making her ascent up this treacherous and at times lonely mountain, and the encounters that she has there could be having an impact on her spirit. And we don't know exactly why, but all we know is we witness someone who is at first very reluctant to be outdoors, and is kind of falling in love with nature as she’s going on the tour.

And she in some ways, we are witnessing her seeing what her mom might have witnessed – because her mom is no stranger to hiking that path, that trail. She’s literally following her mom’s footsteps. And so I think that maternal bond, and the idea of our parents being marinade, and what does it mean to form someone’s own personhood, and letting go of the ways in which you might have resented, or maybe felt defeated by your parents, and making room for all the lessons that they have taught us? Being able to exist in the totality of one’s being is knowing we only have one life to live.

TSN: Audrey explains to the comedy club audience that her mother lives in Oregon. She says it in disbelief, and the statement hits a certain way when someone is talking about their Black parent. Were you alluding to Oregon’s racist history?

SA: I was definitely pointing directly to Oregon’s history, because one of my biggest wanderings when I was in Ashland, Oregon was ‘Where’s the hood at? I need to get my hair done, I need to get my soul food, all the things one gets from being in community…but it didn’t exist. And so I did some digging and found out why. In our first film, Ash Land, we follow someone who is kind of hiding in Oregon, and what does it mean to lose one’s pigmentation in a place that is hostile to one’s color?

TSN: What’s next for you? Will you return to Oregon?

SA: We got accepted and appeared at Sundance, and we’re hoping to get into more and more festivals. I think to be honored in this way at Sundance is really huge, it’s more than we could have ever imagined for a second-time filmmaker, and I’m really stoked because we get to put Oregon and the Oregon Shakespeare Festival on the map as a not only viable, but incredibly exciting place to make films.

For more about You Go Girl!, visit https://www.yggfilm.com.