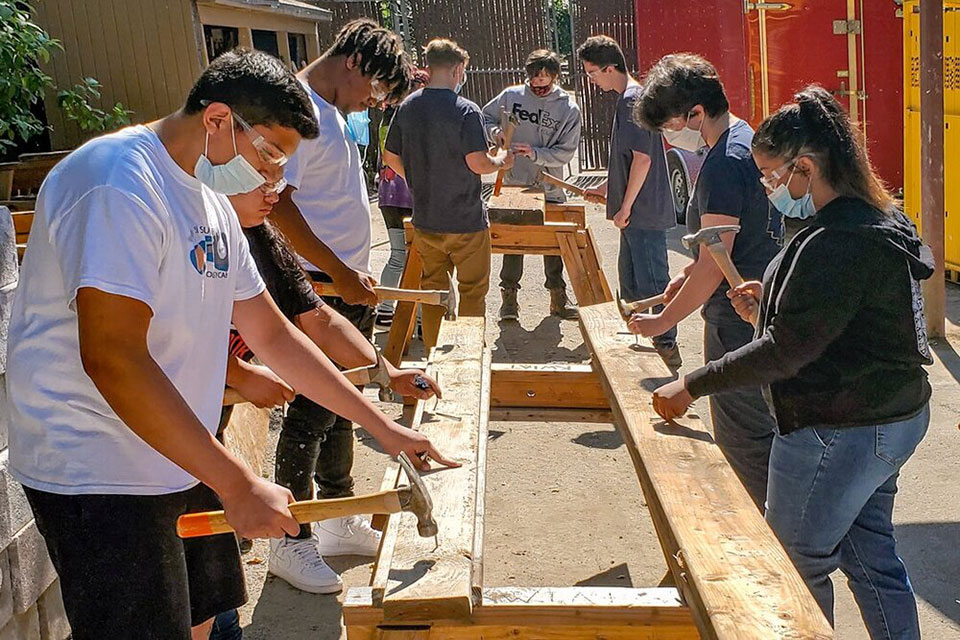 Shifts at the ReBuild Center or Scrap PDX. Shadowing therapists at a community service provider. Learning the ropes at a Black-owned cannabis dispensary.

These are a few of the places young adults in a local work experience program have started their working lives, and thrived – and the city has noticed. 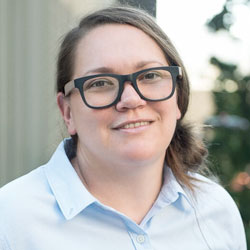 “A lot of times our youth will have no work experience, and this way they can see different pathways to how they can apply their interests, and take the long view” of how their career could unfold, Megan Bell, director of Work Opportunities Training at POIC + RAHS, told The Skanner.

Bell said the grant awarded by the city will allow the program to provide a greater number and greater variety of internships.

POIC + RAHS serves about 3,000 members of the community each year, and reports that 80% of those accessing services are Black or Latinx.

Its mission statement is to reconnect “alienated at-risk youth and adults affected by poverty, family instability, and homelessness” to “education, career training, and culturally-specific wraparound programs, including services for families impacted by the criminal justice system.” Among its many services is a re-entry work program for participants who have previously been incarcerated.

In a statement explaining its grant award, the city declared POIC + RAHS’s workforce program aligned with the city’s intent to “create more flexible pathways for youth to access support and

The city will access grant funds from the U.S. Department of Justice’s Office of Juvenile Justice and Delinquency Prevention, through the state Department of Education’s Youth Development Division.

“POIC+RAHS provides a continuum of education, career, and family services,” the city said in a statement, “from reintroducing houseless teens to the classroom, to pairing gang-affected students with meaningful career opportunities, to helping youth experiencing domestic violence find stability and hope through mentorship.”

POIC + RAHS has often been recognized as an impactful Black-led community organization. In February of last year, Nike recognized POIC with a $250,000 grant as part of the company's $140 million program to support racial justice. In December, Bank of America awarded the minority-led nonprofit $200,000 through its Neighborhood Builder initiative.

In a sense, the culturally specific program is a more conscientious and supported way to enter the workforce.

“We track hours, coordinate bus passes, and help participants buy clothes if they need them for work,” Bell said.

Every construction intern receives a pair of Danner Boots and Carhartt pants, high-visibility gear, and, for the winter cohort, additional layers of clothing to safeguard against the cold. Those reporting to an office for the first time can go shopping with staff who provide a clothing budget that will accommodate “business casual.”

Participants take a financial literacy course and attend workshops on the “soft skills” of being successful in a workplace: “How to talk to your supervisor, communication, adaptability,” Bell said. “Our goal is that every intern would have this dedicated time to those skills, in workshops or one-on-one with their career coach.”

Coaches can step in to facilitate better communication if a participant and employer have a conflict, and they are a resource for employers navigating how best to mentor students through the learning curve of a new work site.

“I think that there’s so much work on both ends, both for the youth and for the employers that are willing to host interns,” Bell said.

The programs can be flexible. While the construction pre-apprenticeship program is 288 hours spread over 12 weeks, other programs are at least 160 hours, but can be shortened to accommodate a participant’s school schedule or other commitments.

“We don’t want them to feel unsuccessful by not meeting that goal” of completing the program, Bell said.

“Some of it’s youth-driven,” Bell said.

“If we have a youth interested in a specific field, we want to try to find an employer and make sure it’s a good match. But then also there’s so many partners and supporters of POIC who want to be involved, we work with them to build a site that’s youth-friendly and building-friendly so we can create a successful internship space.”

“Intel reached out to us wanting to create a pathway program directly through our program,” Bell said. “That way, youth get shorter-term credentials they can fold into long-term employment at Intel. And Intel would potentially work with a student if they were to go on to attend college, they could work around the student’s schedule.

"They’re just committed to the student in a long-term way.”

The result is Intel’s Project Opportunity program, which was piloted last year and has accepted its first cohort of POIC + RAHS students.

“We also have a natural resources program, and so that program will pay interns specifically for outdoor experiences, exposure to nature, and natural resource learning,” Bell said. “That’s kind of unique, it gets youth outdoors doing work they might not have experienced otherwise.”

“In our program, we believe in paying youth for their time,” Bell said, adding that not offering compensation would present a barrier to many youth.

Internships have long been cited as key to breaking into an industry, and have arguably taken the place of entry-level jobs in some sectors. But according to The Harvard Business Review, 43% of internships offered to college students at for-profit companies are unpaid, a practice that widens the opportunity gap for marginalized students who cannot afford to support themselves for the weeks or months they are working full-time without a paycheck.

POIC + RAHS interns can expect to make at least minimum wage. Many of the internships are in sectors that are not only expected to grow, but which provide livable salaries to skilled workers, even without college degrees.

Bell recalled a student who had successfully graduated from the the Bureau of Labor and Industry-certified construction pre-apprenticeship program. Not long after, the student secured a job where he was making upwards of $30 an hour.

“I think internships are the heart of youth work experience,” Bell said.