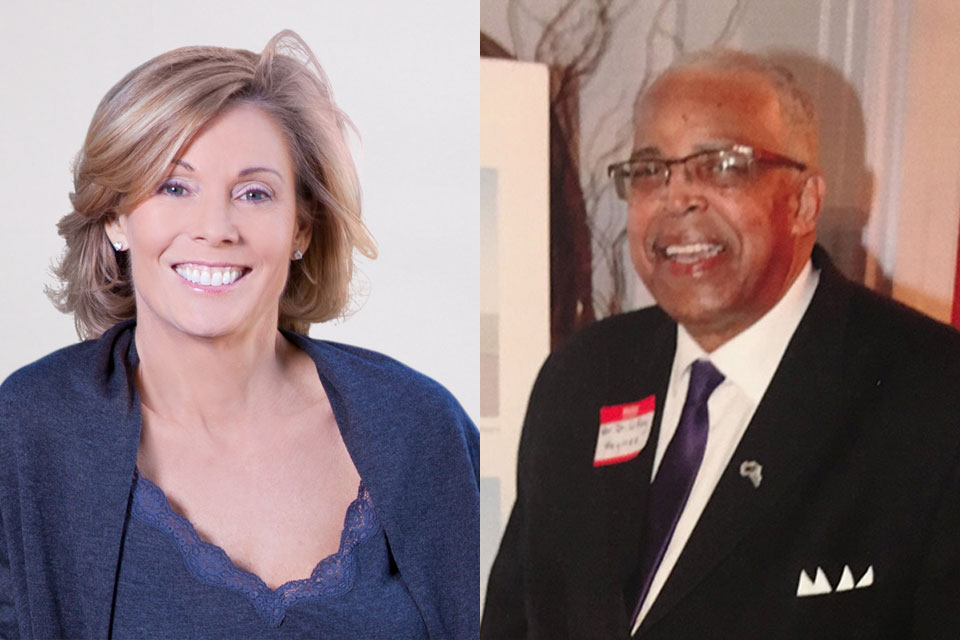 After a year of record-breaking shootings and gun homicides, and widespread frustration at what is seen as a lack of effective response from the city, a local coalition of faith groups and community organizations has issued guidance in the form of 10 steps to immediately reduce gun violence.

The Portland Peace Initiative (PPI), led by the Interfaith Peace & Action Collaborative with the support of the nonprofit Police2Peace, distilled the list after conducting online listening sessions throughout the community. Each session was moderated and limited to about eight community members, with emphasis placed on including underrepresented voices. Participants were asked to reimagine public safety, according to the PPI.

“There’s been a vacuum of city-led responses to gun violence,” Lisa Broderick, executive director of Police2Peace, told The Skanner. “When that happens, there’s nothing left but for the community to band together. Here are words for the ages: This is a perilous time for all of us, for everyone in the country, and a fragile time.

"Someone needed to put a stake in the ground and lead the charge, and that was IPAC.”

The Rev. LeRoy Haynes, a leader in IPAC, agreed.

“You have to have community participation in that process” of maintaining public safety, he told The Skanner. “If the community is frightened about reporting it, that’s going to limit the resolution of that. But it’s nothing like when you have a comprehensive, nonprofit citizens’ police working in partnership with a comprehensive agenda – that will limit, truly limit, the amount of violence in our community. Because everybody wants to feel secure, especially racially minority communities, which takes the brunt of everything…We can have security and police accountability.”

Portland is not alone in the drastic rise of violence: Nationwide, murders increased this year by nearly 15%, making that period the most violent of the century. What seems to separate Portland from other American cities, Broderick noted, was the lack of meaningful response from city leaders.

One reason why might be that out of all major American cities, Portland is the last to maintain a commission-style form of government.

“My theory is that it’s the form of government which has resulted in gridlock,” Broderick said.

“The police chief does not report to one individual, like a city manager, so that public safety can be administered in an organized way. There has been a lack of openness, a lack of unified strategy.”

Broderick said her nonprofit had been working in Portland for about a year. Her organization is in touch with about 7,000 police departments throughout the country, and facilitates peace officer-style training. She pointed out resources the city could have tapped into, like the federal Project Safe Neighborhoods program.

“The US Department of Justice has this program, they have teams that go into cities like Portland and provide technical assistance for violence reduction,” she said. “They could be called tomorrow by the city. The city has not called them that we know of.”

She added, “Community members can’t do those things, but they can band together, have initiative, include the police bureau to discuss strategies that elevate solutions for reducing gun violence. That is all we’re left with.”

From Chaos to Collaboration

Economists and crime experts have debunked the myth that weak economies lead to crime waves. An example commonly cited is the Great Depression, which, according to record-keeping at the time, did not see an increase in property theft or murders.

But many agree that economic turmoil paired with a deadly and ongoing pandemic that has more severely illustrated wealth and health disparities, and failures of federal and local infrastructure to support citizens during mass catastrophe and mortality, have likely contributed to a sense of desperation.

“I think there are several factors there,” Haynes told The Skanner. “The pandemic is I think a central factor to the intensification of it. People have been shut in for so long, in terms of some breaking loose. And every year we had intensified gang violence through the summer and the fall – that’s a regular, consistent thing. I also think there is a criminal element in every major city across the country, and some people are just opportunists. But the ready availability of guns and many of them are illegally acquired, has really intensified the issue.”

In response, IPAC hosted the first PPI The Table event, which convened more than 100 community leaders, nonprofits, government employees, and business owners virtually in November. It was an occasion for attendees to "deepen their commitment to peace in Portland," according to PPI. A second The Table event was held in December, with plans to continue such gatherings throughout the year.

“What’s coming out of The Table is identifying grassroots organizations to elevate for funding,” Broderick said.

The result of community listening sessions is an open list to the city and the police:

"The events of the past year have shaken our city and our souls," said former Oregon State Sen. Avel Gordly, the first Black woman elected to the state Senate, in a statement released by the PPI. "In response, we have increased our resolve to find solutions because there is clearly no time to waste. We're thrilled to have these initiatives come together, and have the guidance of trained professionals to help us achieve the vision we all share. There is hope when we do the work."

But not everyone involved in the PPI listening sessions felt so optimistic. Bernie Foster, founder and publisher of The Skanner, liked the coalition’s intent, but felt the initiative’s directives broke little new ground and were too narrow in scope.

“It’s got some of the same ideas we had 10 or 15 years ago,” he said, specifying that again there were many meetings and repeats of efforts that have been made in the past. “But what I think is really missing in a lot of this is there’s no official outcome, there is no solution.

"It appears to be nothing but ongoing meetings.”

Foster brought up a recent investigation into the Portland Police Bureau, which revealed this week three officers leaked information that falsely implicated Portland Commissioner Jo Ann Hardesty in a hit-and-run incident last year, in retaliation for her criticisms of the police. One of those officers was the head of the police union at the time, and abruptly resigned shortly after the incident. An internal investigation is ongoing.

“We just got that report on the police union that almost framed Jo Ann,” Foster said. “Some of the solutions should be, what happens when a sworn officer in their official line of duty is framing the commissioners, or lying about one of the commissioners? The outcome should be that this person can’t work for the city, all three should be fired, because if they would report an elected city official, what would they do for the ordinary citizens? So there’s no room for that kind of disparaging of an elected official or a citizen.”