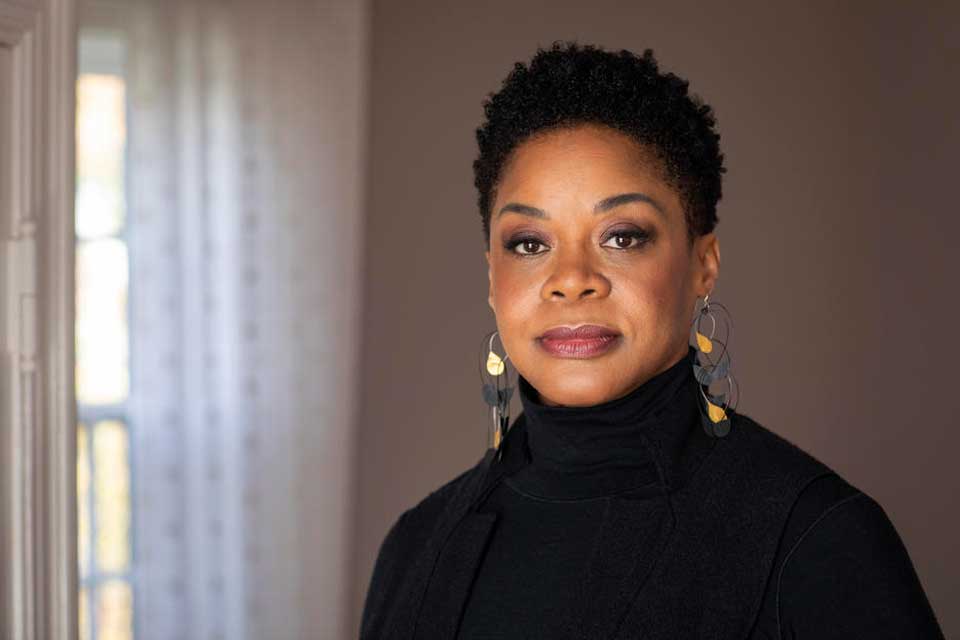 Former Reed dean for institutional diversity Crystal Williams has been named president of the Rhode Island School of Design.

She will be the first Black president of the more than 140-year-old institution.

“Art, education, and equity and justice are the three foundational focuses of my life and everything about me—who I am as a teacher, a writer, a leader, friend, daughter and human—are in accord with RISD’s mission, areas of focus and social equity and inclusion goals,” Williams said in a statement.

She is set to take office April 1 of next year.

Williams, who holds a bachelor’s of art from New York University and a master’s of fine art from Cornell University, began teaching creative writing at Reed in 2000. In 2011, she was named as the first dean for institutional diversity to address the cultural challenges on campus experienced by racially and socially underrepresented students, including those who were the first in their families to attend college.

“Indeed, the very challenge we experience because we are a small school may be what ultimately allows us to achieve success,” Williams said at the time, “which might be what one faculty member described as developing a critical mass of people such that a member of any group in the minority—people from underrepresented ethnic groups or women in certain fields, for example—is not the only person in the room with that identity. In support of that desire is social science research that suggests when critical mass is achieved, the members of the underrepresented group are more engaged, perform better, and are better able to voice their opinions as individuals as opposed to being cast as representatives of their group. Research finds that a critical mass of underrepresented populations stimulates and enhances critical thinking for all students.”

An accomplished writer who has said “I write poetry, in part, because it offers a space in which I can investigate via metaphor what it means to be human,” Williams has published four books of her own verse: Detroit as Barn, Troubled Tongues, Lunatic, and Kin.

But Williams began her own exploration in the arts with performance, finding a happy medium in slam poetry as she began to explore verse. She competed in the 1995 National Slam as a member of the Nuyorican Slam Team, delivering a one-woman poetry performance of her original piece “In Search of Aunt Jemima.”

“Two things were gnawing at me: I was tiring of the three-minute constraint of the slam poem, and I was getting more interested in the craft of poetry as a vocation,” Williams said.

Throughout her career, Williams has demonstrated her strong belief in the importance of the liberal arts as a tool for communication and elevation.

“I don’t fully understand people who write and write and write in obscurity,” she said in a 2011 interview. “That’s not who I am. I think of myself as a public poet, and I want to be in conversation with an audience, in service to people.

"I think art should be functional and of use to other people, which is why I believe in clarity.”

In 2013, she moved on to Bates College in Maine, the first co-ed university established in New England and one that accepted Black students prior to the Civil War. There, Williams served as associate vice president for strategic initiatives, focusing again on student recruitment and retention and establishing a program to support first-generation college students. She continued to blend the arts with social advocacy through storytelling initiatives and organized, campus-wide conversations.

At Boston University, Williams took on another inaugural role, this time as vice president and associate provost for community and inclusion, a position she currently holds as she transitions to Rhode Island.

"Crystal shares our strong conviction in the critical role art and design play in shaping our world, and she has the expertise and qualities of leadership needed to meet the urgency of this moment and take RISD into the future," RISD Board of Trustees Chair Michael Spalter said.

In the search committee’s recommendation for Williams’ hiring, members noted the way terms “equity” and “inclusion” have essentially become meaningless buzzwords in some segments of the culture.

“She has a deep commitment to leading change.”

Although RISD is known largely for visual arts, the hiring team identified the value of having a poet and activist at the helm.

“When you first meet Crystal, you are immediately struck by her warmth,” they said. “She is present, receptive and kind. She has an aesthetic sensibility and a keen power of observation and she listens, deeply.”