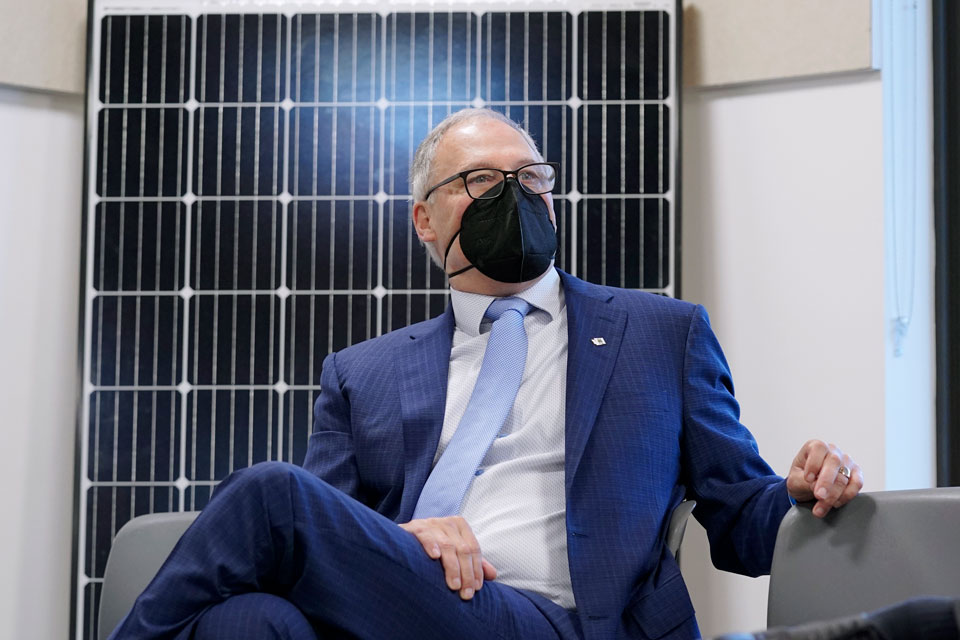 OLYMPIA, Wash. (AP) — Washington Gov. Jay Inslee on Wednesday proposed a host of efforts to address homelessness in the state, including a plan to help people stay in their homes, increasing emergency shelters and permanent supportive housing and expanding services for addiction or mental health issues.

Inslee’s plan looks to spend about $815 million, with more than two-thirds covered by federal coronavirus funding the state has received. His proposal looks to build on nearly $2 billion of state and federal money that was approved by the Legislature earlier this year for housing and homelessness programs.

A policy brief released by Inslee’s office says that before the pandemic, about 30 out of every 10,000 Washingtonians were experiencing homelessness, and that preliminary data indicates that there was a 2% increase from January 2020 to January of this year.

“This is a statewide problem, not just Seattle, not just King county,” Inslee said at a news conference outside of a Habitat for Humanity project site in Seattle. “And it calls for a statewide solution.”

Among the spending he is asking the Legislature to approve:

Inslee’s office said the proposal would give cities flexibility on what type of middle housing it would allow, and that while cities with populations under 10,000 are not required to build middle housing they are encouraged to do so and can access resources from the state’s Department of Commerce if they do.

“We need to build more affordable housing and we need to provide the services that are necessary to get unsheltered people, to help them through their challenges, to become sustainably housed,” Inslee said.
Seattle Mayor-elect Bruce Harrell said he appreciated the conversations with the governor and others on how to “better unite to address the challenge like the crisis it is.”

“That will mean connecting people living unsheltered with the housing and the services and the trust that meets their needs to leave encampments with safety, humanity and dignity,” he said.

Inslee has been unveiling policy proposals through the week ahead of Thursday’s official supplemental budget plan rollout. On Monday he addressed several climate-related measures and on Tuesday he discussed a salmon recovery plan. His overall budget is just the first of three budget proposals the public will see.

The Democratic-controlled House and Senate will each present their own budget plans during the 60-day legislative session that begins Jan. 10.