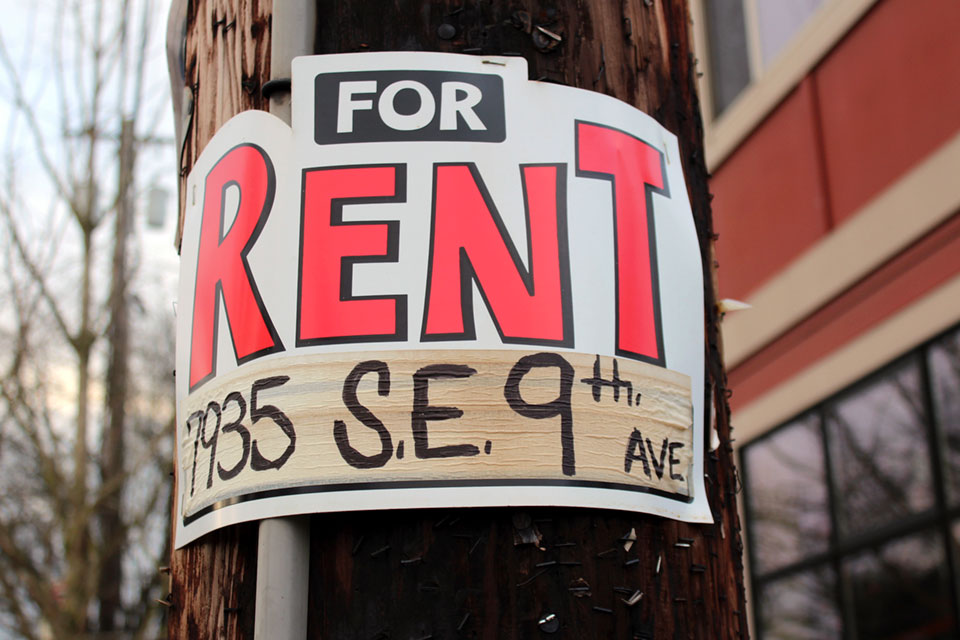 PORTLAND, Ore. (AP) — Inside Musonda Mwango’s Portland apartment are details of his life that have transformed the property into a home. His guitars hang in the corner where he composes music, Christmas decorations adorn the walls, and pictures of his three children — who live with him — are proudly displayed.

But as days tick by and bills stack up, Mwango is part of the growing number of households at risk of eviction in Oregon, even as he awaits aid from the state.

“We are going into winter, and in a period of celebration," the 36-year-old father said in late November. “And yet, you also have this thing at the back of your mind that this place, that we call home, might not actually be our home much longer.”

In Oregon, where a longstanding housing crisis has been exacerbated by the COVID-19 pandemic, tenants on the brink of eviction are losing the safety nets that kept them housed. Despite an overwhelming need, the statewide rental assistance program stopped taking new applications after all federal funds have been requested and committed to renters.

Now, an estimated 8,355 households are are at risk of eviction, as protections keeping them housed have expired after they waited for rental assistance for more than two months. More than 22,000 households are still waiting to be considered for help.

The need for help continues to grow, especially as many tenants struggle to pay months of back rent. And now — as more than 67,000 Oregon households report that they feel “not at all confident” they can cover next month’s bills, according to the most recent U.S. Census Bureau survey — lawmakers will be scrambling for solutions during a special session that begins Monday.

Due to the immense backlog of rental assistance applications, Gov. Kate Brown signed a law in June that grants renters a 60-day period in which they cannot be evicted due to lack of payments, as long as they provide proof that they applied for aid.

Following the expiration of the federal eviction moratorium, other states have implemented similar eviction limitations. In Connecticut and Virginia, a landlord must file for federal rental assistance before removing a tenant. In Michigan, the eviction process is paused while an application for aid is pending. In New Jersey and New York most renters can’t be evicted until January.

Mwango applied for rental assistance in July and was approved in August. As of the end of November, Mwango still had yet to receive aid from the state. He is now past the protection period and, under state law, can be evicted.

“We get calls from people every day who are in this situation,” said Sybil Hebb, the director of Legislative Advocacy for the Oregon Law Center. “The overwhelming word I would use to describe those calls is just pervasive desperation and fear."

Since July, Hebb said there have been more than 2,200 eviction proceedings filed in Oregon for non-payment. From 1,000 to 3,000 new rental assistance applications are submitted each week.

“If we let families down we are going to be pushing people into the real threat of homelessness. It’s unconscionable not to take steps to prevent that,” Hebb said.

Officials say a significant number of people are applying for state aid to pay back rent that has accumulated since the pandemic, as well as growing late fee charges.

“Even if someone has started a new job and they’re now employed … they may still have thousands of dollars of back rent that are owed,” said Margaret Salazar, the director of Oregon Housing and Community Services.

Of the $289 million of federal rental assistance funds in Oregon, $119 million has yet to reach renters. Despite this, in November the Oregon Housing and Community Services announced nearly all the federal funds allocated to the state had been requested — as a result the state agency stopped accepting applications in December.

Halting applications also eliminates the protection period for people who apply for the Oregon Emergency Rental Assistance Program after Dec. 1, though they can still apply through local community programs. However, not every Oregon county or city has rental aid available.

“It is clear from the ongoing intake of applications and the demand that’s been demonstrated that Oregon needs additional rental assistance,” Salazar said.

Texas and New York have also committed all of their money or indicated that funds will be exhausted soon. 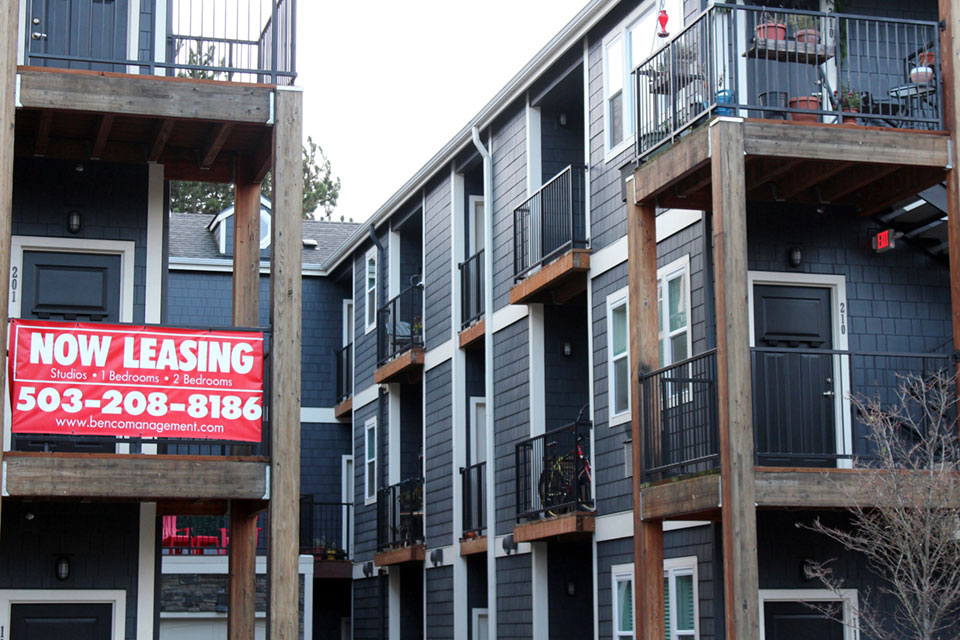 A 'Now Leasing' sign hangs off an apartment building staircase in southeast Portland, Ore., on Wednesday, Dec. 9, 2021. As of October, the most recent data provided by the U.S. Census Bureau, more than 67,000 Oregon households reported that they felt "not at all confident" that they would be able to cover the next month's rent. (AP Photo/Sara Cline)

A crisis of people

State officials in Oregon have asked for $198 million in additional money from the U.S. Treasury, but it's unclear whether the state will get it. The Treasury is expected to begin reallocating money from places that have not spent it.

Following mounting calls from advocates and lawmakers, Brown announced the Legislature will return for a special session to address eviction protections.

State Sen. Kayse Jama, who is leading a legislative housing committee, says there are three solutions that “need to happen at the same time” to keep Oregonians housed — additional funding for the rental assistance program, extending the 60-day eviction safe harbor and speeding up rental assistance processing.

Brown is also proposing that landlords be paid in full for the rent they are owed, that up to $90 million in additional rental assistance be provided to low-income tenants through the winter and $100 million for local agencies to deliver more robust long-term renter protections.

“This is not a crisis of numbers, it is a crisis of people,” Mwango said. “People that are actually trying to get ahead and who have been derailed by the pandemic – not by fault of their own and not because they are lazy.”