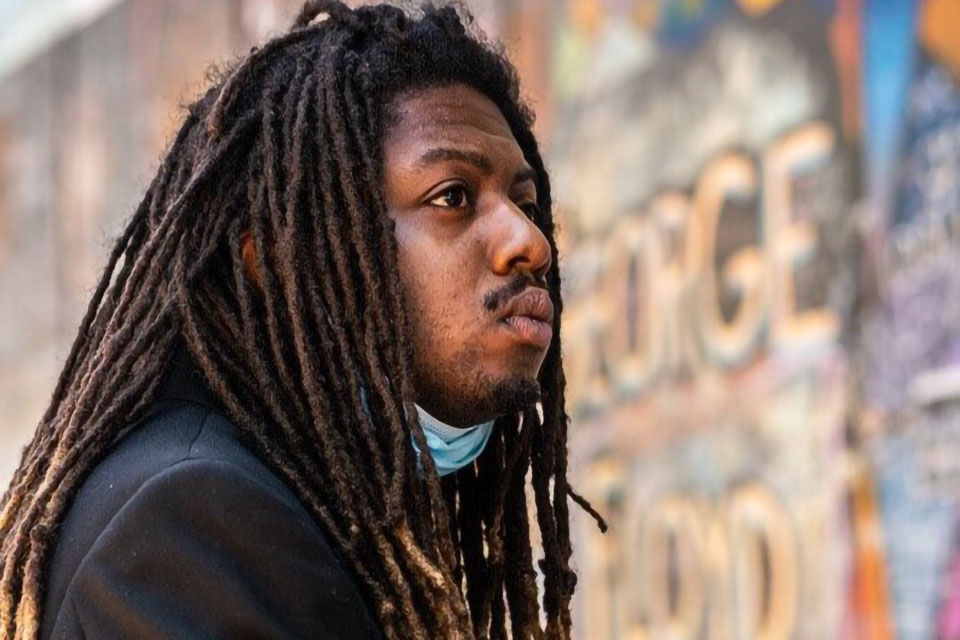 The city’s decision on how to spend an unexpected $31 million budget surplus has left some civil rights and police reform groups livid and questioning why the City Council reversed its stance from a year ago.

Many are calling foul on the city’s allocation last week of an additional $5.2 million to the Portland Police Bureau’s annual budget of $230 million. In explaining his decision, Mayor Ted Wheeler cited record homicides and shootings since the beginning of the year, clarifying his goal to hire 300 additional PPB staff members over the next three years, 200 of them armed officers. Much of the funding increase will go to recruitment.

“When traumatic things happen in a community, it’s always used as a justification for more police,” Donovan Smith, second vice president of the NAACP Portland branch, told The Skanner.

“I think the amnesia from last year is pretty wild.”

The adjustment was part of the fall budget monitoring process, which this year addressed an additional $62 million in revenue from local business license taxes. The NAACP Portland last week issued demands that none of the city’s budget surplus go to PPB, suggesting that the city’s “growing lack of safety” was actually due to “deepening housing unaffordability, spikes in evictions, and other volatile circumstances.”

The group said the $7 million Wheeler had originally proposed for PPB should instead be spent on supporting grassroots nonprofits already serving the homeless community; waiving fines for Black homeowners who need repairs, and instead funding Habitat for Humanity, Taking Ownership PDX, and other programs that offer maintenance assistance; preventing evictions by offering more stop-gap measures as vulnerable tenants wait on state rent assistance; and providing childcare, afterschool, and youth activities.

“We put that out to put pressure on the city to not forget what happened last year in terms of the calls that were made around putting money into more holistic solutions for the community,” Smith said. “We linked that to the data that proves crime and PPB staffing don't have this direct correlation, even while there are interest groups that are really hammering away at this message that we need hundreds more police.”

Indeed, the approved budget was a stark turnabout from the city’s agreement last year to slash $15 million from PPB amid mounting cries from the public to defund police by as much as $50 million. In response to months of Black Lives Matter protests in the wake of George Floyd’s murder, Portland saw dramatic changes in its law enforcement, including the ousting of school resource officers from public campuses, as well as the disbanding of transit police and PPB’s gun violence reduction team. In place of these, local leaders pushed for more robust community programs that would include mental health response resources, like the burgeoning Portland Street Response team, which received $1 million in the recent budget adjustment.

Unequal Access At least one City Council member echoed Smith’s and the NAACP’s criticisms of the public safety investment. In a statement explaining her conflicted yes vote on the budget last week, City Commissioner Jo Ann Hardesty questioned expanding PPB without evaluation, while the citywide launch of the unarmed Portland Street Response had been delayed.

“I believe that attempting to mitigate crime through adding police is among the most expensive, least effective, and least urgent responses we can have as a Council,” Hardesty said.

Although Wheeler presented the adjusted budget as a greater investment in public safety and resources for the homeless, critics like the NAACP Portland are suspicious it was in part the result of a well funded, fear-led campaign -- an allegation Hardesty has also made.

“My primary concern during this Fall BMP has been the lack of process, transparency, public engagement, and measurable outcomes around some of the spending proposed in this budget,” she said. “This was another budget that involved a lot of dealing behind closed doors with the wealthy, well-connected and large business interests and that should concern the rest of us.”

In its budget demands, the NAACP Portland was more direct: “We continue to be disappointed by the Council’s lack of engagement on these critical issues with the local chapter of the nation’s oldest civil rights organization, while new, hidden-money campaigns like People for Portland are granted meetings at City Hall and have a seemingly open-door policy,” then cited Willamette Week’s reporting earlier this month that the newly formed nonprofit People for Portland had spent more than $560,000 lobbying the City Council in just three months.

According to its filings, People for Portland is primarily concerned with housing and community development, specifically the status of safe villages; and police and public safety, focused on police staffing levels, body cameras, and an expanded police street response.

Though the organization is young, it has been denounced by state reps. Andrea Valderrama (D-East Portland) and Khanh Pham (D-Portland), alongside more than 300 other community members who have called on Wheeler, City Commissioner Mingus Mapps and City Commissioner Dan Ryan to reject the "$1.5 million dark money campaign."

“As Black, Indigenous and other women of color, we see ‘People’ for Portland for what it is: a well-heeled fear-mongering effort harnessing anger and hate and directing it towards some of the most vulnerable residents of our city,” the open letter reads.

“You're seeing them on billboards, on YouTube ads, seeing them pop up in city hall in a real strong way, and meanwhile this civil rights organization that is volunteer-run, seems forgotten,” Smith said.

He added that since he began his position at the NAACP in January, he has seen a number of arms of the city, county, and state reach out to his chapter for input. He said the NAACP had seen no such efforts from city hall.

Smith cited an independent report released this month that examined PPB’s own data and found discrepancies in the argument that more funding for more police leads to lower crime rates. Resource Analysis: Portland Police Bureau Staffing Trends 2016-2021 concluded that "the size of the Portland Police Bureau's budget does not show any association with staffing levels," and that even if it did, the data demonstrated "additional officers do not correlate with a decrease in crimes.”

“From as much as you’ll hear from city hall being data-driven, I think it is important to take a step back and really look at the research.

"And say, ‘Do crime and the number of officers necessarily equate?’” Smith said.

Smith also questioned the city’s decision to invest $2.7 million in body cameras to be worn by officers on-duty.

“There’s such a strong push for body cameras, do body cameras actually do what people seem to think they do in terms of accountability?” he said. “Are they actually worth the millions they cost, or are things like ending qualified immunity for officers across the state a more effective way of changing these structures that have let police get off with impunity for years? I will argue that ending qualified immunity is probably more effective.”