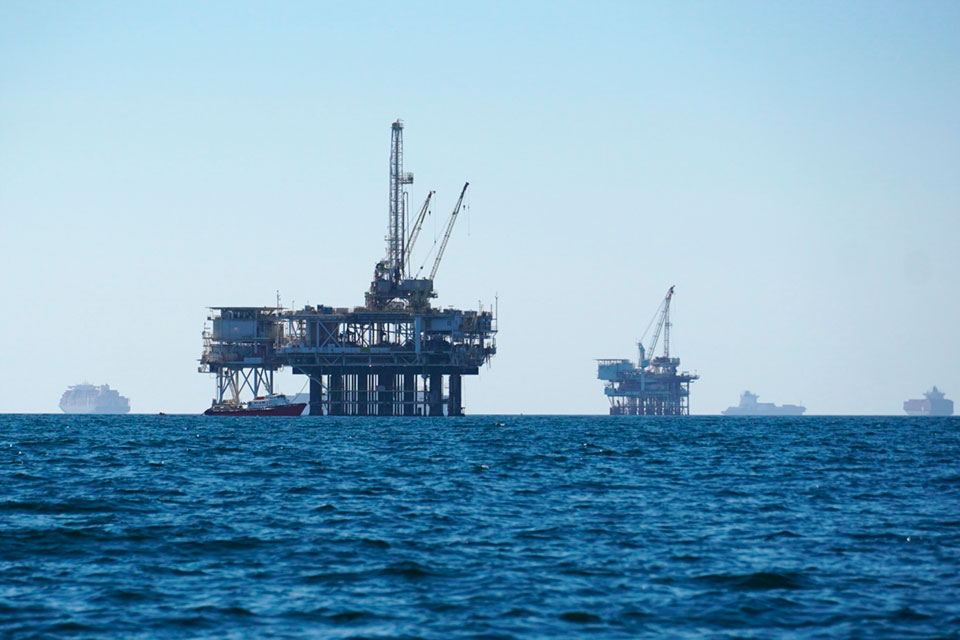 SALEM, Ore. (AP) — Oregon residents are increasingly pushing for the state to divest from fossil fuel companies and other controversial investments, but the state treasury is resisting and putting the onus on the Legislature.

In addition to fossil fuel companies whose products are a main driver of global warming, the state employee retirement fund is also invested in a company whose spyware was used against human rights workers, journalists and other targets, and in companies that operate private prisons where detained immigrants were mistreated and some died.

Even as some cities and other states such as New York have begun divesting, Oregon, a predominantly liberal state, clings to the status quo. The disparate approaches underscore that managers of public funds are often torn between ethical considerations, legal imperatives and obligations to beneficiaries.

The Oregon State Treasury oversees some $118 billion in investments, including an undisclosed amount in fossil fuel companies and other controversial sectors. Oregon State Treasurer Tobias Read wouldn't be pinned down on the amount, despite repeated direct questions by Oregon Public Radio.

In a letter to House Speaker Tina Kotek and Senate President Peter Courtney, Read and fellow members of the Oregon Investment Council said they can't pursue divestment because state law specifies investments must “make the moneys as productive as possible.”

They said it’s up to the Legislature to change the laws and warned that lawmakers might need to dig into the state’s general funds to cover any losses from divesting.

“When we exit investments, we do so for performance reasons, not political or personal ones,”

Read and four other members of the OIC wrote in their Oct. 25 letter.

Kotek, who is also a Democratic candidate for governor, was not impressed.

“Speaker Kotek ... supports pursuing strategies to divest Oregon’s public funds from fossil fuels,” her spokesman Danny Moran said in an email Friday. ”She finds it disappointing that Treasurer Read’s letter seems to affirm his support for the status quo."

Much of the divestment focus in Oregon is on fossil fuels, with groups such as Divest Oregon and 350PDX pushing for it to combat climate change. Divestment advocates say there's also a financial incentive, with the value of share offerings in fossil fuel companies dropping.

Some entities in the state are moving in that direction. For example, Reed College in Portland announced last month that its endowment of roughly a half-billion dollars won't make any new investments in oil, gas, and coal industries and all such existing investments will be phased out.

Receiving less public focus is the state employee pension fund's investment in NSO Group, an Israeli company that produces spyware that enables a client to infiltrate a target's smartphone and see emails, texts, photos and to activate its microphone and camera.

Among those who were targeted: Amnesty International human rights monitors, journalists, politicians and the fiancee of Washington Post contributing columnist Jamal Khashoggi. He was murdered and dismembered in the Saudi Consulate in Istanbul in 2018. In 2019, NSO Group was sued by Facebook for hacking into its WhatsApp messaging app.

On Nov. 3, the U.S. Department of Commerce announced that NSO Group and another Israeli company, Candiru, were being added to its trade blacklist because they “developed and supplied spyware to foreign governments that used these tools to maliciously target government officials, journalists, businesspeople, activists, academics, and embassy workers.”

NSO Group says it only sells access to Pegasus to “vetted government agencies” for use against terrorists and major criminals. Read's office did not respond to a request for comment about whether he thinks an investment in a company blacklisted by the United States is still a good one.

How Oregon got into this situation in the first place started in 2017, when leaders of Novalpina Capital, a London-based private equity company, came looking for their first major investors.

“We have to find deals that other people don’t see or don’t want to do for various reasons,” Stephen Peel, a Novalpina founding partner, told the Oregon Investment Council members in their suburban Portland office.

The council committed $233 million to Novalpina Capital, which later acquired a majority share of NSO Group.

Since then, Novalpina Capital's founding partners got into a bitter internal dispute, leading investors to strip them of control of the private equity fund. It is now managed by Berkeley Research Group, said Oregon Treasury spokeswoman Rachel Wray. The company describes itself as a global consulting firm that helps in disputes and investigations, corporate finance and performance improvement.

Wray said she cannot comment further “because of our limited partner status” and that inquiries should go to Berkeley Research Group. That company, based in Emeryville, California, did not respond to requests for information.

Opponents of divestment argue that funds would lose whatever leverage they might have with the companies they're involved with. Read and the investment council members told Kotek and Courtney that divesting is “an ineffective tool for having real impact.”

Read tried to exert that shareholder leverage when, in January 2020, he and Oregon Attorney General Ellen Rosenblum called for corrective actions from the boards of directors of two companies, CoreCivic and GEO Group, that operate detention centers under contracts with the federal government. Read and Rosenblum cited concerns about health and safety and said the boards of directors had neglected their fiduciary duties.

If Oregon lawmakers try to facilitate using divestment to combat climate change, it likely won't be until at least 2023, when the Legislature will be in a longer session.

The 2022 session lasts only about a month, giving little time to push complicated legislation through the legislative process, said Robin Ye, chief of staff for Oregon Rep. Khanh Pham, who is among lawmakers looking into ways the state can combat the climate crisis, including through divestment.