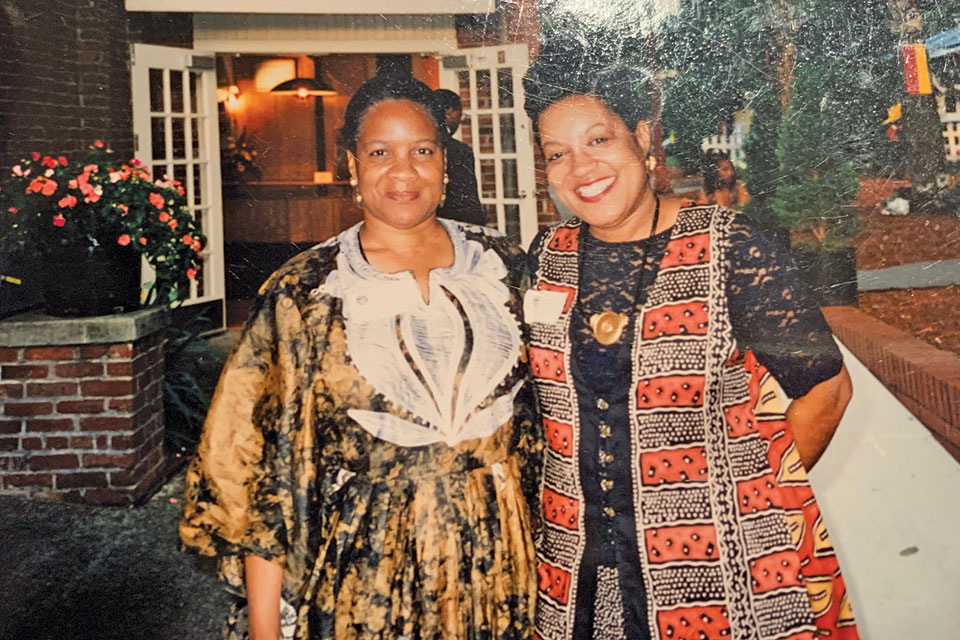 The Gordly Burch House at 4511 North Williams Avenue is an unimposing single-family home next door to a small community church. But in the past 80 years, it has been an important center of Portland’s Black community, inhabited by union members, community activists, and the first Black woman ever elected to the Oregon Senate.

Now, sisters Avel Gordly and Faye Burch are transforming their family home into a Black leadership academy and a neighborhood archive.

“My sister Faye and Lakeitha Elliot and I have had layers of conversations over time about wanting the Gordly family home to be preserved as a meaningful part of Black history in Portland,” Gordly told The Skanner. “When you look at the makeup of families that lived on that block during the years I was growing up, in the late 40s, 50s, into the 60s, there were a number of Black families -- intact families, mom and dad and children. And we had community and we looked out after each other. When I think about what’s now left and what the ownership looks like now, say from Going Street going south to Skidmore on Williams Avenue, you still have Black home ownership, or Black property owners. And again, each of those homes has its own story of community, what made Black community, and now what’s left of Black community.”

With the support of Self Enhancement Inc., Burch and Gordly have conceived of the Gordly Burch Center for Black Leadership and Civic Engagement.

"We are applying for several grants with Meyer, PCEF and other organizations," Burch said. "We are working on more future opportunities as we go along, and will have a family contribution as well to work with grant writing."

Lakeitha Elliott, a community organizer who is actively involved in development efforts, told The Skanner. “It’s a unique opportunity, in the context of community and having the support of the Gordly family -- tapping into the current and previous leadership while we still have their knowledge and information.”

When longtime railroad worker Fay Gordly set out to buy his young family a home in the late 1940s, he found himself unable to secure a bank loan. Burch described how a Jewish friend of the family was able to get financing and purchase the house, with Fay repaying him.

Burch now feels the Black community should be more engaged with banks and corporate America, an opportunity she hopes to share with burgeoning leaders through the Gordly Burch Center for Black Leadership and Civic Engagement.

“In this way we can share with (banks) some of the priorities for people in the communities, because red-lining and bonding insurance and those kinds of things are clearly still a problem,” Burch said. “I hear a lot of people asking, ‘Why aren’t people in your community buying (available property)?’ Well, they can’t get loans. It’s still the same criteria, the same boards, the same people deciding.” 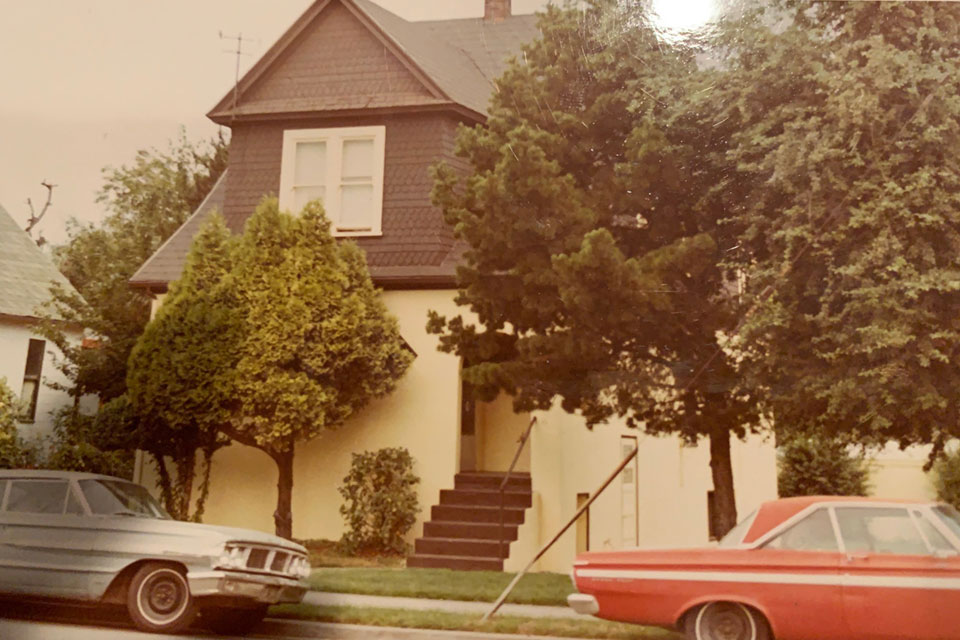 Nor have Burch and Gordly forgotten the discomfort of growing up with a coal furnace. Part of the center’s fundraising goal includes financing to work with the neighborhood to improve energy efficiency, code compliance and heating and cooling systems in nearby homes.

Burch estimates it’s been nearly 20 years since anyone resided in the house full-time. Instead, they have upgraded to hardwood floors and gas heating and opened the residence as a meeting space for Albina Vision and Imagine Black, formerly Portland African American Leadership Forum.

“The house is a place where PAALF was anchored, and its academy produced three or four cohorts,” Gordly said. “I look now at where some of the folks who graduated, if I may use that word, from the program, which I was able to make a contribution to by appearing as a speaker and mentor: Rukaiyah Adams, (Chief Investment Officer) at the Meyer Memorial Trust. I look at Cameron Whitten, the young man who started Brown Hope. I look at Justice Rajee (executive director of the Reimagine Oregon Project), and the work that he’s been doing of late. There’s so many others when you look at the roster,” she said.

‘Rooted in the Artery’

Even before the sisters decided how to dedicate their family home, they were reluctant to sell -- especially at a time when they were inundated by notices from real estate spectators interested in purchasing the property and likely razing the house.

“We used to kind of laugh at their letters,” Burch said. “They’d say, ‘We’re not speculators, we’re friends of the community’” accompanied by personal touches like pet photos or assurances they regularly attended Blazers’ games.

“Both my sister and I are too active in the community to allow something like that to happen to our parents’ house,” she said.

And her family had already had its fill of such practices, Burch recalled.

“(Speculators) walked and drove up and down the avenue, they had inside information of where the city’s going to be developing,” she said. “Even city planners, former city employees, because they know to buy land while it’s cheap because the city’s coming to develop. So when somebody’s missing from their home, their lights are out, their grass isn’t cut, they start looking for them. They would look at Emanuel Hospital, they would ask friends. They would know when you were gone.”

Burch and Gordly recall getting a phone call from a nurse at Legacy Emanuel, where their elderly father was convalescing. The nurse warned that her father had visitors who had brought papers they were urging him to sign.

“We went over there, we tried to talk to my dad, said don’t sign anything -- there were people at that time blindly selling their homes for $10,000 and moving out,” Burch said. “You’d receive letters -- you still receive letters -- and they know your name, they send it to you directly.”

“Anger surfaces, for one thing,” Gordly said. “These predatory folks went to my father’s hospital bedroom to ask about property, and that taught us something about how the predatory soul works, and has worked, in our community. But it also assigns that urgency around not losing our history, not losing our stories, certainly hanging onto the property that is left. And helping families understand what their options are out there today to hang on, to hold on, to maybe develop something else in place of what was. But my sister and I, Fay and Beatrice’s daughters, are not going to allow our history to be erased, and we’re not going to allow it to be misinterpreted, or let it become a story that’s told by someone else. We’re still here. We still have breath. And our commitment is to raise up the stories and the legacy not only of our family, but all the other families too along that artery."

"That artery gave us life.”

Gordly described how her father worked for the railroad for more than 40 years as a Pullman porter and became active in the Brotherhood of Sleeping Car Porters, founded by A. Philip Randolph. Her mother was a committed member of Mt. Olivet Baptist Church, as well as many women’s groups.

“The name Gordly stands for something,” Gordly said. “I guess what I’m saying is, they were somebodies. I think about them. I think about the Maxey family. They had the grocery store, the barbershop; when we were walking home from school back when we were kids, coming back from what was then Highland Grade School, we would stop into the grocery store of course, and Mr. or Mrs. Maxey would always ask, ‘How are you doing today? What did you do at school today?’ And they did not entertain one-word answers. They were community parents.”

She added, “I think the street should be renamed from Williams Avenue to Maxey Avenue.”

Gordly recalls neighbors like her maternal grandmother, Alberta Louise Randolph, who lived up the street; or Manly Baltzegar, a photographer whose work could be found in most family albums in the neighborhood.

“These are stories we can lift up and keep alive through a center like ours that will focus on reclaiming Williams Avenue in that way, but also training young people and emerging leaders to focus on civic engagement and leadership,” Gordly said. “This will definitely be an archive, some museum of sorts. When I look at, we have such brilliant artists in our community -- I think of Richard Brown, I think about his story and his recent memoir, and we certainly want to have that story be taught. And certainly a display of his work in the center, and I have a collection of art and hundreds and hundreds of books on African and Black history and culture -- it all needs a home. It needs a place, and there will be a place.”

Gordly has already had a vision of the new center. 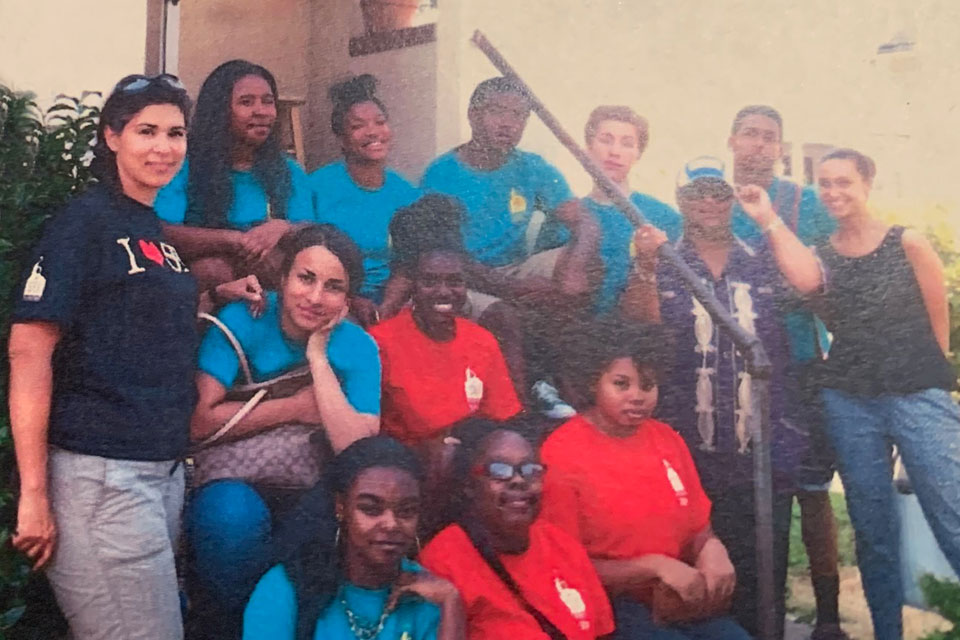 “I’m remembering one day just a few years back when some of us did a walking tour with some students from Jefferson High School, along Williams Avenue, with Ed Washington,” Gordly said. “We wound up at our family home, all the kids were sitting on the steps, and I remember looking back and seeing the kids sitting there and thinking, Yeah, that’s it. In my heart, in my mind -- and my heart was singing that day -- I just said, ‘I know Mom and Dad can see this right now. And it’s so right.’”

Contributions can be made to the Gordly Burch Center for Black Leadership and Civic Engagement through Self Enhancement, Inc.: https://www.selfenhancement.org/