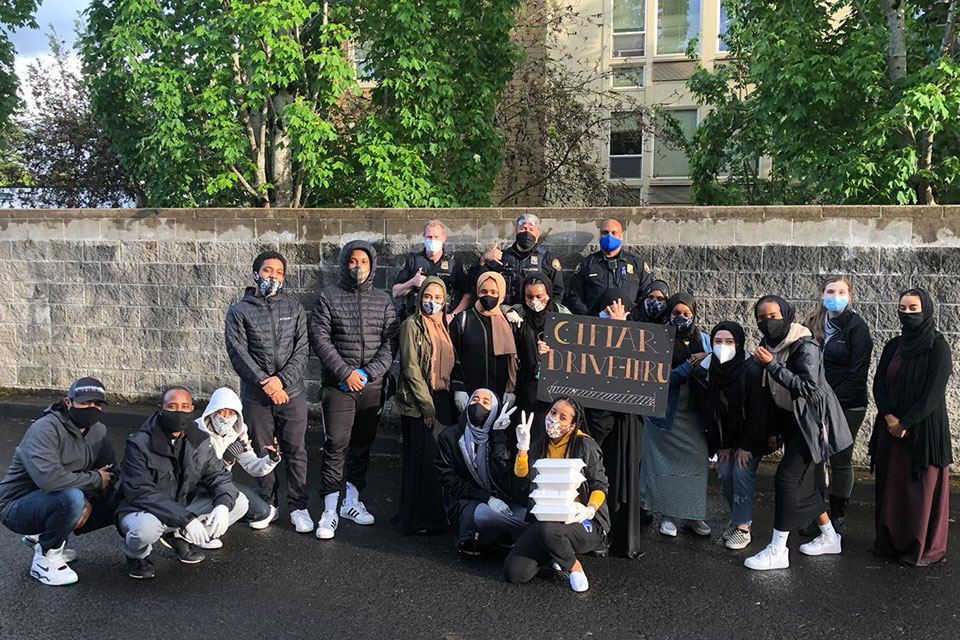 A nonprofit organization that serves thousands of immigrants will have to move its Montavilla neighborhood headquarters to make way for an affordable housing development on the city-owned site. While the group supports such a development, its leaders are expressing frustration that their proposal was passed over.

AYCO executive director Jamal Dar emphasized that the sting of displacement is especially hard on an organization that serves a large population of African refugees.

“These community members, they need help, they need to stabilize their families, and look for a place to call home,” Dar told The Skanner.

“In our community, there’s this kind of moving location to location, from civil war to refugee camp to the U.S. to look for housing, to look for education.”

AYCO’s current headquarters are located in the center of “13 small businesses between 122nd all the way to 60th and Glisan,” Dar said. “There’s about three mosques, two churches, where our community worship. And you wonder, why (is the city) displacing?

"We have this richness of community.”

Metro has owned the 1.65-acre plot since last year.

The Portland Housing Bureau (PHB) reported Metro received five development proposals through its bond opportunity solicitation for the site last spring. Last week, PHB announced it had selected a proposal submitted by Catholic Charities, the Immigrant and Refugee Community Organization (IIRCO), and the private New York-based real estate firm Related Northwest. The development will have a total of 137 units, ranging from studios to four-bedroom apartments, housed in two buildings. Of those, 96 will be classified as family housing.

One building will be served by Catholic Charities and designated permanent supportive housing intended for seniors, those who are homeless, those experiencing domestic violence, and members of the BIPOC community. The family housing is to be overseen by IIRCO, and will give priority to BIPOC, immigrant, refugee and intergenerational households, according to the proposal.

The proposal includes an onsite preschool, small business classes through Mercy Corps NW, and "incubator" retail spaces, as well as a cafe, to foster new business. 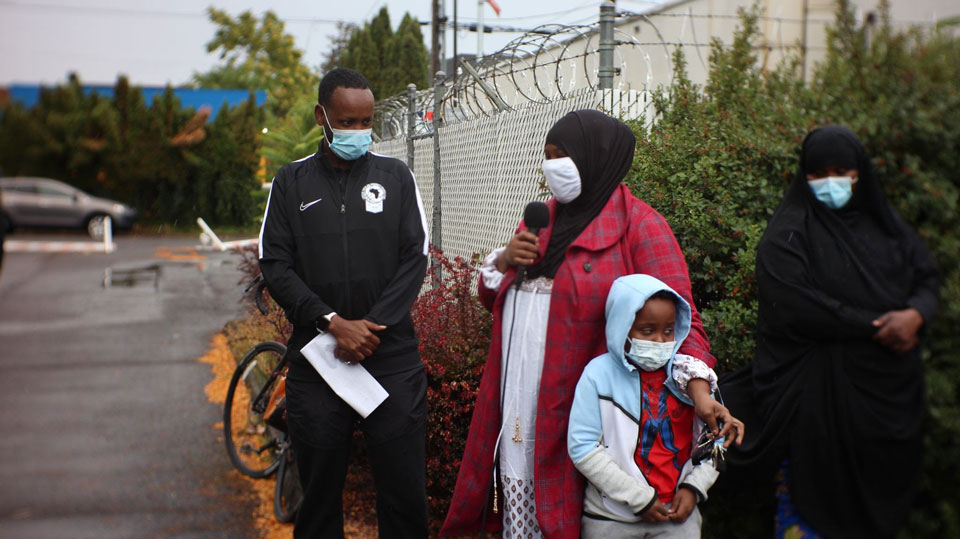 AYCO provides wraparound services that begin with student support, Dar explained. In the past year, the organization has served more than 1,800 households with rental assistance, has aided in 582 unemployment cases, and has accessed support funding and provided food delivery and other services for 240 Covid-related home isolations.

“There are 4,400 students who are served virtually and in the office, including leadership training, mentorship, environmental training,” Dar said. “Most of these kids are supporting their families and delivering food, they’re educating their parents who may not speak the language about COVID. These kids are volunteering as well, even though they’re learning themselves.

"Over 250 community members have been vaccinated in our parking lot.”

Both AYCO and the selected proposals included community centers. In the AYCO proposal, El Programa Hispano Católico would have served alongside the organization as a culturally specific resident services provider, with Community Vision the development's disability partner.

Dar emphasized that his nonprofit has worked successfully with both Catholic Charities and IIRCO in the past.

“We want to know why the other proposal was chosen, even though we have more legitimate reasons for building the Dream Center, we’re still building more units of housing -- what was the priority for the city? What drove the decision?”

“AYCO has been an invaluable partner to the City and PHB in distributing rent assistance throughout the pandemic—particularly in our efforts to reach and engage with immigrant communities, people of color, and households with limited English proficiency,” PHB public information manager Martha Coolidge told The Skanner in an email. “We look forward to ways we may collaborate with AYCO in the future.”

“In the U.S., there’s a lot of individualism, but our community is community-based,” he said, describing the intergenerational nature of most Somali households. “If the kid is messing up, all the neighbors are going to come and talk to the kid, like ‘You’re dropping the ball.’”

In the meantime, Dar hopes to get a clearer explanation of why AYCO’s proposal was not approved.

“The city of Portland speaks the language of displacement.

"They speak the language of setting up a very negative model when it comes to serving that very underserved population.”