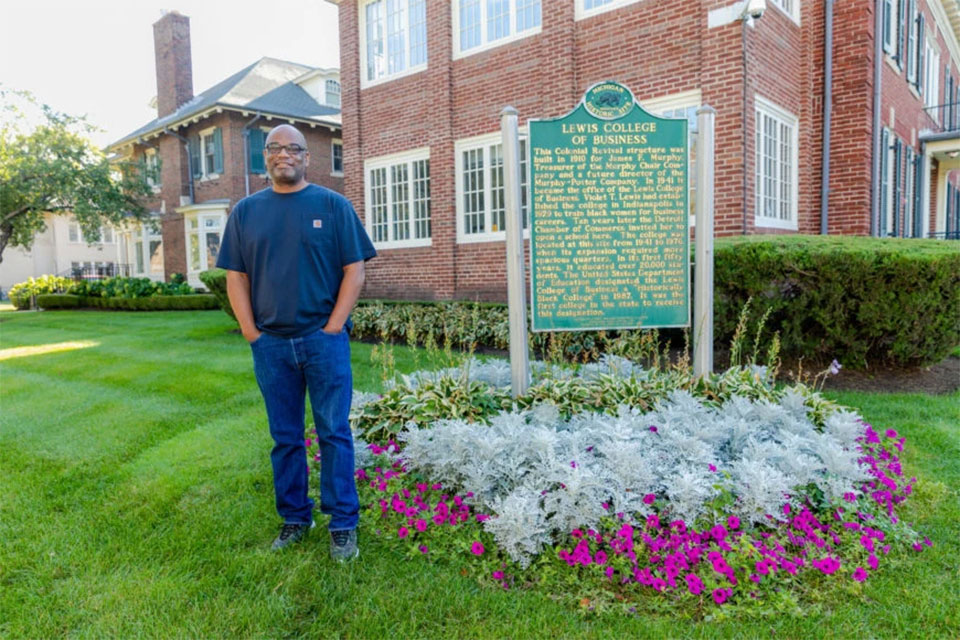 Years ago, Dr. D'Wayne Edwards, a Portland-based designer, would have never thought it possible that he would have his own design company or reopen Michigan's only Historically Black College or University (HBCU). Now he's on his way to accomplishing both after announcing his plans to reopen the Lewis College of Business, the defunct HBCU in Detroit.

In an emotional speech Tuesday, the founder of PENSOLE Design Academy said he'd been told at 17 that a young Black man wouldn't make it as a footwear designer. However, his mother's love and motivation kept him pushing towards his goals.

"Believe in tomorrow and what it will bring. Let a hopeful heart carry you through, for all things will be possible if you trust and believe that there are no limits to what you can do," he tearfully recited from a card his mother gave him more than 30 years ago. "Today is one of those days…that once I found out what was possible, I didn't let anyone stop me from making it happen…I am honored to announce that PENSOLE, in partnership with the Lewis Family…will come together to create PENSOLE Lewis College of Business and Design."

The Lewis College of Business was founded in 1928 in Indianapolis by Dr. Violet Lewis. After graduating from Wilberforce University she began her career working at Selma University before becoming a bookkeeper for the Madam C. J. Walker Manufacturing Company. Lewis noticed a lack of Black women in the workforce and vowed to teach Black women the secretarial skills she knew. After securing a $50 loan from a local bank and renting a location her mission was accomplished. Due to the schools popularity, she relocated the school to Detroit where it was open until 2013.

Edwards and his supporters have drafted legislation to receive state authorization for PENSOLE Lewis College of Business and Design to be recognized as Michigan's only HBCU. Once approved, they will be the first HBCU in the country to reopen. In his speech, he thanked Lewis's family for allowing him to build on their family's legacy. Edwards hopes to give Dr. Lewis the recognition she deserves for her contributions to her community and higher education.

"I just want to share a little bit about Dr. Lewis," Edwards said in his speech. "[Violet T. Lewis] originally founded Lewis College of Business in 1928 in Indianapolis, and she did so well the city of Detroit asked her to come here. So she came here in '39 and founded the Lewis College of Business, and its building's right behind me, where in 1987 she received her HBCU designation. And that was because of just the amazing work that her, her children, her grandchildren, they all did for the city of Detroit. They supplied GM and Ford and Michigan Bell ... with their first Black office employees."

A relative of Lewis', Dr. Violet Ponder, said this is a positive evolution of her ancestor's original dream, "She initially formed the college to get people jobs, and now it's just being taken to another level." 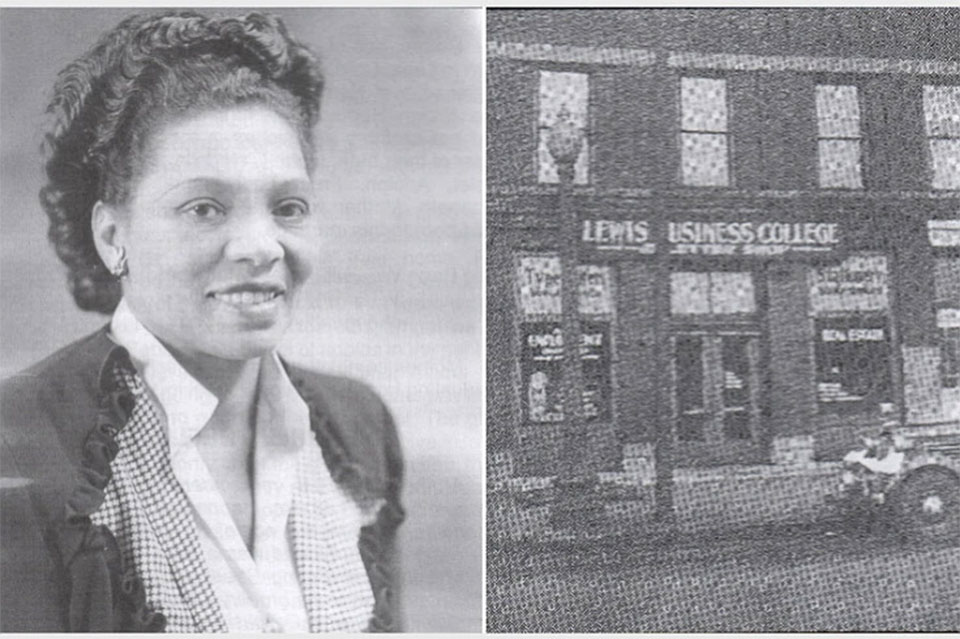 According to a press release, the school will be a collaboration between PENSOLE and the College of Creative Studies, CSS, and will be the only HBCU to focus solely on design. CCS president Don Tuski said Tuesday that CCS is helping Edwards secure the needed approvals while providing operational and legal support.

"The collaboration and partnership allow us to share overhead," Tuski said. "D'Wayne is teaching for us this fall, and he's using space this winter to teach some PENSOLE workshops. So, it's a pretty close collaboration. Because it's higher ed, there's a lot of details that haven't been worked out. But being a founding member, that we're accredited, it allows us to provide opportunities for students to come through PENSOLE and get credit (from CCS)."

Edwards said in a statement that he is "100% sure that CCS has graduated the most black footwear designers in our industry of any school."

In a press release, the mayor of Detroit, Mike Duggan, said that he was excited for the program to open due to the positive impact he believes it will have on the community.

"As a predominantly Black city, Detroit should have an operating Historically Black College. Not having one has been a hole in our educational landscape for too long," Duggan said. "To have the first HBCU anywhere to reopen [be] in Detroit would be a tremendous demonstration of how our city is coming back as a city of opportunity for people of color."

Financial supporters of the college are Target as a part of its Racial Equity Action and Change strategy and Dan and Jennifer Gilbert through The Gilbert Family Foundation.

"We have a saying at the Rock family of companies - 'You'll see it when you believe it.' What you see today highlights the power of partnerships and what can be achieved when you truly believe in something," Gilbert said.

The former Nike and Air Jordan designer commended the school's backers saying, "Huge supporters in clearing the path to make sure that we're going in the right direction."

PLC will be located in CCS's A. Alfred Taubman Center for Design Education until it can find a permanent home in Detroit. Enrollment for PLC's program is expected to open in December. Although the school will not be a degree-granting institution, according to Edwards, the academy will provide free education by contracting with companies who pay for the training tailored to their needs. Students at PENSOLE in Detroit will select various certification programs, or they could "stack programs together" with CCS to get an associate's or bachelor's.

"So this is a man [Edwards] who has her determination, has her passion, and has that spirit. He embodies everything that she was."

This is amazing and we can't wait to see the excellence it produces!

This article was originally posted in BOTWC