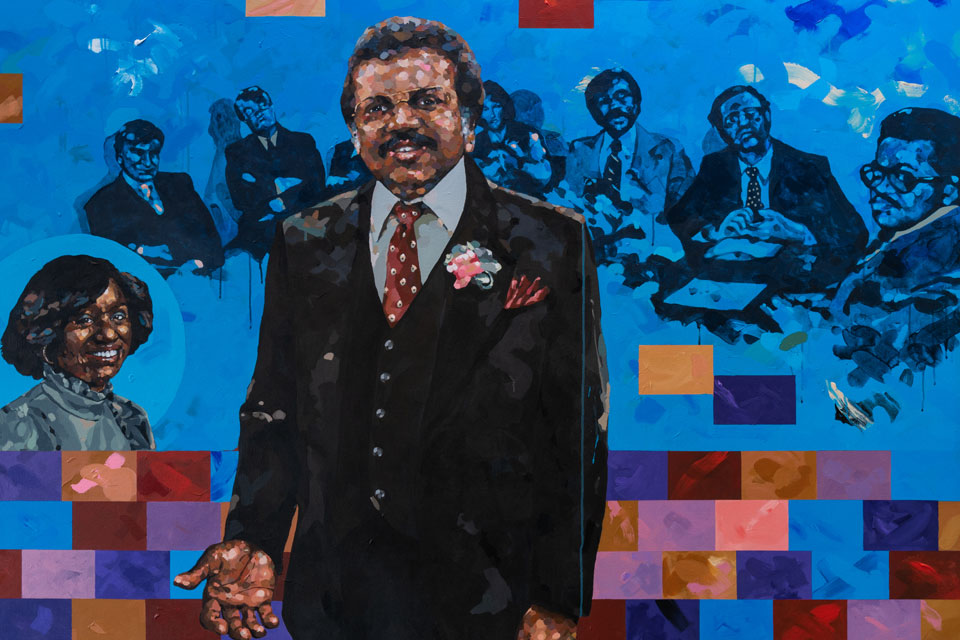 In its fifth year of celebrating contributions to a more equitable society, Cascadia Whole Health Care is recognizing a leader in community justice and a fine artist with the 2021 Culture of Caring awards. 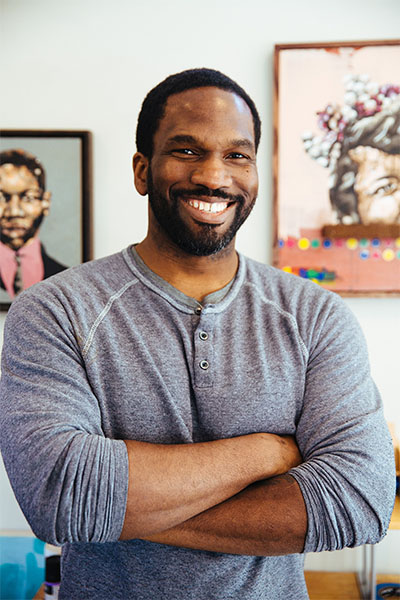 “The bodies of work that I do tend to come from something that I’m blind to myself, and want to know more about,” Davis told The Skanner.

Now in its fifth year, the Culture of Caring Award has also been given to the late Rev. Dr. T. Allen Bethel, jazz pianist Darrell Grant, and psychologists Joseph Matarazzo and Ruth Matarazzo, among others.

Jeremy Okai Davis melds his interest in photography and portrait with a background in graphic design to produce works that are often heavily inspired by vintage media. The more technical aspects of his career come out in the “pixelated” technique he uses to capture his subjects.

Initially frustrated by the “lo-res” quality of his own enhanced photos that he used as reference in painting, he came to embrace the aesthetic.

“At first, it was a distraction. Like, how am I going to blend skin tones?” Davis told The Skanner. “Instead of just kind of guessing, I just painted it all.

"I use all the same colors for everybody, it’s almost like a unifier.

"Like we’re all cut from the same material, is how I describe it.” 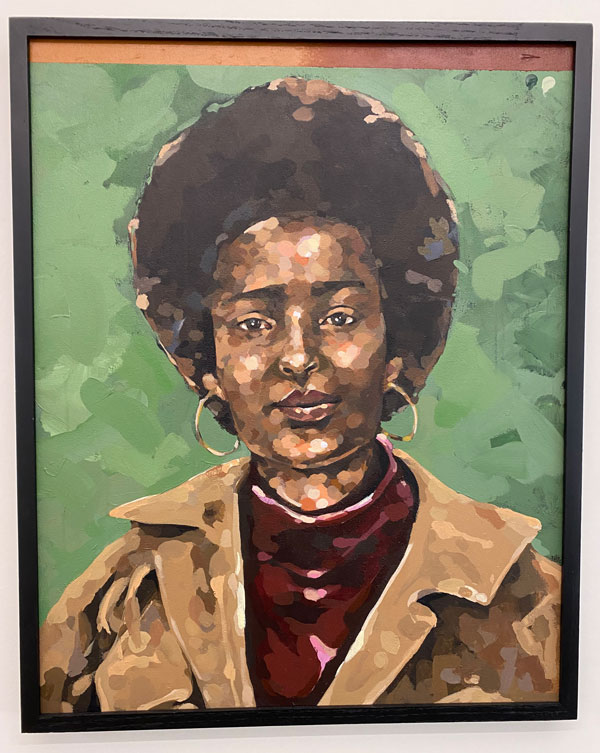 Davis's portrait of Black Panther member Sandra FordIn the last couple years, he’s drawn inspiration from “Shirley cards,” standard portrait images Kodak produced as reference to calibrate colors and shadow for the film development process. Until the 1970s, the subject was always a White woman who was often labeled “normal,” with other skin colors -- if they were included at all -- referred to as “other.” Davis explored the idea of working with visual media that had white skin and whiteness already programmed in as a default. The effect is his often vintage-style portraits of Black subjects in their own Shirley card-evoking layouts, much more vibrant and colorful than Kodak’s restrictive calibration would have allowed.

“I did these paintings that were about that, so a lot of the subject matter that circles around the subject and the piece kind of references those Shirley cards, or magazine publications from the fifties, more Black-centered publications like Jet and Ebony,” Davis said. “I try to include a little bit more content in the bodies of work that are about an idea versus a particular subject.”

For a more recent project, however, Davis stuck to the portrait approach.

In 2015 and 2016, Davis wrestled with the feverish press coverage of police killings of unarmed Black Americans. While he felt the attention was necessary, he also wanted to see more Black media presence that wasn’t overwhelmingly sad.

“I wanted to also spotlight achievements from Black people,” Davis said. “So I started doing these paintings around then that kind of highlighted these different artists, poets, people that I knew and people that I just found out about through research that just really enhanced the work for me, and enhanced the experience for people viewing the work.”

He was drawn to the lesser-known histories in particular, like civil rights and women's rights activist Pauli Murray and singer and early screen star Nellie Hill.

“The idea of making work that calls people to do their own research, find out something new and dig in, just became really interesting to me,” Davis said. “It just continues the process of seeing the piece in the museum, then you want to go home and find out more, to expand upon -- it being an art piece, it being a learning experience at the same time.” 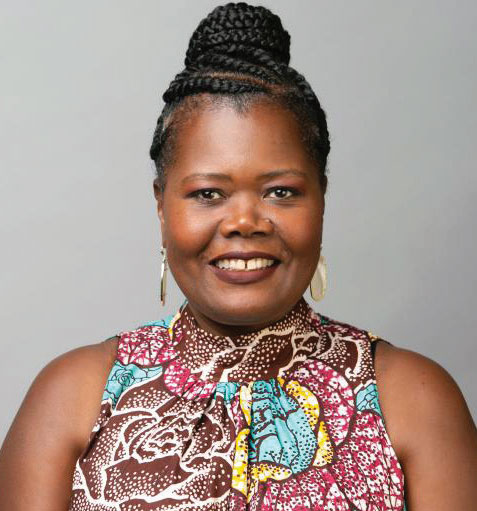 Erika PreuittPreuitt started as a probation and parole officer nearly three decades ago with Multnomah County’s Department of Community Justice Gang Unit, later becoming the director of the department’s Adult Services division. In 2017 she became the first African American woman to act as president of the American Probation and Parole Association, which serves 45,000 community corrections professionals nationally. She was named Director of Multnomah County's Department of Community Justice in 2019.

Her approach is grounded in the belief that people have the capacity to change.

“I look at it from the perspective that we are about public safety, but our public safety impact really is a long-term impact,” Preuitt told The Skanner in 2019. “Because when we help a person change their life, and help them to restore their family, we help our communities grow stronger. So it’s really a multiplying effect.”

Preuitt has witnessed an evolution in evidence-based practices for rehabilitating those that had been incarcerated.

She recalled being given training in de-escalation and a caseload of 100, was taught about monitoring and compliance, but received no coaching or tools about engaging with the individuals she'd sit across from.

Now, Preuitt says, their approach to case management is trauma-informed. This has led to an easier system of evaluation, and greater job satisfaction among parole and probation officers.

“I care about this work, and when I think about the culture of caring, that’s what drives me,” Preuitt said of receiving the award.

Cascadia’s virtual Culture of Caring Gala will be October 14 at 6 p.m. For more information, visit http://cascadiabhc.org/gala2021.