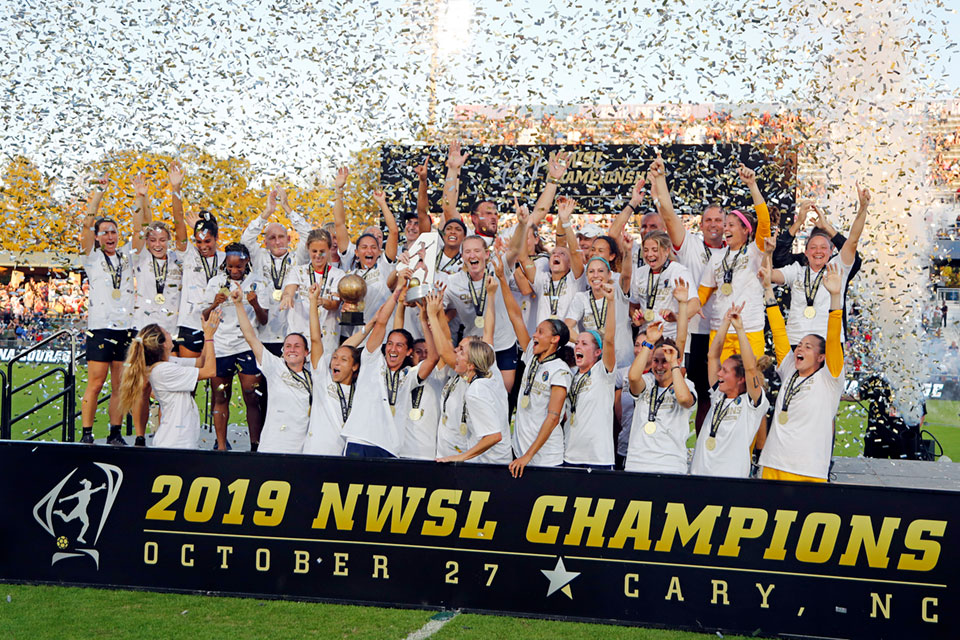 PORTLAND, Ore. (AP) — Following the resignation of the National Women's Soccer League commissioner amid a sexual harassment and misconduct scandal involving a longtime coach, a three-woman executive committee has been formed to oversee league operations.

The NWSL also launched an independent investigation Sunday into its handling of abuse claims. The league was rocked this week when two former players came forward with allegations of harassment, including sexual coercion, against North Carolina Courage coach Raul Riley.

Riley was immediately fired by the Courage, and both FIFA and U.S. Soccer opened investigations into why he was able to continue coaching even after the players brought their concerns to the league.

The NWSL called off its games this weekend and Baird stepped down Friday night.

In addition to the NWSL's announcement, U.S. Soccer said it had retained former U.S. Attorney and Deputy Attorney General Sally Yates to lead its investigation into abusive behavior and sexual misconduct in women's professional soccer. Yates now works in the private practice.

“U.S. Soccer takes seriously its responsibility to vigorously investigate the abhorrent conduct reported, gain a full and frank understanding of the factors that allowed it to happen and take meaningful steps to prevent this from happening in the future,” the federation said in a statement.

The league's board of governors appointed an executive committee made up of Amanda Duffy, Angie Long and Sophie Sauvage to oversee the front office until a new commissioner is named.

“On behalf of the entire league, we are heartbroken for what far too many players have had to endure in order to simply play the game they love, and we are so incredibly sorry,” the three said in a joint statement Sunday. “We understand that we must undertake a significant systemic and cultural transformation to address the issues required to become the type of league that NWSL players and their fans deserve and regain the trust of both."

The league retained an outside firm to investigate allegations and report to the executive committee. The investigation includes the claims against Riley as well as all other historical complaints of discrimination, harassment or abuse.

The NWSL, in its ninth year, also said it was conducting an independent review of practices and policies among its teams. Additionally, comprehensive policies and procedures would be adopted to ensure “a systematic, transparent, and effective execution of any harassment or workplace conduct issues.”

A secure and anonymous reporting platform was set up so that players and staff can report misconduct.

While the NWSL games this weekend were called off, in Portland supporters set off smoke bombs in the 25th minute of the Major League Soccer match between the Portland Timbers and Inter Miami. A large sign was displayed that read: Believe, support and protect NWSL players."

Supporters were also scheduled to rally on Sunday night in Seattle outside Lumen Field, where the Sounders were set to play the Colorado Rapids.

The alleged harassment of Farrelly started in 2011 when she was a player with the Philadelphia Independence of the now-defunct Women’s Professional Soccer league.

She told the website that harassment continued when she was with the Portland Thorns. Shim, a former Thorns player, also allegedly experienced harassment. The Thorns said Thursday that the team investigated claims about Riley and passed those on to the league when he was dismissed.

Riley told The Athletic the allegations were “completely untrue.” 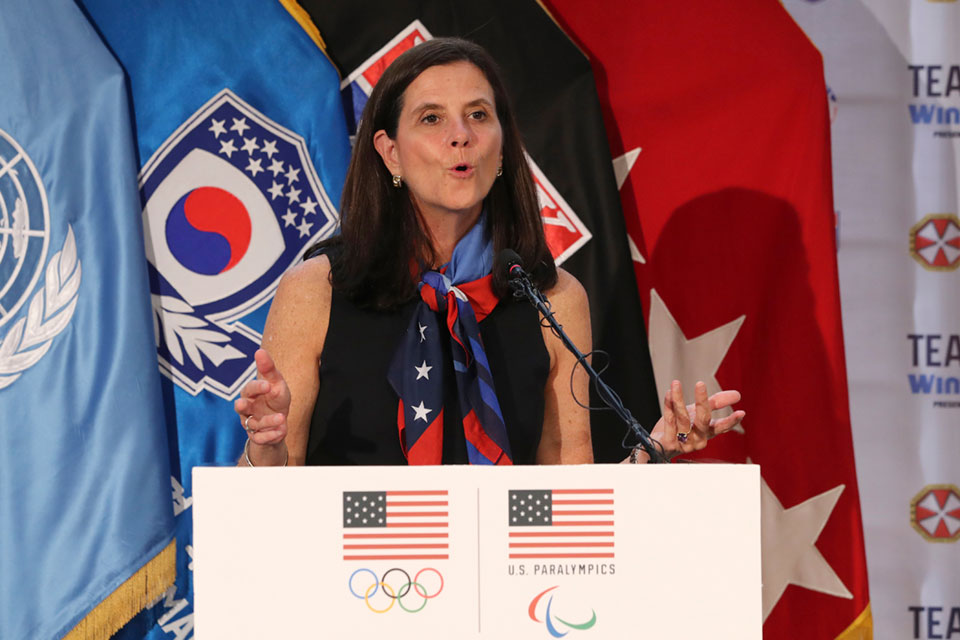 FILE - In this Aug. 1, 2017, file photo, then-U.S. Olympic Committee chief marketing officer Lisa Baird speaks about the Team USA WinterFest for the upcoming 2018 Pyeongchang Winter Olympic Games, at Yongsan Garrison, a U.S. military base in Seoul, South Korea. National Women's Soccer League Commissioner Lisa Baird is out after some 19 months on the job amid allegations that a former coach engaged in sexual harassment and misconduct toward players, a person with knowledge of the situation told The Associated Press. The person spoke to the AP on the condition of anonymity because the move Friday, Oct. 1, 2021 had not been made public.(AP Photo/Lee Jin-man, File)

Baird became commissioner of the NWSL in February, 2020, after serving as chief marketing officer of the United States Olympic Committee. She was praised for bringing new sponsors to the NWSL and increasing the league’s visibility on the national stage, as well as guiding the organization through the coronavirus pandemic.