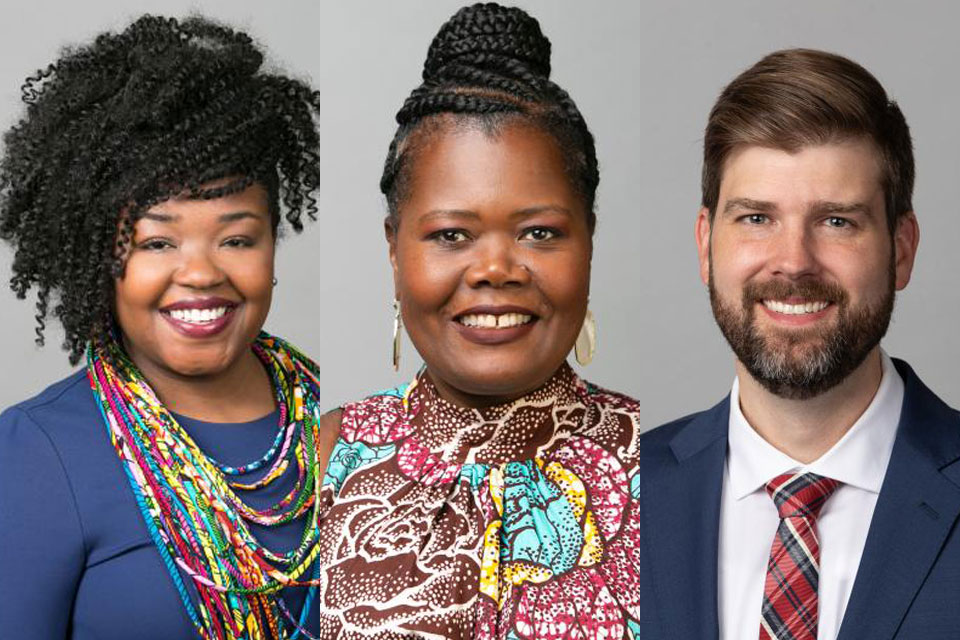 Schmidt stood beside Department of Community Justice Director Erika Preuitt and Multnomah County Health Department Director Ebony Clarke as he explained how an increased budget would allow his office to prosecute gun-related charges more efficiently, as well as remove more illegally possessed firearms from the streets, and expand community partnerships that address gun violence as a public health threat.

“If you take the definition of public health, technically it’s the science of preventing disease, prolonging life and improving the quality of life through coordinated efforts and strategies that impact a community, individuals, society, systems,” Clarke told The Skanner. “So that’s why we say we bring a public health lens to community violence prevention.”

Going to the Roots

Each month this year, Portland has seen much higher incidents of shootings than for the same period in 2020 and 2019, according to data supplied by PPB. But Portland is not alone in this trend: On Monday, the FBI reported violent crime increased by nearly 6% last year, with homicides up 29% nationwide. Firearms led to 76% of homicides during that same period, according to the bureau.

“When we compared the data from 2019 to 2020 to 2021, we’ve seen over the first eight months of 2021 an over 450% increase in cases that we’re prosecuting related to gun violence,” Schmidt told The Skanner. “We’re doing that with the exact same resources as in 2019. The attorneys in this office have been rising to the moment, to the occasion, and doing the work, but we really just needed help to balance out some of their caseloads.”

Another $2.8 million has been pledged to support a behavioral health response team and other public health programs.

“We need to get people who are willing to shoot members of the community off of the streets, but that doesn't mean we’re going to slide back to the old ‘lock them up and throw away the key,’ 1990s essentially failed experiment of criminal justice,” Schmidt said.

“We need to be looking at, why are people making these decisions?

"And then how do we get at solutions that are actually going to center public safety by trying to figure out how we’re going to do things differently?”

Clarke was in agreement.

“Oftentimes when we think about strategies around addressing gun violence and community violence, we only hear strategies or models that are being put in place from an intervention or suppression standpoint,” she said.

“From my perspective, what’s missing is the human side of that.

"So how do we recognize the trauma, and then how do we bring services and supports?”

Clarke explained that public health services operate through an anti-poverty lens that recognizes that vulnerable populations in the community are often focused entirely on survival, navigating food and housing insecurity.

“It gets back to how do we think about some of the root causes that tend to increase crime and violence? We try to work to create opportunities for education, employment, housing -- that’s why we’re very appreciative to the chair and board of county commissioners for the budget they brought forward.”

Preuitt has seen how the balance of community justice and social services can benefit justice-involved Portlanders, especially youth.

“From a community justice perspective, we really work to ensure that our caseload sizes, the number of youth that our juvenile court counselors have to work with, the number of adults that our probation and parole officers has to work with, are at the appropriate level for them to be able to engage in the training and the case management practices that we know are proven to work,” Preuitt told The Skanner.

Preuitt explained that her department has used funding from the American Rescue Plan to benefit crime victims as well.

“We’ve used some of the funding we’ve received through the American Rescue Plan to build more capacity within our victim and survivor services unit, so we were able to add capacity to get notifications to victims,” she said. “When someone on our caseload is going to a court hearing, for instance, if they have a probation violation, we make sure we notify those victims that want to be contacted.

The funding has also allowed stronger partnerships with Portland Opportunities Industrialization Center and the Latino Network, and to expand wraparound services in the Black community.

“We’ve used ARP funding to build out our Habilitation, Empowerment, Accountability Therapy program, called HEAT, which is designed for young African American men, as well as a HEAT for women called HER, and we’re also using those dollars to build out more HEAT for our youth.

So as we focus on victims and making sure we have the services and the supports for our victims, we’re also investing in community capacity to help us to help people to change their behaviors so they can restore their families. So that we can build stronger and safer communities where the people on our caseloads can thrive.”

Schmidt emphasized the new initiative is not a single program, but a network approach to what he has called a "once-in-a-career surge in violent crime."

And it will start, he says, by asking public and behavioral health experts to weigh in on the work of law enforcement.

“We’re inviting health officials from OHSU, Multnomah County Health, and other health agencies to come in, and we’re going to make presentations to them about what it looks like from start to finish for our deputies to handle a gun violence case,” Schmidt said. “My hope is that after we have several sessions where these health officials and experts can really listen to what our day-to-day work is like, they can give us recommendations on how we can incorporate a more behavioral health approach to the work that we do.”