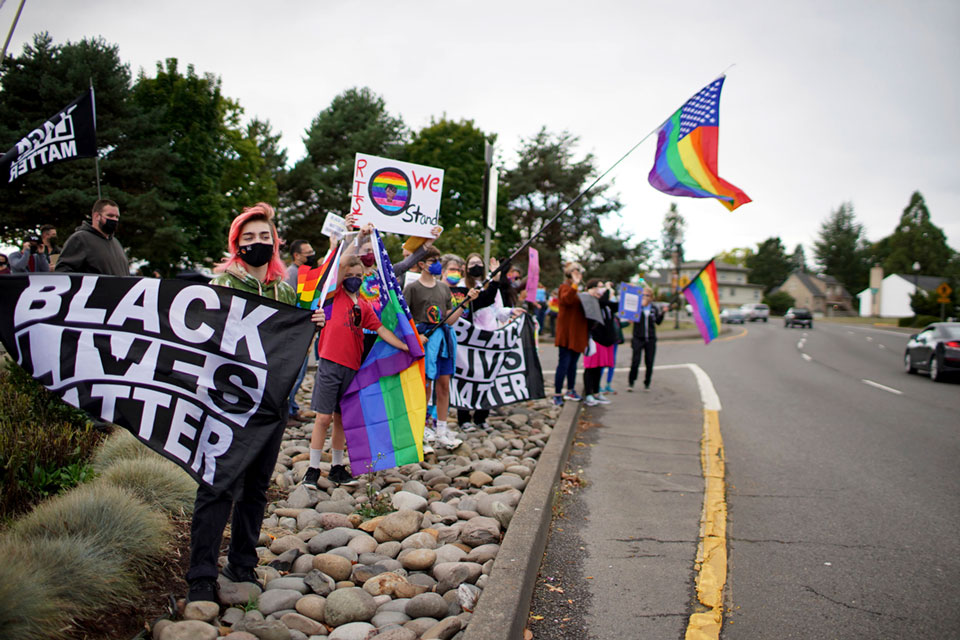 NEWBERG, Ore (AP) — An Oregon school board that acted last month to ban educators from displaying Black Lives Matter and gay pride symbols has broadened the policy to prohibit district employees from displaying all types of political symbols.

The move by the Newberg School Board last month to keep staff from displaying BLM or gay pride flags prompted strong criticism and threats to boycott the town of about 25,000 people southwest of Portland and its businesses.

Oregon Public Broadcasting reported the board rescinded that rule Tuesday night and enacted a more sweeping policy banning any kind of political symbols, including those that support BLM or LGBTQ issues.

“We need to get moving back towards education,” said Board Chair Dave Brown, who joined the majority in the 4-3 vote approving the new policy.

“We’ve been derailed for quite a while.”

The board's initial move last month generated a backlash from Newberg city councilors and members of color of the Oregon Legislature. The Oregon State Board of Education called on the school board to reverse course, saying student identities should be welcomed and affirmed.

Newberg School Board Vice Chair Brian Shannon said after Tuesday’s vote that it was time to move on.

“This policy is so innocuous. It just says that teachers can’t display political symbols at work while they’re on school time,' Shannon said. “I don’t want to spend five, six more minutes on this issue, let alone six more weeks.” 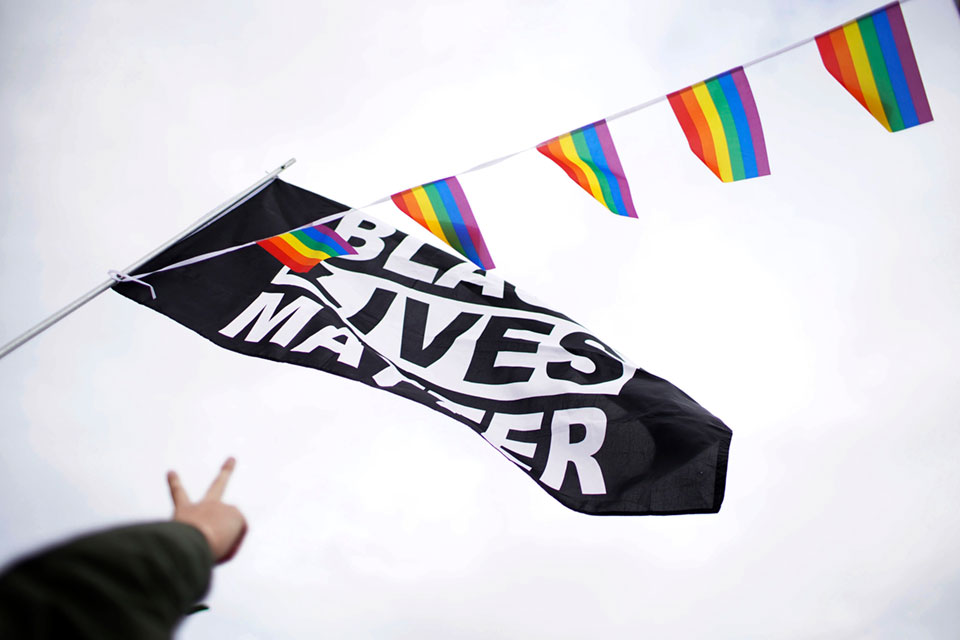 Flags are displayed as the Newberg Education Association gathers with community members ahead of the Newberg School Board vote on whether to ban Black Lives Matter and Pride flags at the school, Tuesday, Sept. 28, 2021, in Newberg, Ore. (Beth Nakamura/The Oregonian via AP)

School Board Director Brandy Penner, who voted against the new, broader policy, said Shannon’s statements were a “ridiculous attempt at pretending this is nothing.”

Newberg Superintendent Joe Morelock said the policy could be difficult to enforce.

“I think the difficulty is that we’re going to have different people in different buildings, different leaders who will be taking these complaints, and I think one of the biggest challenges is for us to have consistency across all the buildings about what’s OK and what’s not OK,” Morelock said.