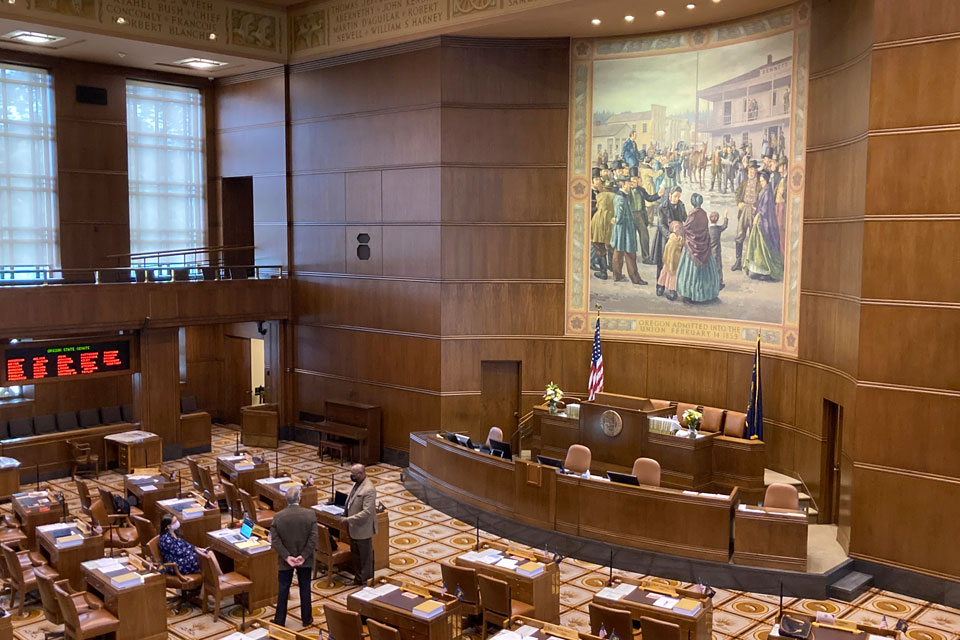 The congressional map, which House Republicans described as gerrymandered and boycotted on Saturday by staging a walkout, passed in the House and Senate on party-line votes. Democrats hold majorities in both legislative chambers. 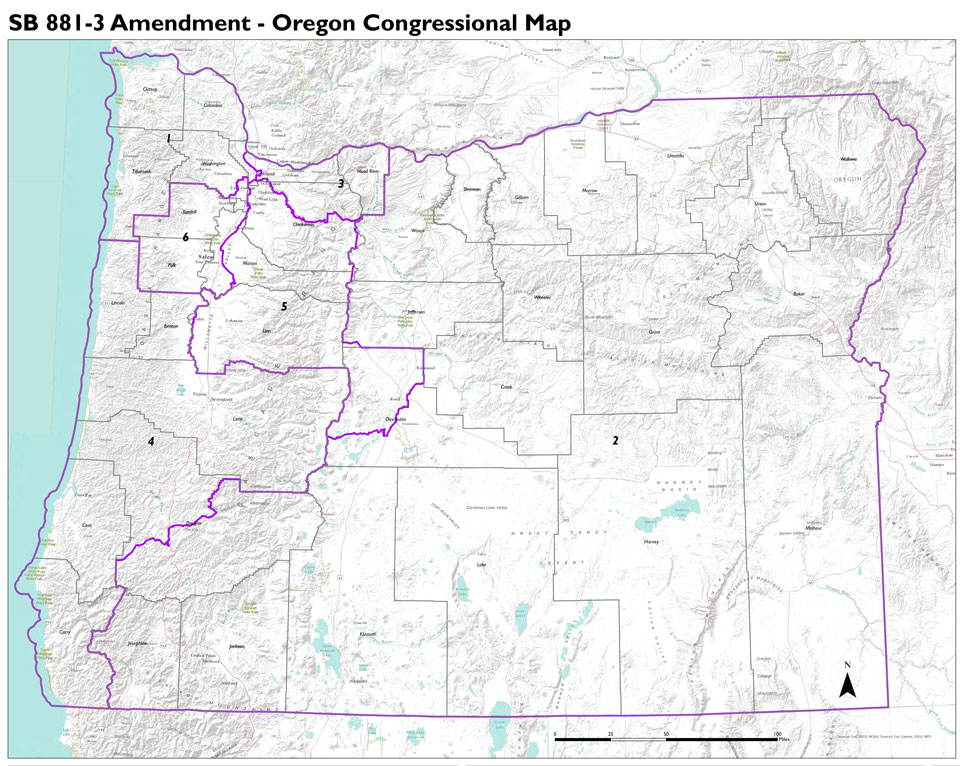 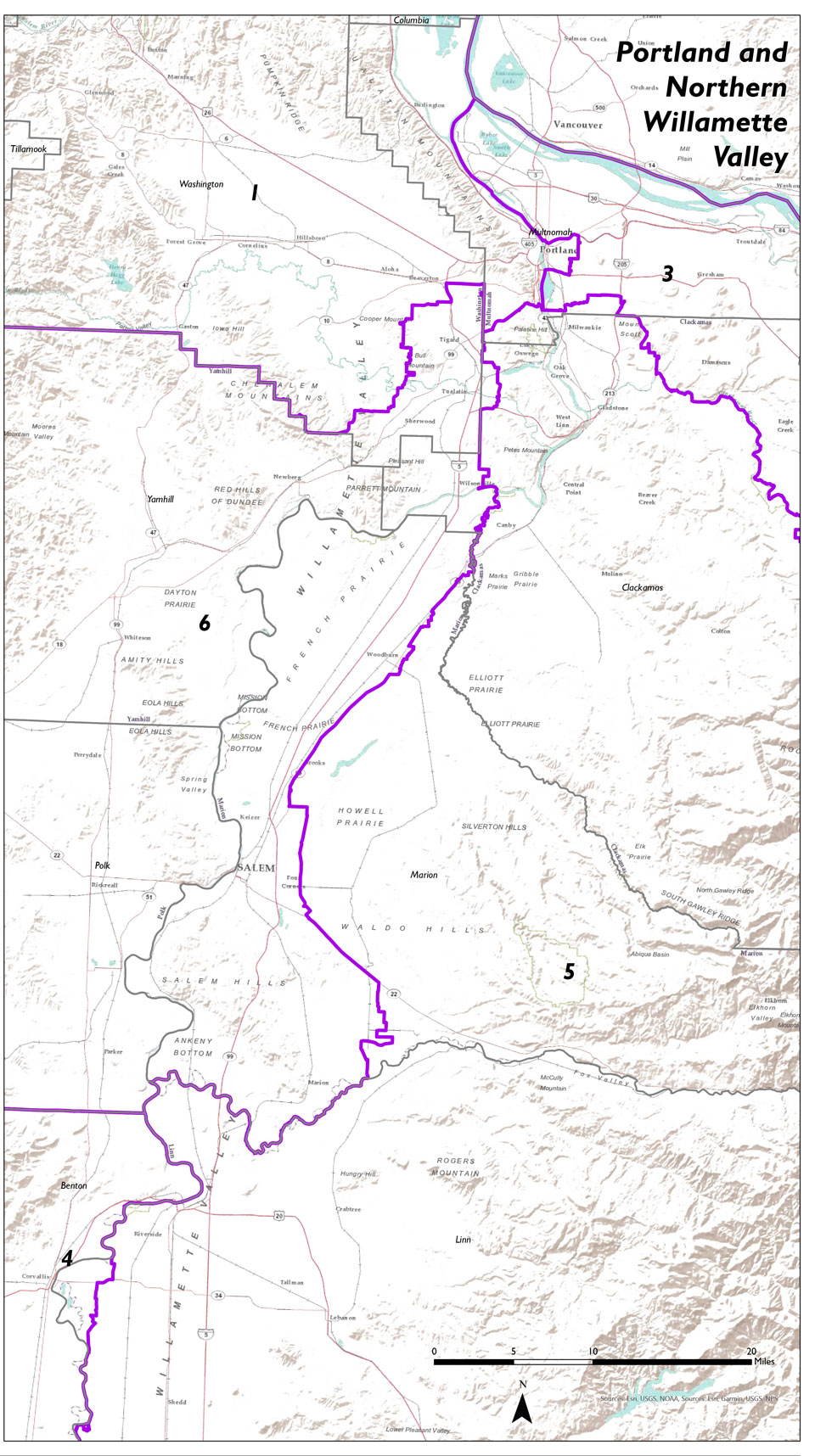 Click to view full redistricting maps on Oregon State Legislature website.“These district lines are not about fairness and representing our communities," Rep. Jami Cate, a Republican, said Monday. "They are about unilaterally benefiting the Democrat party at the cost of silencing the voices of Oregonians.”

Monday was the deadline for the Legislature to pass the new U.S. House districts and 90 state legislative districts.

The new congressional map includes four U.S. House seats that either are safe Democratic or lean in the party’s favor, one reliably red seat and one seat that could be a toss-up. Republicans believe the proposed boundaries will likely result in the Democrats obtaining five of the U.S. House seats to the GOP’s one.

One seat that could be in play is held by moderate Democratic U.S. Rep Kurt Schrader, who has served as the the U.S. Representative for Oregon’s 5th congressional district southwest of Portland since 2009.

That new congressional map puts the newest district south of Portland and mostly east of Interstate 5, same as in a previous plan. But it makes several changes to previously proposed borders of the other congressional districts, including keeping Portland and Bend in separate districts instead of combining.

“The rural-urban divide in our state is real, it is evident in these maps,” Rep. Anna Scharf, a Republican said.

“These maps do nothing but move the needle further towards eliminating the rural voices in our state.”

Rep. Andrea Salinas, a Democrat and chair of the House congressional redistricting committee, said the amended map is a result of public input and collaboration and “representative of the immense” population increase that the state has seen over the last decade.

However Republicans throughout the redistricting process have accused Democrats of gerrymandering, the manipulation of electoral district boundaries to win an unfair political advantage.

“The idea that politicians should be able to draw their own maps and then expect the public to accept what we drew — with absolutely no self interest in mind, no partisan overtones and that we were completely and totally objective — is not realistic in today’s political climate," said Republican Rep. Suzanne Weber.

The contentious redistricting year has been marked by a broken power-sharing deal, the lingering possibility of a Republican walkout and a COVID-19 case that paused the House floor session ahead of a tight deadline.

Stakes were high for both the GOP and and Democrats for redistricting — a once-a-decade process that determines how voters pick state representatives, state senators and members of Congress for the next five election cycles.

While the Senate swiftly passed legislative and congressional maps — without Republican support — last week, the House came to a standstill due to an even split on the redistricting committee.

During the 2021 legislative session, House Democrats gave up a powerful advantage. In exchange for the Republicans agreeing to stop blocking bills with delay tactics, House Speaker Tina Kotek agreed to share redistricting power with the GOP — essentially granting veto power to the minority party over what the six congressional districts and the state’s 90 legislative districts will look like.

But last week, Kotek voided that power-sharing deal, saying she was “disappointed that after many months of work, House Republicans did not engage constructively despite many attempts to address their concerns.”

Walkout on Saturday, passed on Monday

With Democrats having the majority on the new congressional redistricting committee and in the Legislature, it paved the way for them to pass maps they choose. However, Republicans had one remaining tool to block maps — a walkout, denying the House quorum to vote.

“So, Madam Speaker, when the deal was broken to provide equal representation in congressional redistricting, I lost trust."

On Saturday Republicans in the Oregon House failed to show up for a floor session, upset Kotek earlier had rescinded the power-sharing deal and frustrated about the now-passed map.

Republicans returned Monday, the deadline to pass redistricting maps. Enough GOP lawmakers returned to the House floor to achieve a quorum required to vote. With the Republican reverse, the new congressional map passed through the Legislature. The bill must be signed by Gov. Kate Brown, a Democrat, by midnight.

In addition, 90 state legislative were passed by the Legislature on Monday. The legislative map likely enables Democrats to continue to hold majorities in the House and Senate, but will not guarantee the party the three-fifths supermajorities it currently holds.