Police Use New Ordinance to Crack Down on Street Racing 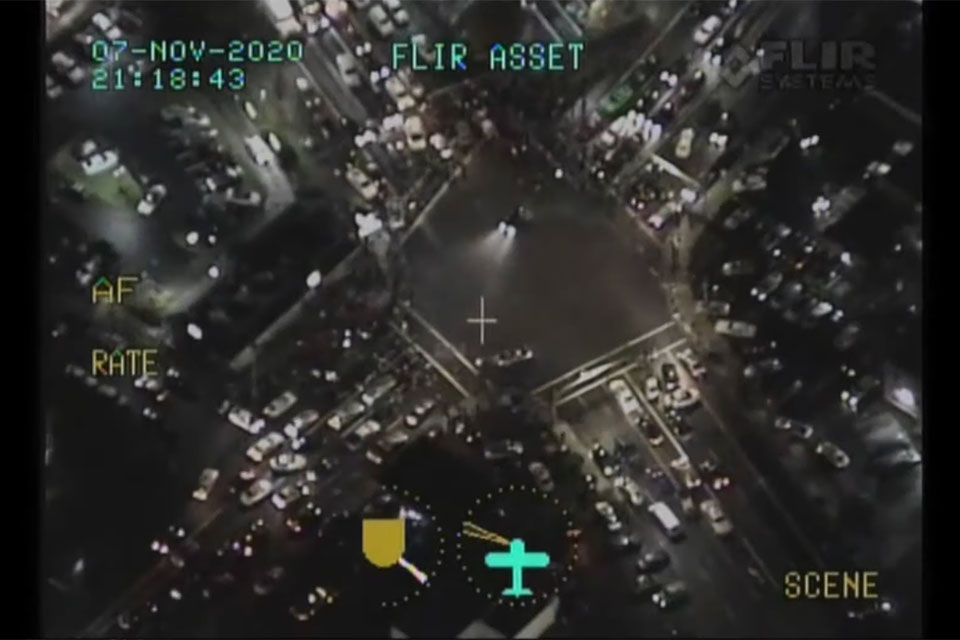 It’s the first time the city is enforcing the new city code, enacted via emergency ordinance 10 days ago, to make “street racing” or “sliding” misdemeanor offenses. The offenses have been labeled as “Unlawful Street Takeover” and “Unlawful Staging of a Street Takeover Event.”

Street and bridge takeovers have been an years-long issue in Portland.

In April, a motorcyclist died in a crash with a car on North Marine Drive. Investigators believe both drivers were involved in illegal speed racing. Authorities said approximately 350 people were in the area at the time.

The new ordinance provides the bureau with “additional enforcement tools,” creates educational offerings and public outreach to bring awareness to the dangers of street racing and imposes tougher penalties for those arrested and convicted for multiple violations. A citation for an unlawful street takeover can warrant a maximum penalty of 30 days in jail and a fine up to $500.

The mayor’s office drafted the ordinance after a coalition of prominent businesses in North Portland complained.