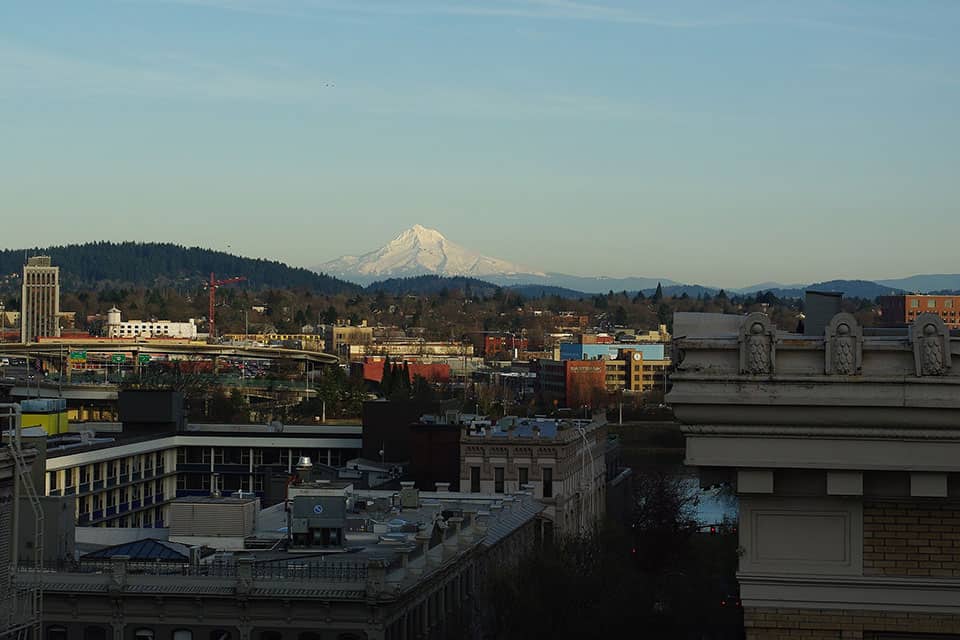 Specifically, Krista Bangsund and Laurel want help sending the message that these rules need to be immediately implemented, and then immediately improved upon.

“They’ve been drafting the rules for a year, and we’re worried that if we try right now to work on the rules covering more entities and equities, it will take too much time,” Bangsund told The Skanner. “So we think the right thing to do is to put these rules into effect right now, and then immediately start work to expand them.”

Krista and Laurel put together the environmental info website wecareaboutoregon.org in order to make both the proposal and the public commenting system more accessible. They are urging members of BIPOC communities in particular to weigh in on the proposed rules, and offer their pointes.

“We want them to have as much, if not more, influence than industry does,” Bangsund said.

“Because when these rules are being proposed, obviously the DEQ works with industry -- that’s important, we have to have rules that can actually be implemented. But we have to have even more concrete representation within the community climate investments committee aspect of this.”

Bangsund is referring to one of the rule set’s new goals to “prioritize equity by promoting benefits and alleviating burdens for environmental justice communities disproportionately burdened by the effects of climate change and air contamination.”

Studies show people of color have a higher risk of dying due to environmental impacts, including the fact that they comprise more than half the population residing near hazardous waste sites. This summer’s extreme heat wave introduced hyper-localized climate issues to more and more Portlanders, with phenomena like “heat islands” driving the temperature up significantly in areas of the city with less vegetation and more asphalt -- typically, lower-income areas.

“The equity part of it can be addressed right now by first making sure we even understand the impact of climate change on communities of color and low-income communities, and then figuring out how to include those communities in the next rule-making process, and actually see if we can improve things over time,” Bangsund said.

Krista and Laurel expressed concern about what they view as the proposed rules’ vagueness in how equity is being approached.

“What’s great is that the DEQ is focusing on equity,” Bangsund said. “That’s the right place to be focusing, because climate change massively, disparately affects low-income communities.

She said she also wants to see a strong representation of communities of color in what would be called the community climate investment program. Instead of a cap and trade system, emissions-producers would have the option to pay the social, rather than market, cost of excess carbon -- a much higher price.

Communities most impacted should benefit most

“What you’re actually paying toward is projects that can be created by nonprofits, and the community climate investments is the part of this program that selects those projects,” Bangsund said. “So the hope is that those projects will benefit the most impacted communities, but we think that a really clear way to make sure that that’s true is to make sure that the people who staff the community investments is actually from those communities, deciding on projects which would most benefit communities that are most on the forefront of climate change impact.”

The two also want to draw attention to what they view as weak points in how the DEQ is proposing its regulations.

“One of the biggest exceptions is that if a company is producing gas or energy in Oregon and transporting it out of Oregon, my understanding is that those entities are not being covered in the current rules,” Bangsund said. “The problem is the DEQ seems uncertain as to whether or not they can regulate those entities. This is one of those places where we think that it’s not worth fighting that before putting these initial rules into action, but we think there has to be a way for Oregon to regulate its producers, even if (product) is distributed elsewhere.”

A full list of the DEQ’s proposed rules can be found here.