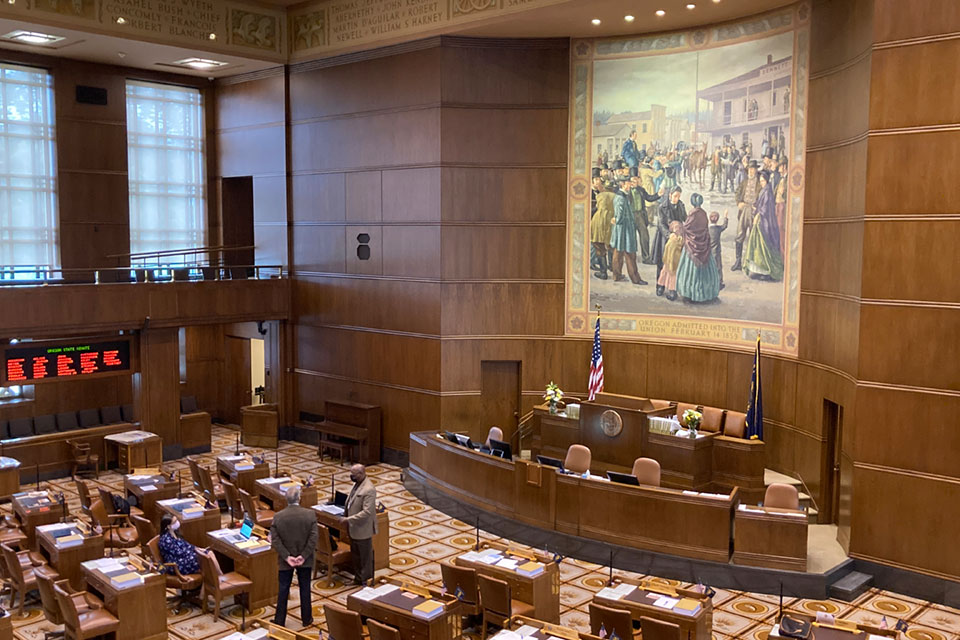 The Democratic speaker of the Oregon House on Monday rescinded a deal she made with Republicans to share power as lawmakers redraw political boundaries and add an additional U.S. House seat for the state.

The now defunct agreement made earlier this year had drawn national attention because Democrats, who have overwhelming majorities in the Legislature, had agreed to give up that redistricting advantage as they determine how voters will pick state representatives, state senators and members of Congress for the next five election cycles.

House Speaker Tina Kotek's about face means her Democratic Party will likely end up with five U.S. House seats to the GOP's one. Currently, Democrats control four of the five House seats in Oregon.

“What has just occurred is shameful and lacks integrity," Rep. David Brock Smith, a Republican, said on the House floor. “It shows the lack of ability to keep your word.”

Representative Shelly Boshart Davis, who is now the sole Republican on the three-person House congressional redistricting committee that is tasked with creating and voting on the new map — described Kotek's decision as “egregious."

“The maps that we are looking at are unfair, and the only way they are going through is by cheating,” Boshart said.

In a statement Kotek said she was “disappointed that after many months of work, House Republicans did not engage constructively despite many attempts to address their concerns” and lead to her decision to void the standing deal.

In April during the 2021 legislative session Kotek made the deal with Republicans that in exchange for the GOP to stop blocking bills with delaying tactics Kotek would evenly split the House Redistricting Committee — essentially granting veto power to the GOP.

The deal gave Republicans a weightier say over what the six congressional districts and the state’s 90 legislative districts will look like.

The Senate on Monday passed the Democrats' congressional redistricting bill by a vote of 18-11. The House will reconvene Tuesday morning.

It’s unclear whether Kotek’s maneuver will work. Republicans could react to the breach of the earlier deal by walking away from the Capitol to deny Democrats a quorum.

If maps are not passed by Sept. 27, the task will fall to Secretary of State Shemia Fagan, a progressive Democrat who few Republicans would want to see in charge of that process.

Lawmakers have succeeded in passing redistricting plans just twice since 1911.