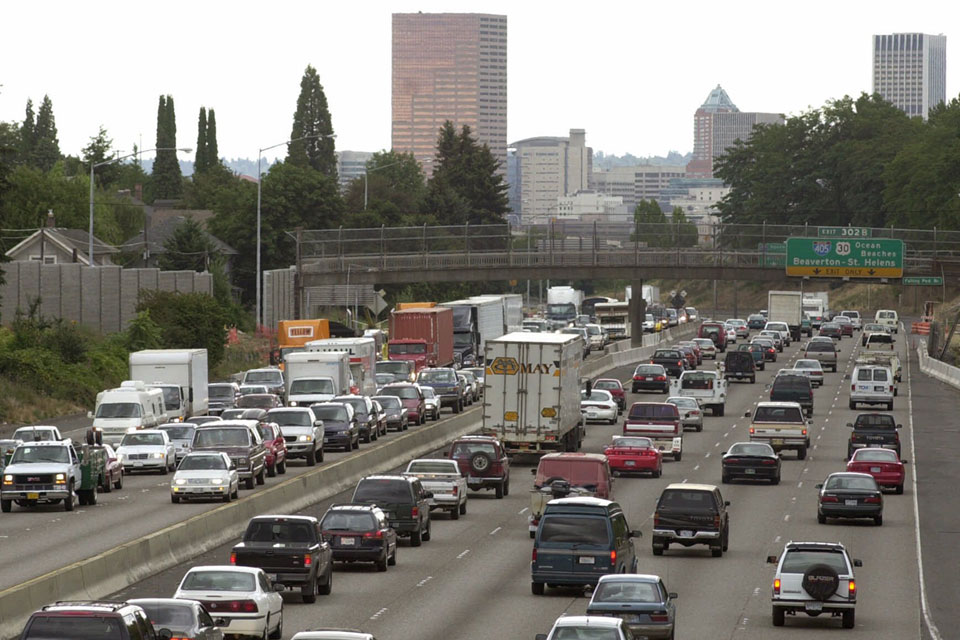 PORTLAND, Ore. (AP) — The Oregon Transportation Commission has granted conditional approval to a plan to expand Interstate 5 through Portland’s Rose Quarter as well as build a cap over the freeway to allow for the redevelopment of a Black community destroyed when the interstate was first built.

What the plan entails

That plan would essentially tunnel the freeway and provide economic opportunity for the region’s Black community in an effort to reclaim the Albina district. Supporters say the idea is to remediate historic harm caused by the freeway’s original construction and displacement of community members.

Approval of the hybrid 3 model is contingent upon ODOT providing a thorough analysis of the project’s cost structure and funding sources by December. It also requires ODOT and its contractors to update its diversity and subcontracting plans, and reevaluate the project’s initial environmental impact study.

The project’s cost has risen significantly from its initial price tag of between $715-795 million to upwards of $1.18 billion. The project could top $1.4 billion if a more robust cap over the freeway was pursued to allow heavier development.

Questions remain over where the state will find money to close the funding gap created by this iteration of the project.