Mayor Ted Wheeler: Keeping Police Away From Protest a Mistake 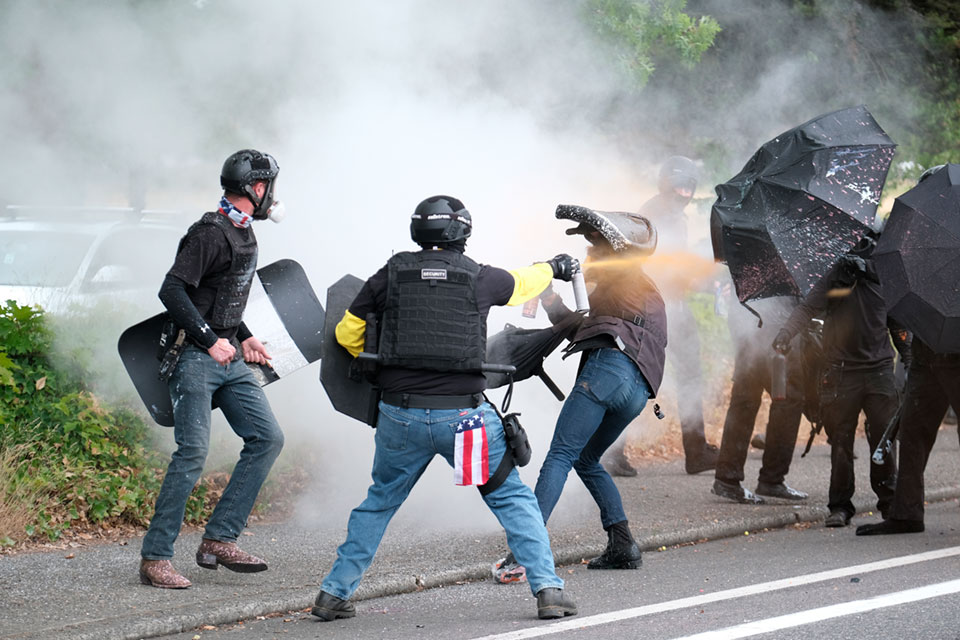 PORTLAND, Ore. (AP) — Nearly three weeks after armed far-right and far-left protesters violently clashed in the streets of a diverse neighborhood in Portland, Oregon, the city's mayor said Wednesday the lack of police intervention was “not the right strategy."

State lawmakers representing northeast Portland said they were confused and frustrated by the decision for police not to intervene, while residents said they felt “terrorized and abandoned” as they watched fireworks explode in busy streets and people — in helmets and gas masks and armed with baseball bats, paintball guns and chemical spray — confronting each other.

Noticeably missing from the scene were police. A spokesperson for the police bureau said officers were monitoring the fight from an airplane.

In the days leading up to the opposing protests — the latest in a saga of political conflict that has plagued the city for years — officials said people shouldn’t expect to see officers trying to intervene or keep the sides apart. Lovell said this decision was made based on the department's significant staffing shortage, “legal restrictions” when responding to protests and a history of officers’ presence increasing tensions.

Following the clash, Wheeler released a statement deeming the approach a success in mitigating the impact of the demonstrations — noting that the “community at large was not harmed” and that “property damage was minimal."

However, during a Portland City Council meeting on Wednesday, Wheeler, who oversees the police bureau, said he no longer believed the tactic was the correct one.

“It is clear based on the public outcry, on the media outcry, on the national front, that that strategy was not the right strategy. I think we can all acknowledge that,” he said. “I take full responsibility for it.”

Wheeler's comments came in advance of a vote for a $50,000 settlement related to a lawsuit stemming from a rally held by Patriot Prayer, a Vancouver-based right wing group, on Aug. 4, 2018. Oregon Public Broadcasting reports a demonstrator alleged she had been injured while counter-protesting after police hurled a flash-bang munition at her with no warning. The council unanimously approved the settlement Wednesday.

For years, the city has struggled to find a way to stop right-wing groups from flooding the city and clashing violently with leftist counter-demonstrators. A year ago, a caravan of Donald Trump supporters drove through the city and were met with counter protesters. Altercations broke out between the groups, and a right-wing protester was fatally shot.

“Portland is unique, in that we do seem to be ground zero for alt-right groups to come into our town because they know they’ll get a response. And they do,” Wheeler said Wednesday.

When it comes to protests that have the possibility of becoming violent, the city and police bureau are still “trying to find the right recipe” on how to respond, he said.

“The public doesn’t want an overwhelming police presence, nor do they want the appearance that the police are not going to get engaged," Wheeler said.