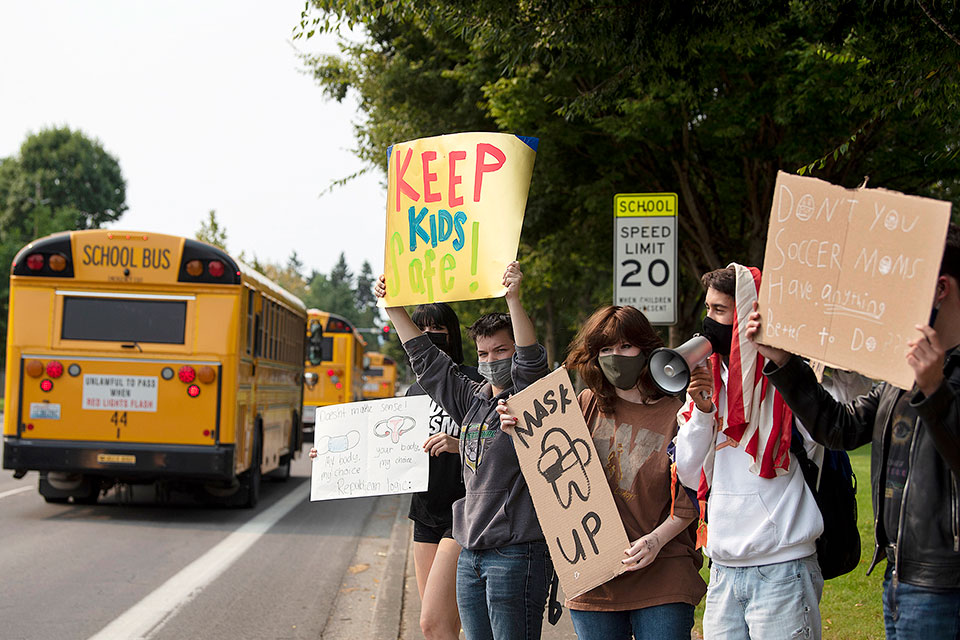 VANCOUVER, Wash. (AP) — A judge in southwest Washington state has granted an injunction prohibiting protests, rallies or other gatherings that “disrupt educational services” near public schools in the district. 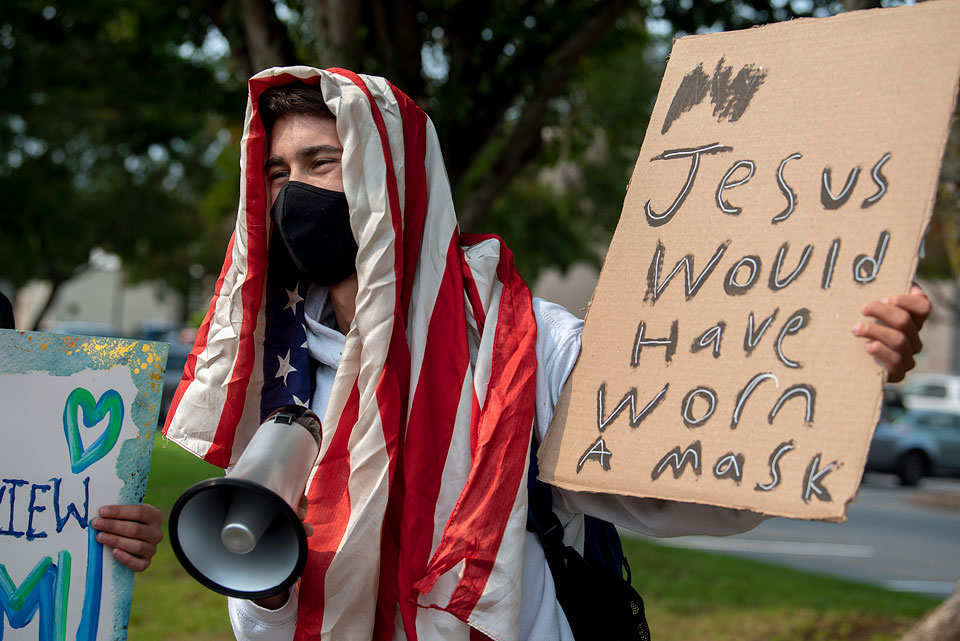 Skyview High School senior Dylan Walker, 18, shows his support for masks in school during a demonstration with classmates and other protesters in Vancouver, Wash., on Tuesday, Sept. 7, 2021. (Amanda Cowan/The Columbian via AP)“Our district understands and supports free speech and the right for people to be involved in peaceful protests,” Superintendent Jeff Snell said in a news release.

“However, our first priority is to ensure student and staff safety and an educational environment free of disruption.

"This responsibility prompted us to present our concerns to the court.”

Before the protest, Oregon Public Broadcasting reported members of Patriot Prayer, a far-right group based in Vancouver, and other far-right activists had incorrectly claimed in posts online that a student at the school who did not want to wear a mask would face arrest if they entered school grounds.

A video posted online showed a group of people outside the school chanting “U-S-A” and showed people wearing black and yellow clothing regularly worn by members of the Proud Boys, a far-right extremist group with ties to Patriot Prayer.

Snell said more protests were planned for this week.

Clark County Superior Court Judge Suzan Clark issued the injunction on Tuesday, which bars protests within 1 mile (1.6 kilometers) of Vancouver schools. It will remain in effect until a statewide mask mandate in schools, issued by Gov. Jay Inslee to slow the spread of the coronavirus, ends. 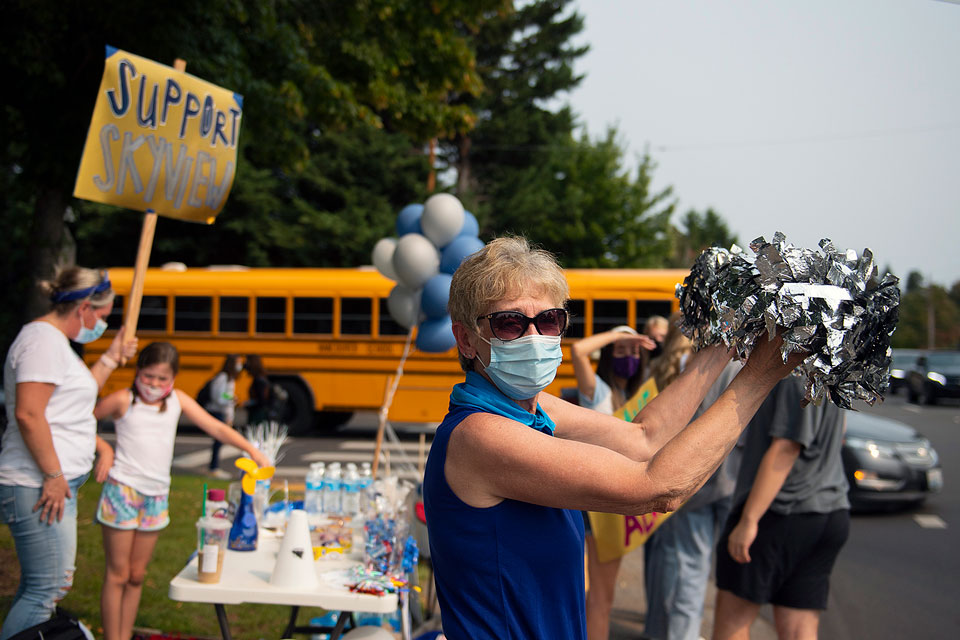 Mary Ball of Vancouver, Wash., joins students and mask supporters as students leave campus at Skyview High School on Tuesday, Sept. 7, 2021 in Vancouver, Wash.. A Clark County Superior Court judge granted an injunction Tuesday prohibiting protests, rallies or other demonstrations that “disrupt educational services” within one mile of Vancouver schools. (Amanda Cowan/The Columbian via AP)Counter-demonstrators, mostly students, held signs in support of the schools and masks on Tuesday and Wednesday, The Columbian reported. Some students described hearing the chanting of protesters from inside classrooms and being called names as they walked past protesters.

Snell told the newspaper the district has also increased the number of school resource officers at the high school.