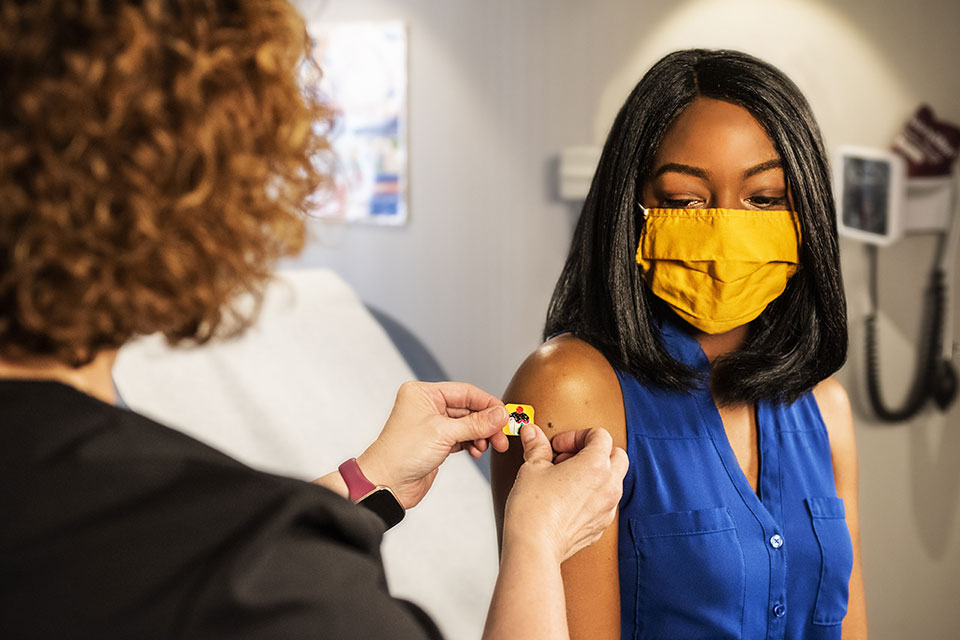 As a structural engineer, Clifford Chappell believes in science. As senior pastor of St. Johns All Nations Church of God in Christ in Portland, he believes getting vaccinated against Covid-19 is an act of love. 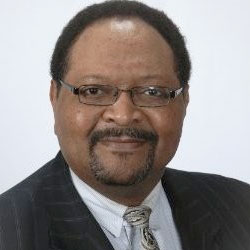 Clifford Chappell“I overload people with (information)” during services, Chappell told The Skanner. “I just make sure that they are educated. I’ll talk about the statistics, and basically let them know this is your decision, it is a personal thing, but I do encourage you to get vaccinated, because it’s not just about you. It is about the love you have for your family, your loved ones, about your neighbors, those who are in your sphere of influence. I see not getting vaccinated as a selfish move.”

Vaccine hesitancy is especially strong in the Black community, where “Tuskegee” is rarely far from the lips of anyone expressing distrust of a medical establishment still plagued by systemic racism and statistically poorer outcomes for Black patients. But over time -- and especially this summer -- Black physicians, health care workers, and faith leaders have banded together to lead by example and to close the information gap

“I come at it from a perspective of love,” Chappell said.

“As Christians, we are to express love, and we do that by getting vaccinated so that we don’t, number one, infect those around us, so that we are not putting our families or loved ones through emotional trauma if we were to get sick, or to create financial burden upon them. Or even if we die, that void that is left because now we’re gone and that didn’t have to happen. I try to express the full gamut of what it looks like by not being vaccinated if you were to end up getting infected.”

Oregon’s vaccination roll-out began with crowds flocking to the convention center or airport for appointment-only shots that were often in short supply. The burden was on individuals to find out when they were eligible and quickly register, giving anyone with fears about the vaccine ample opportunity to put off receiving it.

But now, pop-up clinics abound to meet reluctant recipients and the vaccine-curious, closer to home. Tents and nursing staff can be found in church parking lots and places as diverse as Erica Montgomery’s Erica’s Soul Food cart in Montavilla, the Boys and Girls Club, or across the street from the Lloyd Center, right next to the movie theater.

Chappell noted the need for access -- first, to correct information. He saw that many in his community seemed more frightened of the vaccine than the virus itself, and those tended to be people who felt informed by questionable sources.

“I call it the ‘backyard alley shade tree pharmacist,’” Chappell said of the phenomenon of valuing information from a friend or acquaintance over the advice of doctors. He himself spent a lot of time on Zoom calls with medical professionals before he decided the vaccine was right for him and his wife, and that it was safe to recommend. 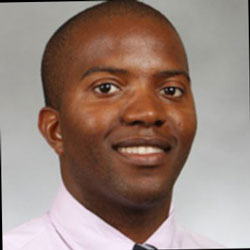 Dr. Bukhosi Dube“I held off for a while because I wanted to see other people who got it,” Chappell said, “and I talked with a number of people who had received their vaccine and what their response was, and I actually prayed about it. I did not sense any resistance, spiritually, to receiving the vaccine -- in fact I realized that as a pastor, I need to be protected, number one, as an African American with underlying conditions. At my age, I needed to be protected. Being out among people to do the work that I’m called to do, I needed to be sure that I had the best possible chance of surviving.”

So Chappell preached the value of the Covid-19 vaccine. A woman in his congregation who planned to schedule her first shot contracted the virus, survived it, and told her fellow church-goers it was the worst thing she’d ever experienced -- far worse than the flu. With his church, Chappell organized an event at the Embassy Suites hotel near the airport.

It was a health and wellness event with a room for Covid-19 testing, a room where people could receive their first Pfizer shot, and a room with physician Bukhosi Dube of the Oregon Health Authority -- a mainstay at many such community-based vaccination events. 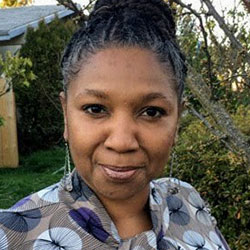 Rachelle Dixon“We had food and music to really make the atmosphere light,” Chappell said. “But the presentation that he gave -- he talked about the virus, he talked about the vaccine, he dealt with hesitancy -- but he opened up the room for a question and answer session, and that was very positive. We had about 100 people at the event that day. Some came planning to get vaccinated, some came thinking they were not going to get vaccinated, and in the process, they decided to.”

This is the approach Black community activist Rachelle Dixon would prefer to see. Long frustrated by what she sees as the government’s fumbled information campaign, Dixon was disgusted by a new program that awards $100 gift cards to those receiving their first dose, and $50 gift cards to those who receive their second. She saw it as “buying their bodies.”

Instead, she prefers the idea of stand-alone events that focus on vaccination and education.

“There you’re not paying people, you’re giving them an experience, to stay healthy,” Dixon told The Skanner.

“And you’re giving them the chance to talk to their doctors, and you have people there who can speak their language.”

Chappell was hardly alone in pushing for the welfare of his community. At the beginning of the pandemic he helped establish the Coalition of African and African American Pastors (CAAAP), a group of more than a dozen Black faith leaders representing thousands of congregants in the Portland area.

“We already had somewhat of a relationship among us, and when it started, there was money that was being put out by the federal government, and we felt like that money was going to different businesses and going to other community organizations, but the church was left out,” Chappell said. “They were not utilizing or coming to the faith centers, and we expressed the fact that if you really want to be productive to our community especially, you really need to go through the pastors. Include the faith centers. Because we have the greatest asset and access to our people.”

Chappell sat on the Council of Trust for the Oregon CARES Fund, and the coalition became a network of resource- and information-sharing.

“We don’t have a legal organization -- that may eventually come -- but in name and in fellowship we are CAAP,” Chappell said. “It has caused us, instead of being siloed in our own individual space, to come together and collaboratively and collectively.

"We speak with one voice.

"It has been able to demonstrate the love and the cohesiveness of the various faith communities to be one voice with one goal, and that is to enhance and advance the health and wellness welfare of our community. And by working together, we’ve been able, I think, to access more funding. Had we not done that, I’m not sure where we would be right now. But it has created recognition from the city, the county, and the state.”

One of Chappell’s fellow CAAAP members even worked with the Oregon Health Division to share his family’s decision to each receive the Covid-19 vaccine, in a series called “My Vaccine Story.”

As these stories spread, Chappell is optimistic that his community is becoming more incentivized to get vaccinated. In his own congregation, the growing excitement about returning to in-person worship is spurring some to get their first Pfizer shot.

“I’ve heard it all,” Chappell said when asked about congregants’ reasons for not wanting the vaccine.