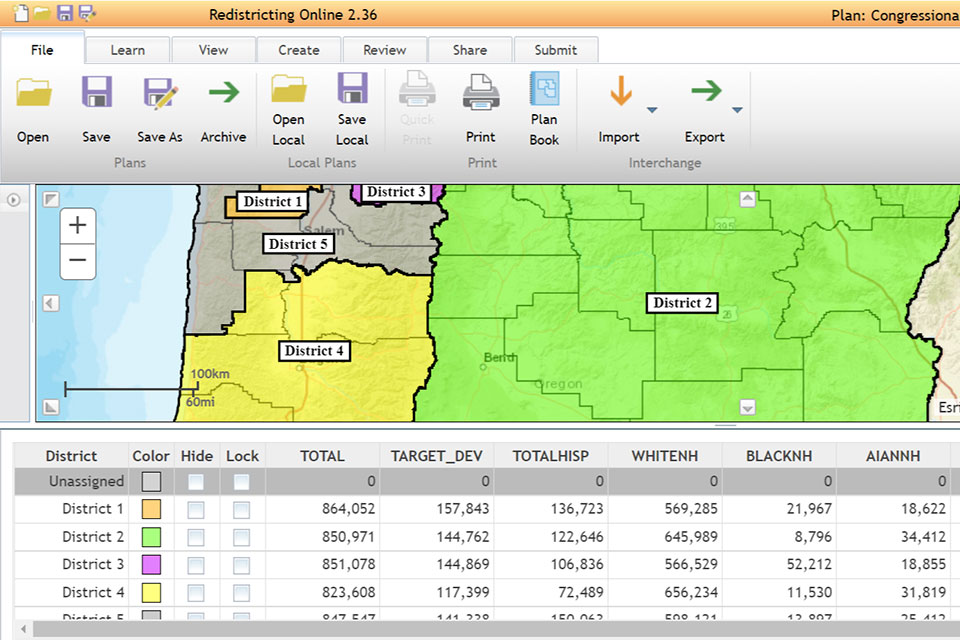 As the state scrambles to create new district maps that will accommodate its additional, sixth U.S. Congressional seat, state legislators are urging Oregonians to participate by giving input--and by creating their own maps. 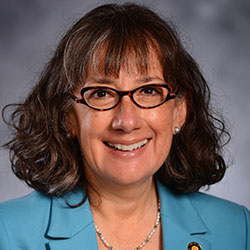 Rep. Andrea Salinas (D- Lake Oswego) is co-chair of Oregon's House Redistricting Committee.State redistricting happens every 10 years in response to demographic information from the U.S. Census. But Oregon rarely gets an additional seat in the U.S. Congress, as it does this time around due to a population boom over the past decade.

“New district lines need to reflect all of Oregon,” Rep. Andrea Salinas (D-Lake Oswego), co-chair of the House Redistricting Committee, told The Skanner, “and it needs to be based in a public process that includes the voices of those who have historically been excluded, especially given where the Legislature has been headed over the last few years and our growing (Black, Indigenous, People of Color (BIPOC)) populations.”

“We now have more people in certain districts than we have in the past,” Frederick told The Skanner.

“It’s also why we’re going to be looking at a smaller footprint for certain districts. For instance, you have a lot of people who have moved into certain areas of Washington County that in 2010, there were no neighborhoods there at all. In my district, I think I have something on the order of maybe 7,000 more people than I did before.”

Salinas added, “We will follow the data, we will follow the trends where Oregon has been really growing: Our Latinx population is now over 13%, and I think it’s 20% for our BIPOC populations in total. I know the areas we grew in, some of them were probably population shifts” like neighborhood gentrification that drove Black populations out, often further east. “But I think in some neighborhoods and in some communities, we’re seeing growing BIPOC populations, especially with the (Asian and Pacific Islander) community and the BIPOC community in the Hillsboro-Bethany-Beaverton area, for example. And also down in the Salem area. So I think given those trends, we want to acknowledge where those population shifts have happened. And for me that means really kind of putting that at the center of some of the work that we’re doing.”

Under Oregon State Statute districts must be of equal population, first and foremost. Each district should use current geographic and political boundaries, not divide communities of common interest, be contiguous and be connected by transportation links.

The latter four considerations provide guidance for elements that should be weighed and counterweighted, Salinas said, in order to create district maps that are “defensible.”

“So I don’t think you’re going to see something that is completely draconian just because Democrats have super majorities in the legislature,” she said. “That’s not going to happen.

"These have to withstand a court challenge.” 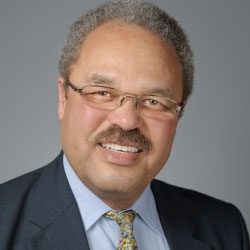 “The thing about the Voting Rights Act and how you have to adhere to it is it starts with the assumption that communities of interest and non-White voters will vote in a manner that is maybe different than their other counterparts,” Salinas said. “What they assume, though, is there is a fear of doing something that will result in a denial or abridgement of any of the rights of the citizens based on their race or color.

“I would say that even if what it looks like is denying that race or group to be in a district together, there could be different arguments, like ‘Well this is on a transportation link, I didn't do this to divide a community of common interest based on race.’ So there’s so many balancing acts within our statutes and within our Constitution I think different factions could make different arguments for. I think it will be incumbent on us to really take a deeper dive and magnify those issues and make sure that we’re giving equal representation and equal voice to all the communities.”

Not Always a Pretty Sight

One thing that district maps in Oregon are not? Aesthetically pleasing.

A perfectly subdivided state would not make sense, Salinas said, because Oregon’s population is not evenly geographically dispersed.

“I think one of the key things that gets missed is that we are talking about the number of people in an area -- not the space, not the land area, not the square footage or the square miles,” Frederick said. “If you have a place like Harney County, there is fewer than one person per square mile. You draw that and it looks like a huge space. But you’re not going to have one legislative district that’s going to be just Harney County.

"It’s not based on the political affiliations of folks, it’s just simply not. That’s not allowed.”

“For better or for worse, people feel comfortable with ‘Oregon kind of looks like a square, so why wouldn’t our districts be in a square?’” she said. “And that’s very simple thinking. This is not a simple process. It’s very complex. And actually what it is asking us to do is to take into consideration what is happening on the ground with real people. And I keep trying to bring myself back to that as well: How is this going to affect real people on the ground?”

She named Indigenous communities as an example.

“Tribal communities sometimes live in certain areas and they have their communities of common interests, but I don’t know what that means for their owned lands -- is it just as important to have the lands included in that? All that needs to be taken into consideration. And I think people on the face of a map, they just see a square.”

She added, “Maybe it looks weird for a real-person reason.”

The committees for redistricting are working under a truncated timeline: Data, normally released in April, was postponed until mid-August due to the impact of the pandemic. The deadlines remain the same.

That means committees will be presenting drafts of their maps on Friday, and public hearings will begin Sept. 8 (see by-district schedules, and sign up to submit oral testimony, here: www.oregonlegislature.gov/redistricting).

The deadline for the legislature to decide on redistricting plans is Sept. 27.

“I can pretty well guarantee you what we propose on the 3rd will be changed by the 18th or 20th,” Frederick said. “It will not be the same thing because we will be hearing suggestions on boundaries.”

For the first time, the state worked with a software firm to develop a mapping application to allow members of the public to tackle the task of redistricting. Using a current district map, users can take new census data into account, follow state statute criteria, and perhaps create a suggestion for lawmakers.

The deadline for Oregonians to submit their own maps online for consideration is Sept. 7 at 5 p.m.

“It is not quite Tetris,” Frederick said. “It’s not as simple as that by any means.”