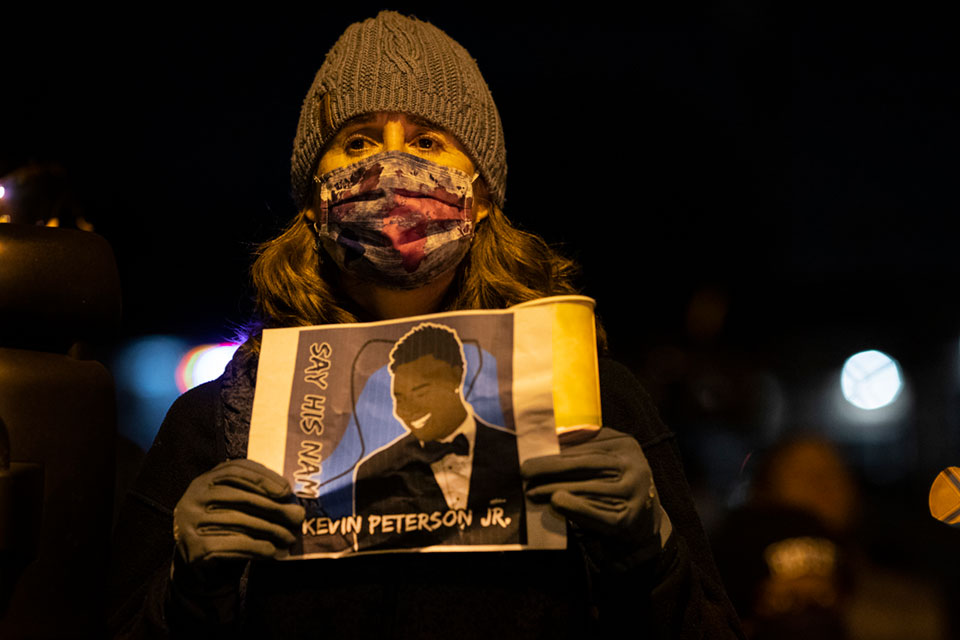 VANCOUVER, Wash. (AP) — The Pierce County Prosecuting Attorney’s Office has concluded that the fatal shooting of Kevin Peterson Jr., a Black man killed by deputies in southwest Washington during an undercover drug investigation, was “justified and lawful.”

Robnett on Monday released a 16-page letter to Golik detailing the legal analysis behind her decision not to charge police.

“It is tragic that Mr. Peterson lost his life,” Robnett wrote. “But he made the regrettable decision to distribute drugs and, in the course of felony drug dealing, threaten to shoot the police.”

Robnett said Peterson was armed when he fled his car, retrieved the weapon after dropping it despite police commands to leave it, and pointed it at police.

She said the law doesn't require police to wait for someone to fire at them before they can act in self- defense. She said officers needed only to believe the use of deadly force was necessary to prevent death or serious injury.

Peterson, 21, of Camas, did not fire his gun, the investigation determined. He died at the scene.

“We are shocked an officer gets to shoot Kevin in the back because he’s tired of chasing him."

And now the two officers who shot at Kevin while he was running are both back at work. This is unfair and unsafe for everyone in the community,” the family said.

The family has filed a $17 million wrongful death claim against Clark County.

Lindquist criticized Robnett’s findings, saying Deputy Robert Anderson told investigators he grew tired of giving commands and had drawn “a line in the sand” before firing at Peterson.

Lindquist also said it's unclear what Peterson pointed at deputies. At one point while he was running, he was on his cellphone with his partner, Olivia Selto. She said he had pointed his phone at deputies to show her he was being pursued.

The police investigation of the shooting included an interview with an unidentified witness who told investigators she saw a Black man walk toward a police car while holding up a cellphone like he was recording or livestreaming. She said she saw the man run from police with what she thought was a cellphone in one hand and a weapon in the other.

Lindquist said it wasn’t until after Peterson was shot that he raised his arm, while on the ground.

The Oct. 29 encounter started as an undercover operation targeting Peterson. Members of a regional drug task force planned to arrest him on suspicion of attempted delivery of controlled substances for allegedly dealing Xanax, the prescription anxiety medication, according to investigators.

Anderson and Deputies Jonathan Feller and Jeremy Brown fired a total of 34 rounds, striking Peterson four times, investigators said. An autopsy by the Clark County Medical Examiner found Peterson had been shot twice in the chest and in his shoulder and arm.

Last month, Brown was shot while on duty and died from his injuries. He was shot as he sat in an unmarked Jeep in a parking lot of an east Vancouver apartment complex, doing surveillance on three people suspected of stealing a stash of firearms from a storage shed in June.