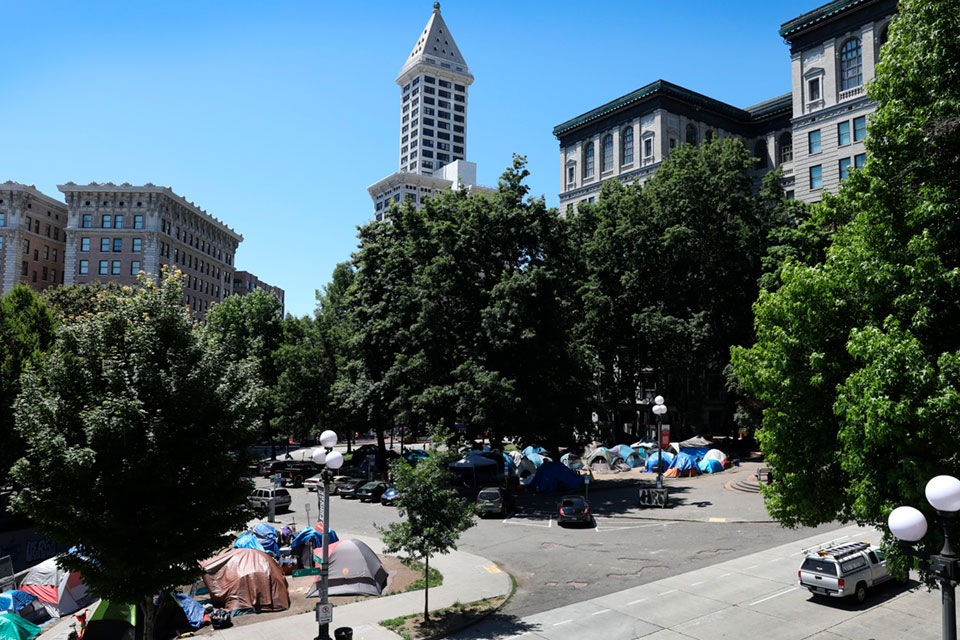 Most of the ground was clear and only a few tents and people remained, The Seattle Times reported. Seventy people at the park were referred to shelters, tiny houses, and hotel rooms, officials said. Only a few people moved their tents elsewhere.

Notices posted on trees say the park will be closed as of Friday morning, and any items left would be removed. The county jail and courts are nearby and crime has been persistent in the immediate area for decades. Recently this encampment has been blamed for high-profile crimes including a stabbing and attempted rape.

After a June fatal stabbing in the park, 33 King County Superior Court judges signed a letter to the city’s parks superintendent asking for the park’s closure. Last week, in response to reports of an attempted rape in a nearly courthouse restroom, more than 250 county workers and supporters marched and urged city leaders to provide housing for people staying in the park, among other things.

There were more than 3,700 unsheltered homeless people just in the city of Seattle at last count in January 2020, and after the pandemic hit, one survey documented a 50% rise in the number of tents citywide.