Brown Throws Support Behind Highway Covers, Connectivity in I-5 Expansion 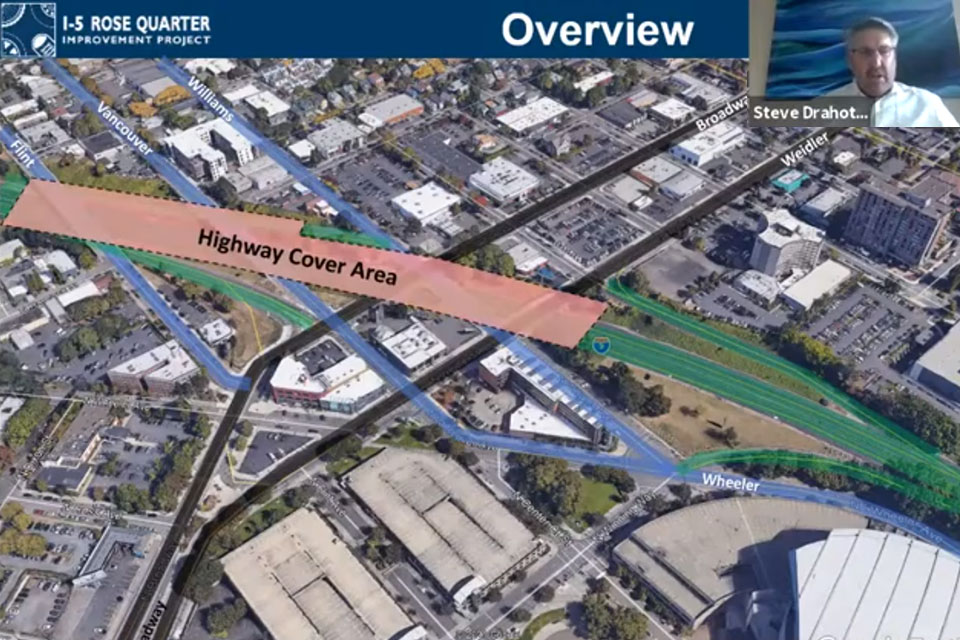 Albina Vision Trust and other groups have praised Gov. Kate Brown for her direction on the contentious I-5 Rose Quarter Improvement Project.

Last week, Brown addressed a joint committee meeting of the Historic Albina Advisory Board, the Community Oversight Advisory Committee, and the Executive Steering Committee to announce her support for a plan that would include a buildable highway cover, prioritize neighborhood connectivity over the freeway, and minimize delay in the project timeline. 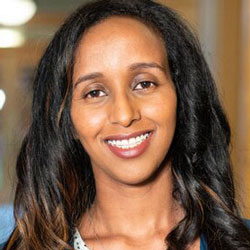 Brown said that over the past few weeks she had hosted conversations with the City of Portland, Multnomah County, Metro, Albina Vision Trust, the NAACP, Raimore Construction, the National Association of Minority Contractors, and the Coalition of Black Men.

“Thanks to your dedication and determination, the project is now on the cusp of moving forward with a highway cover recommendation to the Oregon Transportation Commission,” Brown said. 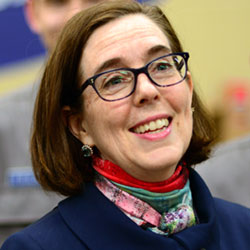 Oregon Governor Kate BrownBrown supports what is referred to as “the hybrid 3” option, which includes a buildable freeway cover that would extend over Weidler and Broadway, and end just over Flint, to create just over four acres of developable land at a projected cost of up to $1.16 billion. The highway covers could accommodate structures of up to three stories.

Steve Drahota, a project manager with the consultant HDR, explained at the joint committee meeting that hybrid 3 preserves the I-5 northbound ramp locations, eliminating the need for extensive loops that were called for in other designs.

“This would minimize impact to the Crown Plaza Hotel and preserve an adjacent Prosper Portland site slated for redevelopment,” Drahota said.

The plan also shifts the southbound interchange to south of the highway cover, near the Moda Center.

“What this does is it creates more space,” Drahota said.

“One of the things this hybrid does really well compared to anything else we’ve been looking at is it checks the box at maximizing that highway cover space,” he said. “It provides a lot. It recreates that street grid over I-5 to restitch the community together. It minimizes construction delays” to no more than 12 months.

“And relocating the I-5 off ramp in the southbound location really enables this on- and off- cover cohesion,” Drahota added. “You’re able to get onto the highway cover without really realizing you’re on a freeway, or crossing over a freeway. And this walkability impact from Flint and Vancouver is really enhanced.”

The I-5 Rose Quarter Improvement Project was proposed to add auxiliary lanes and shoulders on a nearly two-mile stretch of I-5, reducing congestion between I-84 and I-405, where the intersection of the three interstates creates the biggest traffic bottleneck in Oregon.

But this expansion is on the site of what was once the state’s largest Black community, broken apart by the freeway in 1962. More than 300 homes were demolished as part of what had by then become a national trend in placing interstate highways in communities of color, weakening social bonds and economic opportunities for residents who were forced to relocate

Freeway covers, designed to mitigate some of that damage through better pedestrian and road connectivity, became a sticking point for many Black leaders in discussions for the I-5 Rose Quarter Improvement Project. In July 2020, many then-members of the project’s steering committee argued that ODOT’s latest plan failed to include sufficient highway covers that could accommodate affordable housing and commercial structures. AVT had suggested caps that would support six-story buildings; ODOT’s plan would install caps with a 300-pound-per-square-foot live load capacity, which would only accommodate two-story structures.

In June, a group that included the Coalition of Black Men and For the People PDX sent a letter to Brown requesting her leadership on the issue. The group criticized AVT specifically, claiming the group contributed to the delays.

During last week’s meeting with the governor, some of the letter’s cosigners joined AVT and other groups in praising the compromise presented by the governor’s support of hybrid 3.

“I absolutely believe that hybrid 3 represents the compromise we’ve all been looking for,” Brown said. “The hybrid 3 option addresses safety, congestion, and environmental concerns of the original project, while also and most importantly providing a canvas for development opportunities that the community members seek, along with a project timeline that can leave existing contract opportunities in place.”

Brown clarified that major design decisions should still be made locally.

“The state will be a very strong partner, but state should not lead those community development conversations,” she said.

“The community members and the city need to lead that process.”

The decision did not respond to all concerns about the project, however. The governor stated her support for relocating Harriet Tubman Middle School. Under hybrid 3, the school would still be located too close to the expanded freeway, raising safety and air quality concerns.

Also last week, the Portland School Board passed a resolution that would require ODOT to fund the construction of the school elsewhere should the freeway expansion proceed. This would likely cost ODOT more than $80 million.

Yet some stakeholders on the call felt that too little conversation had happened around such a relocation.

“What I can’t ascertain is how racial and restorative justice will continue to be woven through every step of the process,” HAAB member Carlos Richard said.

“What I missed or what I did not see was one of our biggest priorities, I think,” fellow HAAB member Keith Edwards said, “(which) is memorializing the historical piece and having that as part of it...There should be a historical piece so that future generations know about our history, they know about our culture, they know about the fact that we came together in solidarity to try to make something that was going to be lasting for future generations. And that should also show the entrepreneurship that we’ve had in our community as well over time.

“It’s not just about buildings, it’s about culture and it’s about our community.”

Shannon Singleton, director of equity and racial justice for Gov. Brown, said that such conversations would not happen in isolation as the project proceeded.

“How that table is set, what restorative justice is defined to be in the community redevelopment piece, in the Harriet Tubman conversation -- all of those are some of the next steps that we need to continue to hold,” Singleton said.