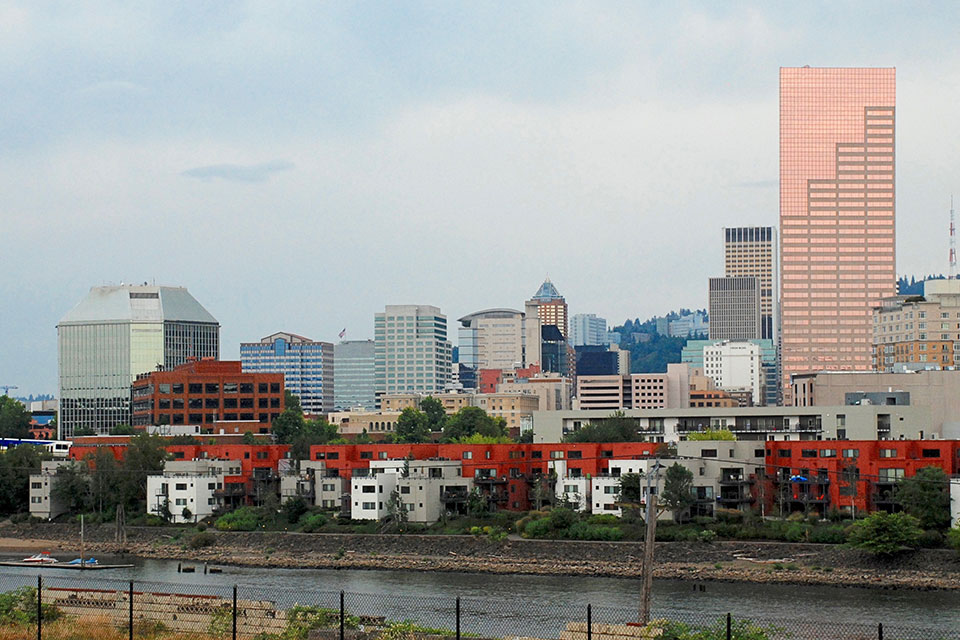 The City Council voted last week to continue support for its Anti-Displacement Action Plan in an effort to mitigate gentrification across the city.

Under the agreement, $100,000 from the Metro 2040 Planning and Development Grant will be included in the bureau of planning and sustainability’s budget for the coming year in support of ADAP, and will subsequently be awarded to the organization formerly known as the Portland African American Leadership Forum (PAALF), now known as Imagine Black, to continue funding a community organizer.

“The idea is that we work together, and do our work with an equity lens, and with an understanding that this kind of work should be led by the community,” Eden Dabbs, public information officer for the city's bureau of planning and sustainability, told The Skanner.

Last year, the council's allocation of a $180,000 grant to PAALF allowed the organization to hire Michelle "Yemaya" Benton as a full-time organizer to work with the city and the Anti-Displacement Coalition. Benton is co-founder of the nonprofit grassroots organization Black Community of Portland, and has a professional background in peer support and mental health.

Executive director Joy Alise Davis confirmed Imagine Black Futures serves as the fiscal sponsor for this project, “This grant amendment furthers several of the community involvement goals in the 2035 comprehensive plan – facilitating the meaningful participation of communities most impacted by displacement historically – and valuing their wisdom and participation as we work toward more equitable outcomes,” the city said in an impact statement. “Funding of the organizer position for an additional year will help create potential for collective impacts beyond what individual organizations could achieve independently.”

“Moving forward, we want to create racially- and income-inclusive neighborhoods,” Dabbs said. “We want to increase access for BIPOC communities for high-opportunity areas -- areas that have amenities, that are walkable, that are close to transit and other services, where people can meet their daily needs without getting in a car, and they can live comfortably within their means, and enjoy the services and the perks of the neighborhoods that we think of when we think of the quintessential Portland neighborhood.

"We want that to be available to everyone, not just people with means.”

The city’s 2035 comprehensive plan included anti-displacement policies and a greater focus on affordable housing. Studies emphasized Portland as among the most gentrified cities in the country: In 2013, the National Community Reinvestment Coalition found that about 20% of Portland had been gentrified. The city has acknowledged that more than 10,000 Black residents were displaced between 1990 and 2017.

Noting that disinvestment in north and northeast Portland, coupled with light rail investments and zoning changes, led to the displacements of many Black residents, the report concludes "We can apply lessons learned from past public investments to ensure similar outcomes do not occur in East Portland, St. Johns, Cully, Brentwood-Darlington, and other places."

While gentrification is often decried for altering and erasing the history and character of neighborhoods, it is also destructive to quality of life for those displaced. Studies cited in this year’s Anti-Displacement Action Plan Foundation Report found the effects particularly deleterious to children: those who experienced forced “residential mobility” experienced increased teenage pregnancy rates, drug use at earlier ages, an uptick in behavioral and emotional problems, depression during adolescence, poorer academic performance, poverty, lower life expectancy and interruption to healthcare overall.

A Call for Community

But as Dabbs pointed out, displacement is also an issue of climate justice. With unprecedented heat waves expected to become more common, notable disparities in temperature are evident even between neighborhoods.

“There’s a dearth of trees in East Portland, and that’s primarily because it was populated during the 40e and 50s, and back then car was king,” Dabbs said. “(Design) was all about the roads, just pave everything over, cut down those big beautiful Douglas fir trees so you can have more places to drive your car. And so now we’re dealing with heat islands.

"East Portland is hotter, and a big reason is there’s more asphalt that captures and retains heat.”

With Portland City Council’s recent update of its design review process, she said, and an overhaul of its design overlay zones, city code will call for more “designing for climate change,” which will include more greenspaces.

“The more people we get in these equitable amenity-rich communities,” Dabbs said, “the more we can mitigate climate change, because people won’t need to get in their cars as much, presumably there will be more trees and more facilities for cooling centers, and homes that are designed to deal with the effects of climate change: increased heat, fire, wind.”

To increase community participation, BPS plans to host a series of workshops in the fall to train members of the community interested in anti-displacement work. For more information on ADAP, visit www.portland.gov/bps/adap.