Seattle Mayoral Primary Will Be a Test of Progressive Movement 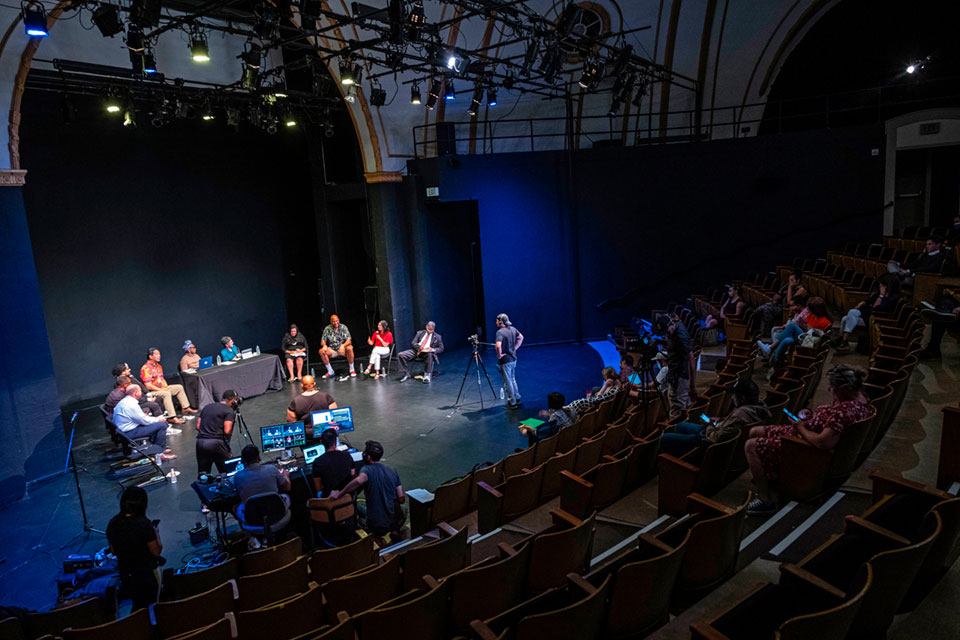 SEATTLE (AP) — A year after racial justice and anti-police demonstrators took over part of Seattle's Capitol Hill neighborhood, there are lines outside the restaurants in and around the former protest zone.

Pickup soccer games and dog owners playing fetch dominate a park formerly occupied by a tent encampment. Corn, kale and zucchini flourish in a community garden dug by the protesters, next to the letters “BLM” fashioned from lengths of hose.

The election comes weeks after Democratic primary voters in New York's mayoral race chose a centrist former cop who balked at calls from the left to “defund the police.” The question is whether voters in overwhelmingly liberal Seattle will also back moderate candidates who reject pleas to reduce police budgets or candidates who support the agenda espoused so forcefully by protesters during last summer’s rallies.

Many residents are frustrated, with large swaths saying the city is on the wrong track. Six years after the city first declared homelessness an emergency, Seattle remains mired in a humanitarian crisis, with tent encampments and open air drug use a feature of many neighborhoods.

Meanwhile, as gun violence soars in Seattle and other major cities, there has been so much attrition at the Seattle Police Department that officers take several hours to respond to nonpriority calls.

“These people need to get down to business and clean up the mess in this city,” said Joe Howard, a Black 48-year-old financial trader who lives on Capitol Hill and decried the “disorganized nonsense” of the protest zone. “I understand you want to open up society, you want a fair and equitable society, but just being airheaded about things behind a liberal ideology is not going to achieve that.”

Fifteen candidates are seeking to advance to the November election. Seattle’s elections are nonpartisan. The top two-vote getters Aug. 3 will face off in the general election.

Mayor Jenny Durkan, who was heavily criticized over her handling of last summer’s protests, cited the need to focus on the city’s pandemic response as a reason for not seeking a second term.

Among those vying to replace her are Bruce Harrell, a former City Council member endorsed by the business community; City Council President M. Lorena González, a civil rights attorney who has strong support among labor groups; Colleen Echohawk, the recent executive director of Chief Seattle Club, a nonprofit that builds affordable urban housing for Native Americans; and Jessyn Farrell, a former state legislator who is a leading advocate for mass transit.

Several have compelling personal stories. Harrell grew up in Seattle's Central Area, a redlined neighborhood; his father was a Black transplant from the Jim Crow South, and his mother's family was Japanese and interned during World War II. An attorney, he served three terms on the City Council, advocating for police accountability, before retiring in 2019 amid tough reelection prospects.

Echohawk, whose grandmother fought for decades to secure her family’s right to subsistence fishing in the Alaskan interior, is Pawnee and Upper Athabascan. She has served on the city's Community Police Commission and would be one of the first Native people elected mayor of a major U.S. city.

A group of candidates in the race for Mayor of Seattle takes part in a forum focused on arts and culture, Thursday, July 22, 2021 at the Langston Hughes Performing Arts Institute in Seattle. The city's mayoral primary election will be held on Tuesday, Aug. 3. (Dean Rutz/The Seattle Times via AP)

González's parents were migrant farmworkers in central Washington; she picked cherries as a child before becoming a lawyer and representing victims of police brutality. As council president she has helped pass a payroll tax on big corporations, such as Amazon, to pay for city services, as well as worker protections such as a secure-scheduling law.

But González, and to a lesser extent Harrell, could suffer from their ties to the council.

“Voters see the problems this city is facing, like homelessness, getting worse,” said Sandeep Kaushik, a Seattle political consultant who is not involved in this year’s campaign. "They don’t see City Hall offering solutions, and they blame what they see as the overly ideological, performative and scattershot approach of the City Council.”

That includes the council's response to last summer's protests.

Amid nightly conflict that was sometimes worsened by the Seattle Police Department's heavy-handed response, officers abandoned a precinct building on Capitol Hill; protesters seized a several-block area, set up barricades and declared it a police-free zone.

It featured free-speech circles, mutual aid tents and movie screenings, but was derided by then-President Donald Trump and conservative media, and its atmosphere grew more menacing as time wore on. The city cleared it out after more than three weeks, following multiple shootings.

Much of the City Council — including González — embraced activists' calls to “defund” the police in favor of unarmed responses to crisis calls and increased spending on services to avoid crime. But votes to reduce the department by as much as 100 officers and to cut the command staff's salaries backfired when Carmen Best, the city's first Black police chief, who had deep support among minority communities, quit in protest.

More than 200 officers have left the department since the protests.

“You had a majority of the council that embraced a significant policy move without much analysis or consideration," said Jon Scholes, president of the Downtown Seattle Association. “Now it’s had to retreat from it, but they did a lot of damage."

He suggested the candidates could learn from the city's pandemic response: Once Seattle became the first region hit by the virus, government, public health officials and business leaders pulled together to respond. The government was transparent about what was working, adjusted what wasn't working, and weathered the crisis better than many other urban areas.

No one is coming 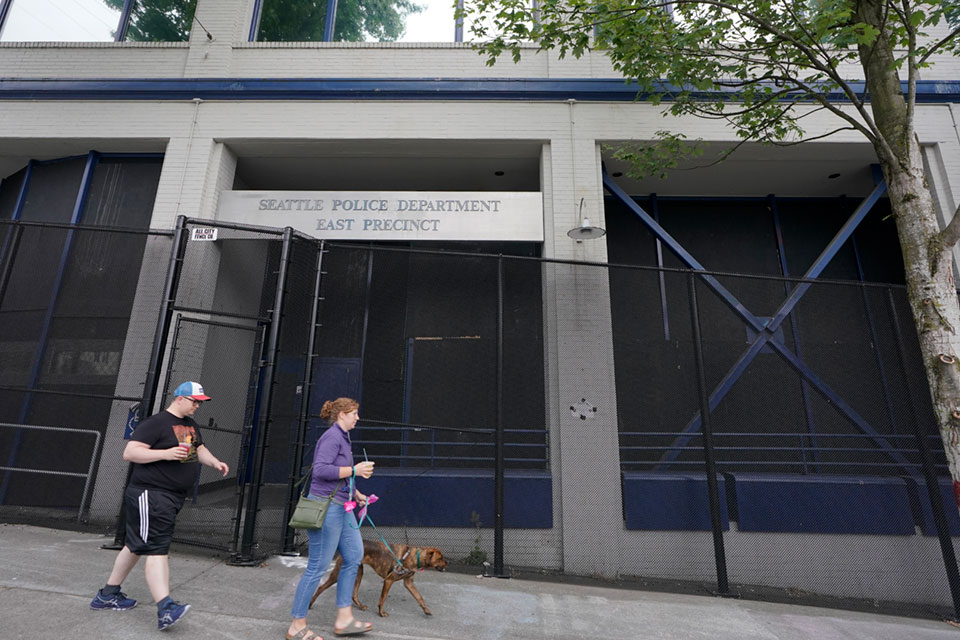 Pedestrians walk past the Seattle Police Dept. East Precinct headquarters, Saturday, July 31, 2021, in Seattle in an area that was occupied last year when demonstrators took over part of the city's Capitol Hill neighborhood. The issues of policing, equity, disorder and homelessness will be factors in Seattle's mayoral primary on Tuesday, Aug. 3. (AP Photo/Ted S. Warren)

Annie Campbell, 36, owns a salon and works as a cashier at a news stand on Capitol Hill. She supported the Capitol Hill Occupied Protest in the beginning, but then it turned hostile. She didn't feel safe in her neighborhood because “there was madness outside — there was stuff on fire.” She called 911, and dispatchers told her no one was coming.

It gave her an idea of what she wants in a mayor.

“Somebody who is ready for anything,” Campbell said.