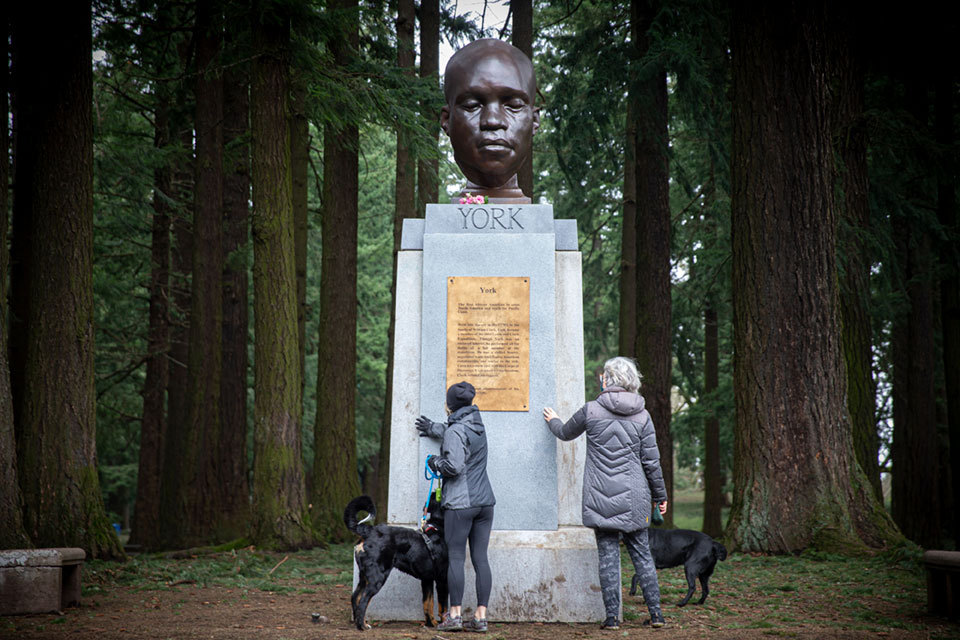 PORTLAND, Ore. (AP) — A statue in Portland, Oregon, commemorating York, an enslaved Black member of the Lewis and Clark expedition, has been toppled and damaged, officials said.

A spokesperson with Portland Parks and Recreation told KOIN 6 News that the bust was torn from its pedestal and significantly damaged Tuesday night or early Wednesday. A park visitor notified a maintenance worker on Wednesday.

The bust mysteriously appeared in February on a pedestal in a park in southeast Portland where a statue of Harvey Scott, a conservative and longtime editor of The Oregonian who opposed women's suffrage, stood until it was torn down. It remains unclear who created or placed the bust of York.

“Unfortunately, the numerous racist responses to the memorial of a Black man forced to participate in the Corps of Discovery Expedition have not been a surprise,” Portland Parks and Recreation Director Adena Long said. “The latest act of vandalism is incredibly disappointing for me, and I’m sure the majority of Portlanders will miss seeing York at the top of Mt. Tabor.”

The shattered bust was cleaned up and cleared from the area on Wednesday. Long says department staff will determine if it can be salvaged.

The statue was previously defaced in June. A woman accused of vandalizing the bust with spray paint was cited by authorities, KOIN 6 News reported last month.

Following the Lewis and Clark Expedition, everyone but York was rewarded with money and land. York demanded freedom as a reward for his services on the expedition, Historian Stephn Ambrose wrote. But Clark refused. Clark later claimed that he’d freed York. Historians haven’t been able to verify that.