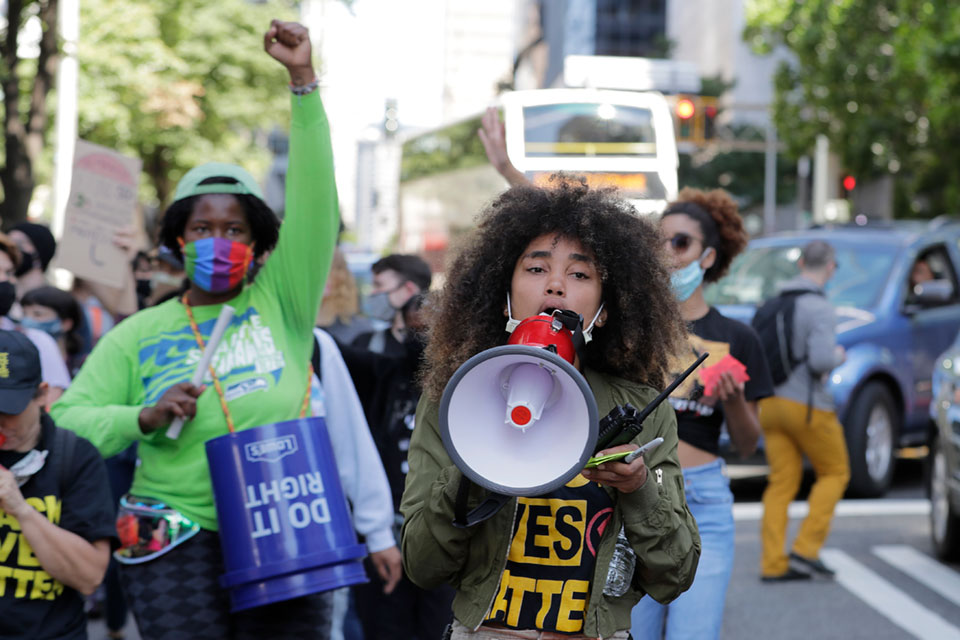 The greatest disparities were found in incidents where force was used against young people. The report said while Black people make up 7% of the city's population, "most children and young people who were subjected to SPD (Seattle Police Department) force were Black.”

The report, finished in January and posted without fanfare on the police department's website July 15, was compiled by the Center for Policing Equity, a Los Angeles-based social justice and policing think tank. It analyzed Seattle Police Department data on tens of thousands of citizen interactions between 2015-2019.

Interim Seattle police Chief Adrian Diaz declined to be interviewed and said in a statement, "The SPD will not hide from the hard work ahead but will embrace our mandate to end bias in policing."

The report noted that the data was incomplete and that officers failed to fill out race-related information on roughly 1 of every 6 use-of-force reports examined.