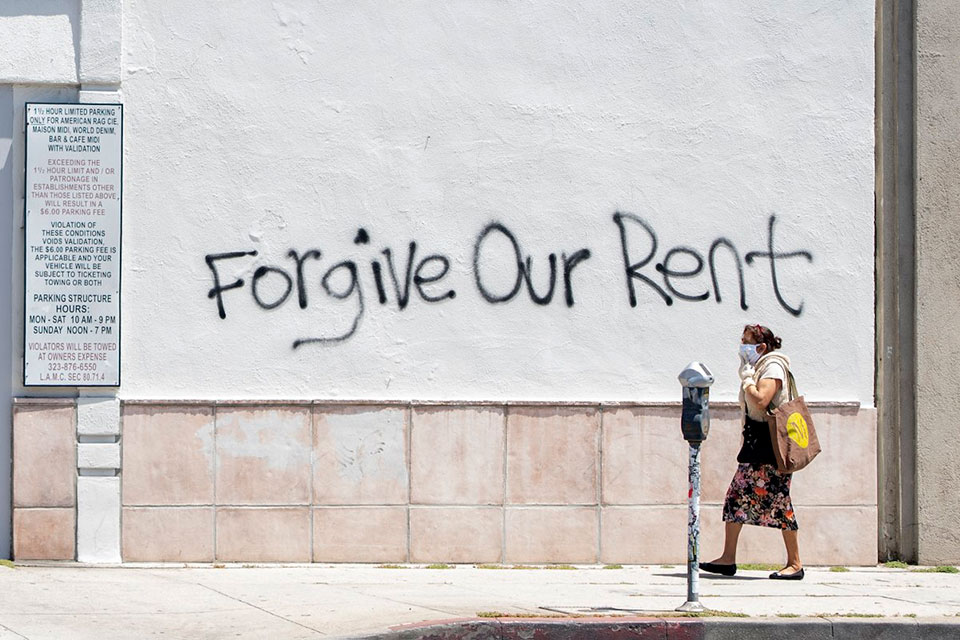 With the state declining to extend the eviction moratorium further, the Multnomah County Board of Commissioners has voted to give a 90-day period of protection to tenants who can show documentation that they have applied for rent assistance.

A statewide moratorium on all evictions enacted to protect tenants during the pandemic expired last month, despite a push to include an extension in the recently passed Senate Bill 282. Under that provision, tenants cannot be evicted for back rent owed from April 2020 until June 30 of this year, and they now have until February 2022 to repay landlords. But SB 282 did nothing to ease the minds of tenants who are still unable to make rent this month and any time after.

Senate Bill 278 established a 60-day period of reprieve for tenants unable to pay current rent but actively applying for rental assistance from the state. County officials argued, however, that an additional 30 days would be necessary to accommodate the unprecedented number of applications the state, county and its partners had received for the funding. 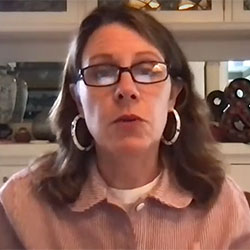 Deborah Kafoury, Multnomah County Board of Commissioners Chair“In the years prior to the pandemic, our short-term rent assistance network had been responsible for distributing roughly $10 million a year,” County Board of Commissioners Chair Deborah Kafoury said during the July 8 regular session. “Together with our partners at the city of Portland and our nonprofit service providers, we now have almost $100 million to distribute in a short amount of time.”

She added, “For Multnomah County, where the need is estimated to be twice as high as all other Oregon counties combined, many of our providers will likely need more than 60 days to completely work through every application for assistance.”

Commissioners heard that the grace period should be regarded as a "floating timeline" that can be triggered by a request for rental assistance at any point between now through March of next year. In other words, tenants who are able to make rent this month, but unable to do so in September, can still benefit from the 90-day extension.

“The challenge is volume,” Samolinksi said.

The additional time would also be a boon to the community-based rental assistance network comprised of 43 local organizations, she said.

“It’s a person-centered work. It relies largely on human beings on our end and on the client end and the tenant end to complete that work. Time is critical.”

Liam Frost, senior policy advisor for Kafoury, said the state had provided 10 full-time staff members who will identify incomplete applications for rental assistance, then reach out to those tenants to help them complete the filing process.

An additional four full-time staff will be hired to field calls at 211, a resource hotline that connects Oregonians to social and health services. Even those who receive an eviction notice can contact 211 for guidance on securing rapid-payment assistance.

“We are trying to intervene from the moment when someone believes they cannot pay their rent all the way up to a court date,” Frost said.

“We are trying to provide interventions at every stage.

"One of the main points will be 211, because in the eviction notices, as set by SB 278, landlords must include 211 as a resource in those notices.”

While some landlord and property management groups have objected to the extended timeline, commissioners and their staff urged patience during what they described as a once-in-a-century crisis.

Jayapal pointed out that SB 278 increases the protection for landlords as well. Previously, landlords taking part in the state’s $150 million Landlord Reimbursement Fund agreed they would accept 80% of what was owed them, then forgive any other outstanding pandemic-era debt from tenants. SB 278 allows landlords to collect 100% of what was owed, and potentially compensates them for future unpaid rent in the coming months.

A Matter of Public Health

The board was unanimous in agreeing that the pandemic is not over.

“That moratorium expired, and Gov. Kate Brown lifted nearly all the Covid-19 restrictions,” Kafoury said. “And while these changes may make the end of the pandemic feel closer for many people, for thousands more -- those who are waiting for their jobs to return, or people who remain unvaccinated -- the crisis continues.” 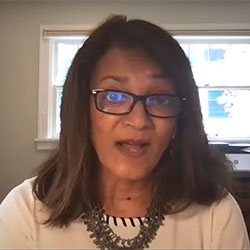 “National data shows us that the neighborhoods with the highest eviction rates are those with the lowest vaccination rates,” Jayapal said, “and that renters of color are likely to be most at risk of eviction, and people of color, especially Black and Latinx people, continue to be those most at risk of COVID.”

She added, “As we heard in our public health briefing last week, Black and African American people are 40% less likely to be immunized than White people, twice as likely to test positive, and 80% more likely to be hospitalized. So there continues to be this overlapping public health and economic crisis, and the people that are caught between those sort of tectonic plates are the ones who are most vulnerable and continue to be vulnerable.”

Jayapal said she believed the state should have extended the eviction moratorium, and that when it failed to do so, the county should have instituted its own.

“We wouldn’t have been alone in doing that,” she said. “Washington and California have extended their moratoriums, as have San Francisco and Los Angeles counties, the city of Seattle and many others.”

Findings issued by Portland State University’s Homelessness Research & Action Collaborative in February put the upper-end estimate of total rent owed in Oregon for this period at about $378 million.

The PSU report concluded that allowing evictions to be carried out could cost the state up to $3.3 billion in costs associated with displacement -- although that amount does not include increase in the demand for public assistance or the costs associated with increased COVID transmissions among the newly unhoused.

“Our ability to get rent assistance out the door is the critical element that will prevent an eviction tsunami,” Commissioner Sharon Meieran said.

“And it is incredibly hard to re-stabilize after eviction and homelessness.

"Kids’ education is disrupted, and people lose their belongings and it becomes even harder to be employed -- those paths out of homelessness are so challenging for individuals and families, and also so resource intensive for local government. And so it is critical that we be doing everything we can to keep people in their homes, and recognizing how hard this period has also been for landlords. That this is an ecosystem, and working as best we can to ensure that that ecosystem is as healthy as possible as we are emerging from this crisis.”

For more information on applying for rent assistance, visit www.oregonrentalassistance.org or call 211.