Sha’Carri Richardson Bolts Into History and Into Tokyo Olympics 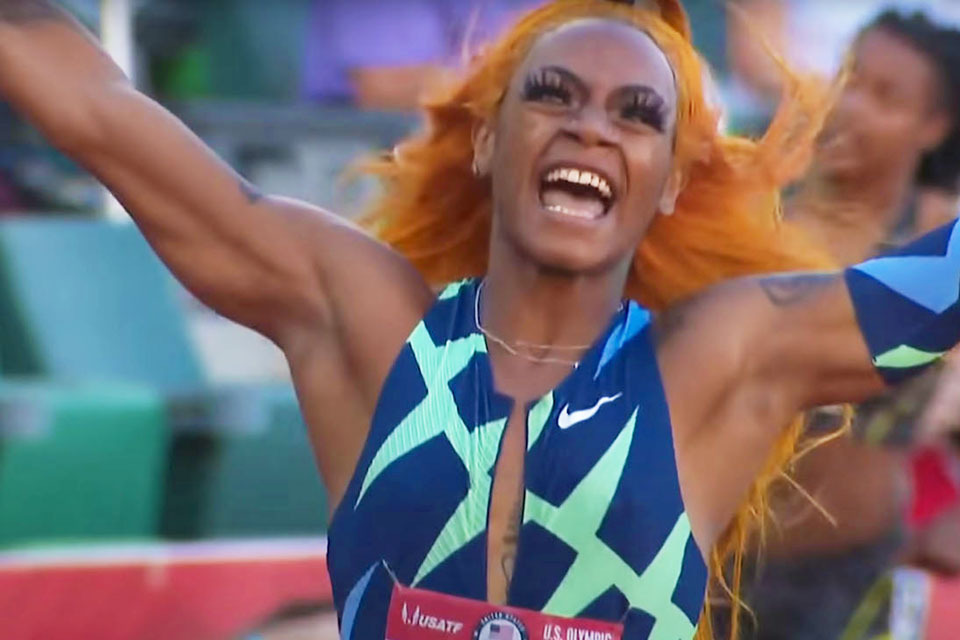 With lightning-like quickness and a will to dominate, Sha’Carri Richardson is on her way to the Olympics in Tokyo.

The 21-year-old native of Dallas, Texas, won the women’s 100-meter final during the U.S. Olympic Track and Field Trials.

Richardson’s victory came in just 10.86 seconds – amazingly, it was an eye-lash slower than her head-spinning performance in the semifinal heat, where she crossed the finish line in just 10.64 seconds.

Many are comparing the Olympic-bound track and field star to greats like Florence Griffith-Joyner, and Gail Devers.

Richardson has remained humble, and she credits her grandmother, Betty Harp, for much of her success.

“My grandmother is my heart, my superwoman,” Richardson told Runners World.

“To have her here at the biggest meet of my life, it’s just amazing. That probably felt better than winning the races, just being able to hold her after becoming an Olympian.”

Already turning heads in and around the sport, Richardson further raised eyebrows when she dominated the U.S. Olympic Track & Field Team Trials in Eugene, Oregon.

Jumping out to a fast start, Richardson appeared to purposely slow down toward the end of the race and point toward the clock, which registered her dramatic timing.

“Nobody knows what I go through,” Richardson said in a post-race interview with ABC.

“Everybody has struggles, and I understand that. But y’all see me on this track, and y’all see the poker face I put on. But nobody but [my family] and my coach know what I go through…and I’m highly grateful to them. Without them, there would be no me.”

If you haven’t seen it yet, @itskerrii’s race at the Olympic Trials is something to behold—but her grace and grit in this interview might be even more special. We are all so proud of you, Sha’Carri! Can't wait to see what you do in Tokyo! 👏🏾pic.twitter.com/QPbAQLzF7d