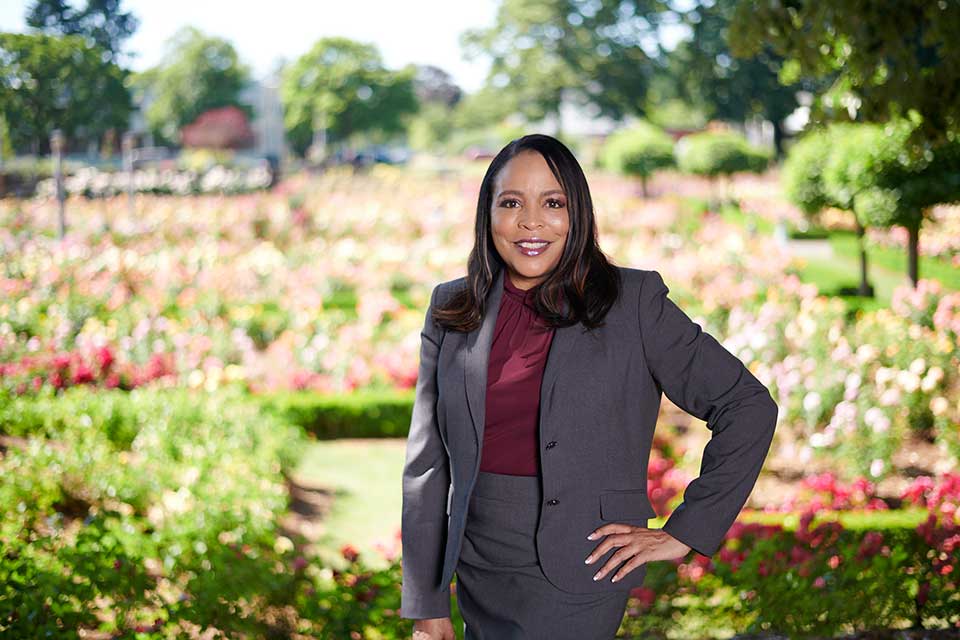 “Watching President Biden, he’s being very bold and aggressive,” Smith told The Skanner shortly before announcing her candidacy. “I think this congressional seat is going to require someone as bold and aggressive to fight those barriers for communities of color, low-income communities, poor folks, who really did not survive well through this pandemic.”

In April, the U.S. Census Bureau announced that Oregon would receive a sixth congressional seat as a result of its nearly 11% population increase over the past decade. Oregon had not gained a new representative in more than 40 years.

Now, as the state figures out how to redraw boundaries to accommodate a sixth district, Smith says she was called to run “so that everybody can thrive, not just survive.”

“I’m running for Congress to tear down the barriers to progress and build pathways to equal opportunity,” Smith said in confirming her candidacy to The Skanner.

Smith was born in Michigan and spent much of her childhood there, where her mother worked as a union auto work and Head Start teaching assistant, while also often visiting Portland, where her grandparents had moved to work in the Kaiser Shipyards during World War II. Her father resided there, too, working at a steel mill while also making a name for himself as a boxer. 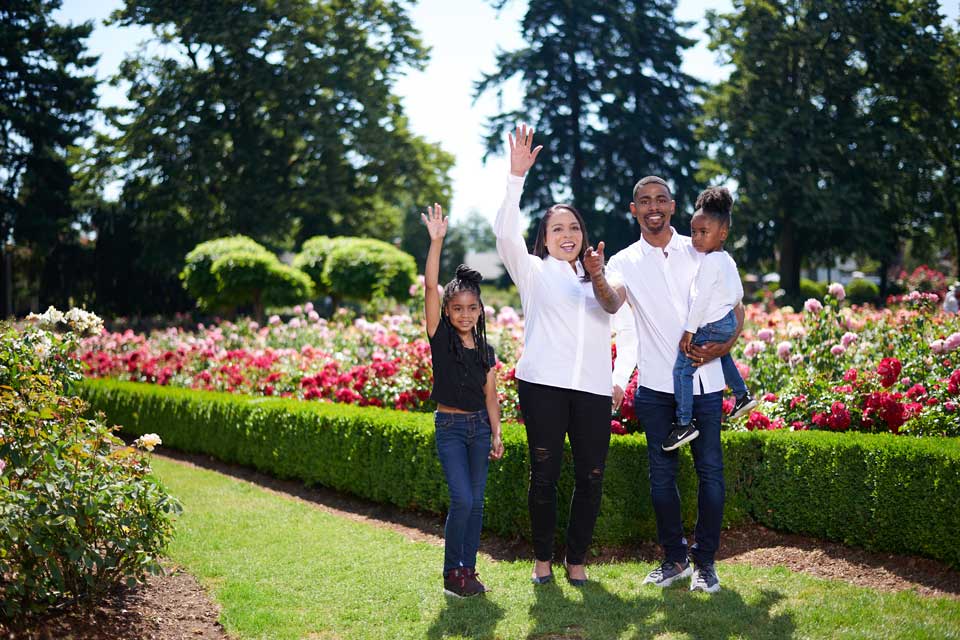 Loretta Smith with her son Jordan and granddaughters MaLayah and Ada.Inspired by a cousin who was enrolled at Oregon State, Smith also applied to the school without having visited. She attended and graduated, she said, with the help of supportive grandparents and aunts.

Smith then worked for Sen. Ron Wyden for more than 20 years, starting as a receptionist and ultimately becoming his Multnomah County field representative. By then a single mother to son Jordan, she was then elected to an open seat as Multnomah County Commissioner in 2010, where she distinguished herself as an advocate for the elderly and for youth, specifically supporting and propelling the SummerWorks PDX youth employment program which offered paid internships and job coaching to disadvantaged and marginalized young people.

When Smith decided to run for Portland City Council in 2018, Wyden both endorsed and contributed to her campaign.

That run proved rocky, as close scrutiny of her spending practices in office was publicized alongside accusations of harsh treatment of staff, which Smith denied. In response, she requested a county human resources investigation that found allegations Smith “bullied” some staff to be credible, but unsubstantiated since such episodes would have happened in closed-door, one-on-one meetings. The report concluded that Smith had on occasion misused her work-issued debit card on personal expenses but had later paid the county back.

The run also took place after Smith successfully proved in June 2017 that the state had been erroneously garnishing her wages over back taxes she did not actually owe, the result of an IRS mistake.

Smith lost to Jo Ann Hardesty. She came much closer to a city council position in the 2020 special election to fill the late Nick Fish's seat, receiving 48% of the votes in a runoff and narrowly losing to Dan Ryan.

“It was so overwhelming in many ways, but it was so liberating,” Smith said, “because in my run during COVID and the economic downturn and being on lockdown,

I think I brought more voices that would ordinarily not have been part of the conversation.”

After leaving the Multnomah County Board of Commissioners, Smith established her own government relations and advocacy consulting firm, working with nonprofits around the implementation of the Student Success Act and recently collaborating on a bill to strengthen the Oregon Youth Employment Program. That bill passed out of the Oregon House Joint Committee on Ways and Means last week.

“I think I have the drive, the commitment, the track record,” Smith said, “and being the first African American (from Oregon) as a member of Congress, it is a badge of honor that I am willing to carry.

And it is also a burden I’m willing to carry.”

Known for a focus on public safety, Smith said she welcomed the position to work more effectively on rethinking how law enforcement operates in Oregon and beyond.

“Being able to create policies at this moment, at this time, I think criminal justice reform is something that we have to get done,” Smith said. “With the police mentality that’s happening not only in Portland, not only here but in other states, we have to make sure that we protect every citizen.”

Smith supports the George Floyd Policing Act, which she said is similar to the approach to criminal justice reform she promised during last year’s city council run.

“It takes qualified immunity off the table,” she said. “It prevents police from using the chokehold, it prevents people from using the harmful teargas, and it will establish a directory that will tell folks when you have police officers who have had a history of police brutality; they will be put in a data bank. Until we actually have those three things taken care of, we’re going to continue to see, in all our communities across the country, there are going to be George Floyds everywhere.”

The open congressional seat came as Smith found herself increasingly frustrated at the revisionist narrative “Donald Trump Republicans” were telling about the deadly attack on the U.S. Capitol three months prior.

“I saw that they were taking a blind eye to what was happening Jan. 6, and I thought I can’t just let this go,” Smith said. “We need to be speaking up loudly and clearly and boldly that that was a very big deal, and now Donald Trump Republicans, they’re telling a lie, they’re trying to tell a different history than what we know. I think that we can’t allow them to misrepresent history.

"We have to be able to be truth-tellers in those very important congressional seats.”

Smith added, “And the Republicans, they have a voice. It’s 50/50 in the U.S. Senate. We cannot afford that this seat would go to a Republican. I figure it’s going to be a purple-ish seat, probably leaning Democrat. But we still have an opportunity to maintain the House, if we get this sixth seat…We need to make sure we have someone who is a truth-teller.”